That Trip We Took with Dad: Diving into subjective history

Anca Miruna Lazarescu’s first feature, That Trip We Took with Dad [+see also:
trailer
interview: Anca Miruna Lazarescu
film profile], made its German debut at the Munich Film Festival, has just been shown in Romania within the selection of the KINOdiseea Film Festival, an event dedicated to children and teenagers, and is now screening at Tallinn's Black Nights International Film Festival. A powerful coming-of-age story deeply rooted in the history of Lăzărescu’s family, the 1968-set drama compensates for its shortcomings with great heart, and also with an invitation to a debate on the very diverse perspectives we have on the past.

Lazarescu was born to a German family in Romania and moved to Germany soon after the 1989 Revolution. Her perspective on the events of 1968 that shook all of Europe is deeply personal, as many of the events in the film happened to her father, then a teenager. The film follows 18-year-old Emil Reinholtz (the extremely promising Razvan Enciu, who invites comparison with a young Heath Ledger) and his older brother Mihai (Alexandru Margineanu from Cristian Nemescu’s California Dreamin’ [+see also:
trailer
film profile]), who live in the Romanian city of Arad together with their ailing father, William (Ovidiu Schumacher). Desperate to save him, Mihai is willing to do anything in his power, including becoming a reluctant informer for the much-feared Securitate, the communist secret police.

His controversial efforts to prepare a trip to Dresden, where he has already arranged for his father to be operated on by a famous neurosurgeon, puts a strain on his relationship with younger Emil. But the real adventure starts when the boys and their father leave for Dresden in the summer of 1968, their itinerary being hijacked by the invasion of Czechoslovakia.

Weighed down in the first half by some over-the-top acting and the screenplay’s one-note approach to the seemingly always bickering family, the story starts to breathe more easily as the protagonists watch history being made around them. Their experiences give a very Romanian, and probably an unexpected, perspective on the political situation in 1968, and also on the socialist enthusiasts that the family meets in West Germany. A love story with Ulrike (an expressive Susanne Bormann), a countess who dreams of a society unburdened by inequity, gives rise to a change of tone in Lazarescu’s feature, which playfully suggests that love is always the catalyst for life-changing decisions.

Aided by excellent art direction, this incredibly ambitious first film succeeds in reviving – bathed in a warm, almost nostalgic light – an era when dreams of a better future were woven with enthusiasm. An aloof viewer may immediately label these dreams as naïve (which they are, as history has taught us), but That Trip We Took with Dad manages to involve the audience with its convincing coming-of-age story of how people do best when forced to face the pranks of destiny.

more about: That Trip We Took with Dad

"The soul of the story is extremely authentic"

Anca Miruna Lazarescu talks about That Trip We Took with Dad, a deeply personal story inspired by the pan-European misadventures of her father.

Interview: Anca Miruna Lazarescu • Director of We Are the Wave

German Films chatted with Romanian-born, Germany-based director Anca Miruna Lazarescu, who has recently released her new series We Are the Wave on Netflix

The second feature by Romanian director Anca Miruna Lazarescu, who has lived in Germany since her childhood, is a comedy-drama about a little girl who wants to save her big sister

The most popular domestic release was Nae Caranfil's 6.9 on the Richter Scale

Alexandra Bălteanu explores abuse and prejudice in her social drama, currently screening at the Transilvania IFF

2017 will welcome an extensive rejuvenation of Romanian cinema

That Trip We Took with Dad: Diving into subjective history 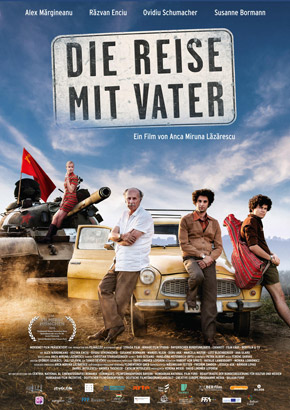 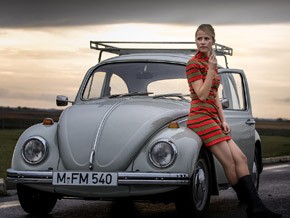 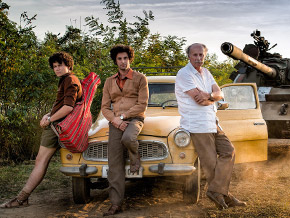 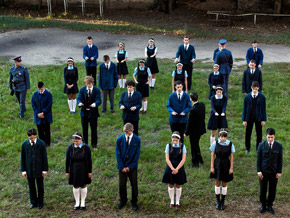 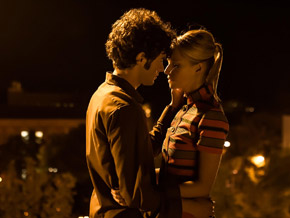 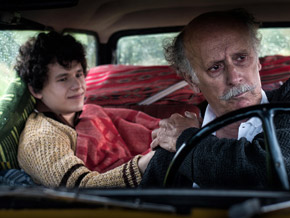 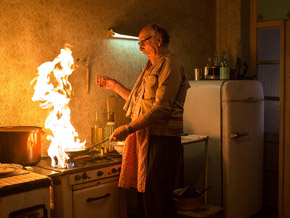