Step by Step: "Your disability will be your biggest defining feature"

12/12/2016 - Grand Corps Malade and Mehdi Idir bring us a formidable debut feature which is highly accurate, funny and moving

Pablo Pauly and Yannick Renier in Step by Step

"You have to start to understand that your life will never be the same again." When 20-year-old sportsman Benjamin opens his eyes in hospital, he has just had an operation following an accident, diving one night into a swimming pool that wasn’t full enough for fun. Having broken his neck, he has been left a tetraplegic, confined to a bed, with slim chances of regaining any feeling or mobility. A cruel mishap which actually happened to famous French slam poet Grand Corps Malade in his youth, who talks about his rehabilitation in his book, which he has now brought to the big screen with co-director Mehdi Idir in Step by Step [+see also:
trailer
film profile], an exceptional film which is accurate and dynamic, both very funny and deeply moving at the same time.

By systematically turning its back on excessive sentimentalism and melodrama, this mainstream (in a good way) debut feature shines with its healthy simplicity and deep sense of humanity. It is a remarkable story about surpassing your limits, and friendship without pretense in extreme difficulty, which nonetheless doesn’t shy away from the relentlessly harsh physical and psychological reality of the five young protagonists of the film, who get no respite in their daily lives and have a big question mark hanging over their futures. An incredible life lesson, delivered through a strong and lucid take on disability, which completely enthralled the audience when it was screened out of competition at the opening of the 8th Les Arcs European Film Festival.

Opening with the cry of a nurse, "whose is this tetraplegic?", Step by Step follows the year-long stay of Ben (Pablo Pauly) in a rehabilitation clinic, and sketches out a flawlessly truthful portrait of the different stages in his very long-term quest for "verticalisation": being able to stand up. An aim which is almost an unattainable dream when he starts off trying to touch his thumb to his index finger, when he’s fed and washed like a baby, and when "time passes differently to before". But breakthrough moments of progress (when he manages to grab the TV remote, pass the salt in the canteen, steer a wheelchair through the endless corridors of the main setting for the film, or put one foot in front of the other with the help of parallel bars) are sources of joy as intense as the fear of failure, the boredom of day-to-day hospital life, Ben’s dark thoughts and anxiety about the future. And through willpower and an acute ability to self-deprecate, Ben finds companions in misery along his way, who help and support him: Farid (Soufiane Guerrab), Toussaint (Moussa Mansaly), Steve (Franck Falise), Eddy (Rabah Ait Oufella) and the pretty Samia (Nailia Harzoune). A little group of diversity ("where are the upper-class people, the Pierre-François?") welded together by a relentlessly dark humour that nonetheless doesn’t block out the dramatic side of these lives hanging on highly fragile hopes.

Excellent young actors, dark stage direction, inventive editing which accelerates time in places, an admirably contained emotional power, a deep portrayal of French society in the Parisian suburbs, a meticulous immersive journey into the medical world, the story of a personal and collective fight to live and endure disability: Step by Step assumes its stance as a tragicomedy fuelled by watertight realism with panache. An overall very successful move resulting in a film that injects a life-saving ray of light into the dark and will know doubt do deservingly well at the box-office.

Produced by Mandarin, Step by Step will be released in France on 1 March 2017 by Gaumont, which is also selling the film internationally.

more about: Step by Step

Pablo Pauly, Hafsia Herzi and Romain Eck star in the cast of Florent Gouëlou’s first feature film, a Yukunkun production set to be sold by Pyramide

With this his first feature film, the German director of Iranian origin Alireza Golafshan puts his name to a good-natured comedy on disability and tax evasion

The French actor and the Swiss actress top the bill of Yassine Qnia’s first feature film, now in post-production courtesy of Why Not Productions

Antoine Bertrand, Philippe Rebbot and Côme Levin are hobos who win the lottery in this SRAB Films production, set to be sold by Le Pacte 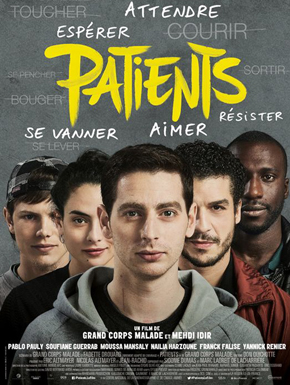 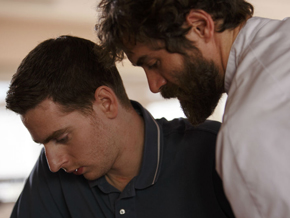 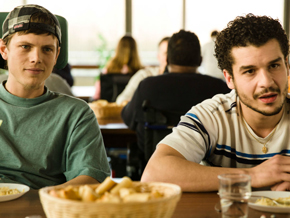 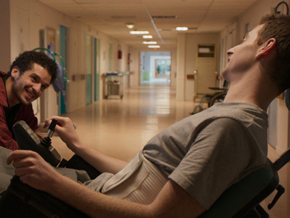 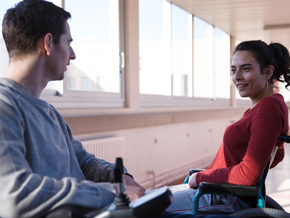 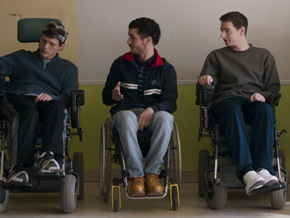