Pyromaniac: "You don’t play with fire"

A deep silence in the darkness, a break-in sensed by the distressed occupants of a house, a blazing inferno suddenly takes hold of the place, an old woman’s life is on the line as she’s trapped in the middle of the fire… The opening sequence of Pyromaniac [+see also:
trailer
interview: Erik Skjoldbjærg
film profile], the latest feature by punchy Norwegian filmmaker Erik Skjoldbjaerg (who is well-known internationally thanks to Insomnia, Nokas [+see also:
trailer
film profile], Pionneer [+see also:
trailer
film profile] and his work on TV series Occupied) goes straight to the heart of its subject matter, in a gripping and fascinating world of flames and shadows, both physical and psychological, spectacular and intimate, translucent and mysterious.

Both a genre film and triple-sided portrait of a young man caught in the downward spiral of a destructive and self-destructive addiction, of a family plagued by doubt, and of a peaceful rural community trying to identify the origin of a dangerous concern, Pyromaniac, which was unveiled at Toronto and shown in competition this week at the 8th Les Arcs European Film Festival, is a demonstration of the highly skilled know-how of a director simply targeting the general public, without compromising on his deft characterisation of the characters, or plunging us into a very credible form of realism. All the more so as the film recounts events that really happened, a wave of fires in 1978 which inspired the book Before I Burn by Gaute Heivoll, which Bjørn Olaf Johannessen used to write a flawless screenplay hinging on the fact that the viewer knows who’s guilty straight away.

In the wake of the prologue described above, the plot takes us back to three weeks earlier, at a roadside in the middle of an untamed forest. 19-year-old Dag (Trond Hjort Nilssen) lights a match there and methodically sets off a fire before getting back in his car, going back to the family home and waiting for the alarm to be raised to accompany his father (Per Frisch), the local volunteer fire brigade chief, to go and fight the fire. It’s the beginning of a downward spiral that sees the young man plant the seeds of growing panic (petrol is quickly added to his arsenal, and setting fire to empty houses, then occupied houses, follows his fires in the undergrowth) in the surrounding area (the police leading the investigation and the locals are convinced that the person responsible has to be an outsider) and gradually raise the appalled suspicions of his mother (Liv Bernhoft Osa), all the while sinking further into the impenetrable twists and turns of his split personality as an arsonist and a saviour on the desperate quest for an adult’s identity – social, sentimental and internal.

With solid performances, meticulously narrated without embellishment, and technically very successful thanks partly to the remarkable work of director of photography Gösta Reiland and Håkon Lammetun on sound, Pyromaniac is a skilful film which is impressively effective, in which knowledge is cleverly concealed and open to interpretation. The trajectory of this child born and raised in the countryside, who has problems conforming to the norm and becomes destructive as a way of trying to put it right, is a message that lends itself to wider reflection.

"How can you live unconventionally, within a predefined context that implicitly excludes you?"

“Nobody puts Baby in a corner” at Norway’s Kosmorama festival

You can’t get much further north: Tromsø opens with Tongue Cutters

Solveig Melkeraaen's documentary from the region 350 kilometres north of the Arctic Circle will open Norway's largest film festival, which runs until 22 January

Pyromaniac: "You don’t play with fire" 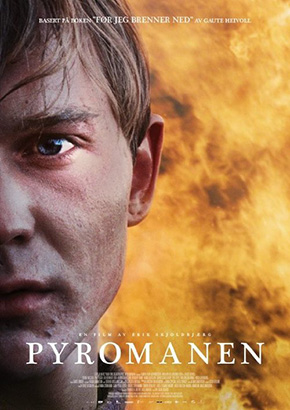 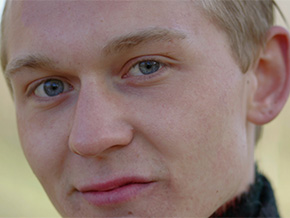 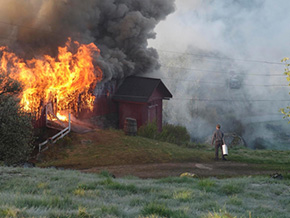 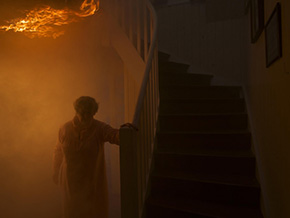