Dalida: Walking a tightrope between life, love and death

10/01/2017 - Lisa Azuelos brings us an effective biopic on the impassioned, flamboyant and tragic fate of the singer. A film being distributed and sold by Pathé

The film’s director, Lisa Azuelos (LOL [+see also:
trailer
interview: Christa Théret
film profile]), gave the leading role to an unknown actress, Italian Sveva Alviti, a risky move that has however paid off, as the young rookie plays Dalida with charisma and an impressive strength of emotional conviction in the songs. And even though the actress’ face is hardly affected by the torment of aging in this story, which starts in 1956 (the competition in Paris which launched Dalida, then aged just 23) and ends in 1987 (the date of her suicide), this is of minor concern, as the film, whilst remaining true to its subject matter (the singer’s brother, Orlando, worked with the director to write the screenplay, and the editing deftly uses TV, radio and written archive material) asserts itself with confidence, like a carefully calibrated popular “product” that plays on the impossibility of Yolanda Gigliotti (born into an Italian family living in Egypt) to achieve fulfilment as a woman while shining as an artist under the name of Dalida.

The film opens to the sound of Un po d'amore (a cover of Nights in White Satin) at Paris Orly Airport, on 26 February 1967, with Dalida lying to her brother Orlando (Riccardo Scamarcio) and her cousin Rosy (Valentina Carli), making them think she’s leaving only to then double back and secretly steal away to room 76 at the Price of Wales hotel in Paris, where she tries to end her life, one month on from the suicide of her lover Luigi Tenco (Alessandro Borghi). This is followed by a period of convalescence, during which we are introduced to several important people in the life of the singer and are shown a series of flashbacks, of her childhood in Egypt (the suffering she endured as a nerd who is mocked by her classmates, seeing her father, a violinist, incarcerated for being Italian in the context of the Second World War), at the “Number Ones of Tomorrow” variety show in 1956 at the Olympia, attended by Lucien Morisse (Jean-Paul Rouve), the Director of Programming at Radio 1 Europe, who would go on to fall in love with Dalida, become her Pygmalion and propel her to fame, with the help of Eddie Barclay (Vincent Perez) and Bruno Coquatrix (Patrick Timsit).

But artistic glory and happiness in her private life were never to go hand in hand for Dalida, and her multiple whirlwind romances often ended in tragedy, with three of the men in her life notably committing suicide (Tenco, Morisse and finally Richard Chanfray, played by Nicolas Duvauchelle) and the chance of becoming a mother stripped away from her, first by her husband and manager ("stars don’t get pregnant, it bursts the bubble"), then due to an abortion (the result of a brief romance with a younger man) which leaves her permanently infertile.

This trajectory, as flamboyant as it is wretched, is recounted by Lisa Azuelos at breakneck speed by matching the songs performed in the film with the most painful episodes from the singer’s life, fashioning a feature film that some will consider very effective whilst others will no doubt find it somewhat melodramatic.

Produced by Julien Madon (named Producer on the Move 2016 by the European Film Promotion – see interview) and the director for Bethsabée Mucho, Dalida is being sold internationally by Pathé.

End of filming in sight for Anaïs Volpé’s The Braves

Déborah Lukumuena, Souheila Yacoub and Sveva Alviti lead the cast of the filmmaker’s second feature, a Unité production set to be sold by mk2 Films

Nicolas Vanier continues the shoot for Spread Your Wings

The filmmaker is wrapping a three-week tranche of shooting in Norway; the cast of this Radar Films and SND production includes Jean-Paul Rouve, Louis Vazquez and Mélanie Doutey 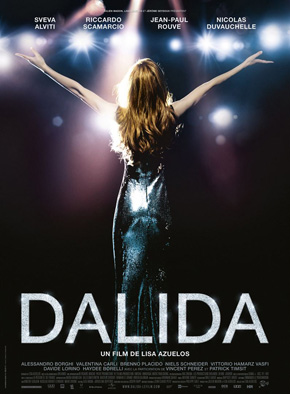 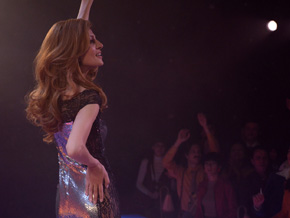 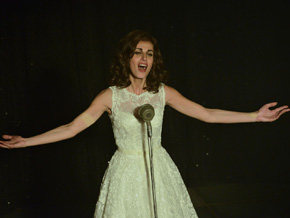 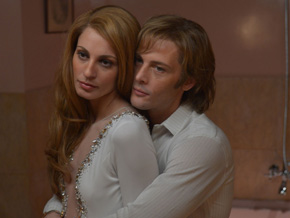 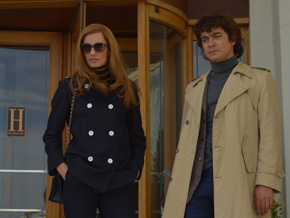 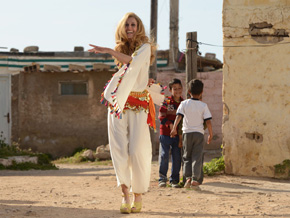 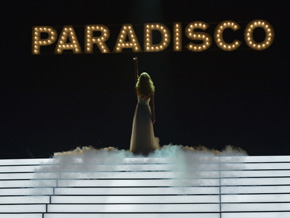