23/01/2017 - Duo Nana Ekvtimishvili and Simon Gross are back with a magnificent portrait of a woman in search of freedom, directed with subtle mastery

"I don’t need anyone to protect me or to tell me what to do. I’m a full-grown woman." Abandoning her role as a mother and a wife, apparently without rhyme nor reason, young fifty-something Georgian Manana, the main character in My Happy Family [+see also:
trailer
interview: Nana Ekvtimishvili, Simon G…
film profile] by duo Nana Ekvtimishvili - Simon Gross, which has just been unveiled in the World Cinema Dramatic Competition section of the Sundance Film Festival, echoes the fates of myriad women being forged and unravelling across the world. But telling a simple and universal story with strength and subtlety is not easy for newcomers, and this is where the discreetly dazzling talent of the pair of filmmakers, who rose to prominence in 2013 at Berlin with In Bloom [+see also:
film review
trailer
interview: Nana Ekvtimishvili and Simo…
film profile], makes all the difference.

Delicate charm, scientific rhythm, a profound and evocative sense of realism that plants the seeds of emotion without ever forcing it, a mastery of narrative ingredients which play most notably on a halo of mystery, short bursts of comedy arising from everyday life and a number of songs woven perfectly into the plot, fluid and meticulous direction, superb weathered photography, and great actors led by Ia Shugliashvili who carries the film on his shoulders: My Happy Family is a good demonstration of the subtle art of playing things down to better render the nuances of life.

"I’m not going to celebrate my birthday and I’m not going to invite anyone. I’m not in the mood." On the morning of her 52nd birthday, Manana, a professor of literature, looks glum in the apartment she lives in with her invasive mother Lamara (Berta Khapava), her father  Otar (Goven Cheishvili), her husband Soso (Merab Ninidze), her 20-year-old son Lasha, who spends all his time on his computer (Giorgi Tabidze), and her 23-year-old daughter Nino (Tsisia Qumsishvili), a young wife who lives in the family home with student Vakho (Giorgi Khurtsilava). But it’s no use, "people will come anyway", and Manana is subsequently subjected to the animated ritual of an evening’s festivities. When she only agrees to put in one brief appearance, her husband reproaches her for it: "what’s wrong with you? Has somebody died? You’re causing problems for no reason." Then the truth rings out across Manana’s calm composure: "I can’t live here anymore. I want to leave this house." There’s an overall feeling of misunderstanding, particularly as she refuses to give any explanation despite her family’s pleas. And so she leaves, gradually rediscovering the small pleasures of a solitary and peaceful life, whilst being regularly pestered by members of her family (who don’t lose hope of making her change her mind and resort to different tactics to try and do so) and faced with the conformism of society (including her old friends), for whom the individual wellbeing of a woman shouldn’t come before everything else. And starting over won’t be easy for Manana, as no one can erase their past.

A highly sensitive film, My Happy Family is a delicately moving snapshot of a crucial part of "the whirlwind of life". Avoiding the pitfalls of psychology and melodrama with poise and building on a very solid screenplay (written by Nana Ekvtimishvili), this feature film, which also benefits from the talents of Romanian director of photography Tudor Vladimir Pandaru (Graduation [+see also:
film review
trailer
Q&A: Cristian Mungiu
interview: Cristian Mungiu
film profile]) and very effective editing (by German Stefan Stabenow, and is based on a keen sense of the duration of sequences and omissions), confirms the potential of a pair of filmmakers who should move up the global film industry hierarchy fairly quickly.

A co-production between Georgia (Polare), Germany (Augenschein) and France (Arizona Films), My Happy Family will be screened in the Forum of the upcoming Berlin Film Festival. Parisian company Memento Films International is handling sales.

more about: My Happy Family

BERLIN 2017: Cineuropa sat down with filmmakers Nana Ekvtimishvili and Simon Groß, who screened My Happy Family in the Forum section of the Berlinale, after its world premiere at Sundance 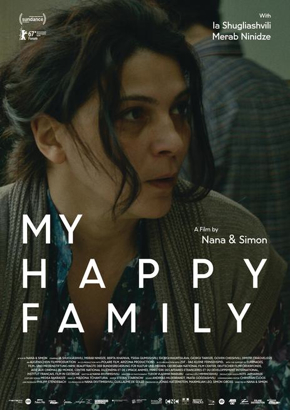 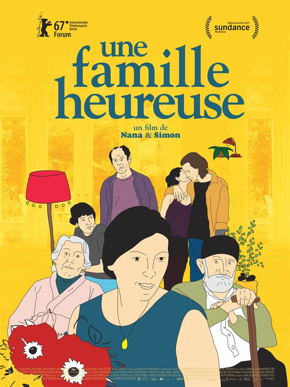 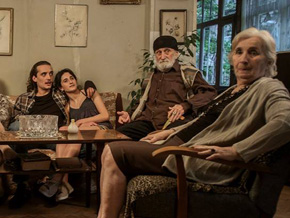 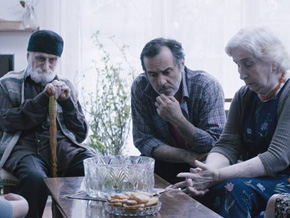 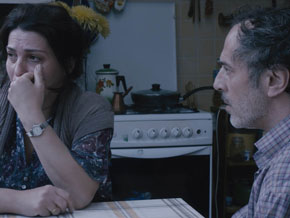 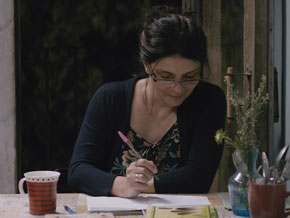