In Loco Parentis: Smiles and tears

25/01/2017 - Neasa Ní Chianáin and David Rane’s documentary, produced by Spain and Ireland, introduces us to an academic institution where the teachers pass on values and ethics to the children

A mature couple – John and Amanda Leyden – sit in the dining room of their house in the Irish countryside, whilst an enormous dog, sitting on the table, looks out through the window at anyone who might approach. The pair are talking about the arrival of a group of people, wondering if they can take care of them as they should and, reading between the lines, talk about how much their love their jobs. Then they get in a car and, after driving through a forest, come to a huge building from the 18th Century: Headfort Preparatory School. This is the opening to documentary In loco parentis [+see also:
trailer
film profile] by Neasa Ní Chianáin and David Rane, in competition this week at the Sundance Film Festival (see news article): a fascinating, naturalistic and observational foray into this school where, together with this teacher couple that has worked there for almost half a century, we see a whole host of girls and boys arrive at the start of the school year.

Produced by Ireland and Spain, In loco parentis was made over the course of four years, and was shot in two: the first was used as a test for the second, during which the two directors, using just basic equipment, made themselves into part of the furniture of the school, passing almost completely unnoticed by the students. As a result, the children barely look at the camera, going about their daily lives as if no one were filming them. This is one of the virtues of a film that, with an optimistic attitude and a healthy dose of idealization, exalts these educators, who pass on the values and principles most requested by the parents. Because when we leave our children at school, who are we really entrusting with their education? And what values are instilled in them?

Here the teachers, as indicated by the titles, act as true guardians, and concern themselves, in addition to Latin, Literature and Mathematics classes, with how the children behave, how they interact with one another, and their concerns: there’s one scene, for example, in which a teacher consoles a little girl who’s crying because she’s homesick. Whilst the children learn about responsibility, freedom and tolerance (the class debate on the referendum on gay marriage is particularly magnificent), they also participate in a sort of football world cup (there are children there of various nationalities) and a pop-rock festival, with John instilling passion in the children. And so, pleasure alternates with sacrifice: in this school without luxury, the children have a number of duties, not just academic ones, such as washing their uniforms.

The documentary portrays this childhood experience aimed at forging people with their own will, independent and socially enterprising, able to muddle through on their own, something which many parents want their children to learn: the directors themselves enrolled their children in this school, mixing in among them. The result was 500 hours of footage, which took a year to edit.

In loco parentis (Latin for “in the place of the parents”) is a production by Soilsiu Films (Ireland) and Gris Medio (Spain), with the participation of Televisión Española: a partnership born at the Miradasdoc Festival, thanks to executive producer Montse Portabella and Andrés Luque. Angelo Orlando and Efthymia Zymvragaki produced the film, which was also supported by the MEDIA programme.

Based on these nominations, the EFA Members will elect the European Documentary 2017 which will be announced during the awards ceremony on 9 December in Berlin

In Loco Parentis: Smiles and tears

Neasa Ní Chianáin and David Rane’s documentary, produced by Spain and Ireland, introduces us to an academic institution where the teachers pass on values and ethics to the children

World Cinema Dramatic and Documentary Competitions include a raft of European titles such as Axolotl Overkill, God’s Own Country and The Good Postman 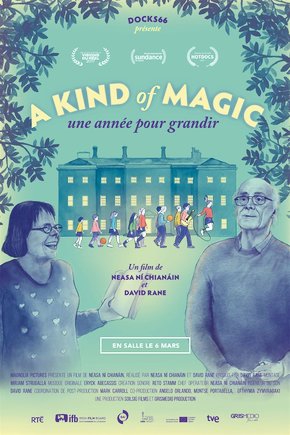 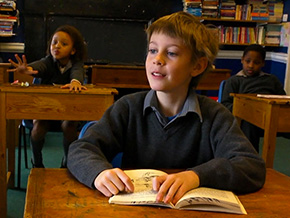 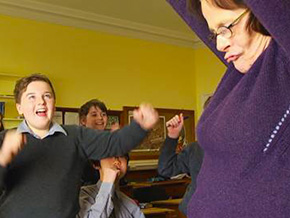 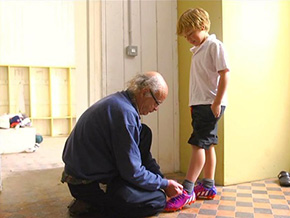