Donkeyote, or how to film a journey

31/01/2017 - Chico Pereira’s new film, which is participating in the 46th Film Festival Rotterdam, is a road movie with elements of the Western genre

The protagonist of Chico Pereira’s new film, Donkeyote [+see also:
trailer
film profile], which is participating in the Voices section of the 46th Film Festival Rotterdam, is Manolo, a sprightly 78-year-old Spaniard who has the felicitous idea of setting off for the United States on foot with his donkey Gorrión, to commemorate the forced march imposed on native Americans, the Trail of Tears: the film is the canvas on which this idea unfolds.

Pereira brings the old adage about the importance of the journey itself over the final destination to the big screen, with Manolo’s adventures in Andalusia in preparation of his long-awaited pilgrimage to America becoming the pilgrimage itself; a real endeavour given the far from perfect physical health of the protagonist, who travels between Seville and Algeciras with a donkey. And donkeys, as we all know, can be rather stubborn, although human beings turn out to be the greatest obstacle to the journey. In this respect there is a clear parallel with Manolo, who successfully manages to get the reluctant animal to cross a bridge, whilst he fails to achieve the same success on the phone with the customer service team of a large marketing company: it comes as no surprise that Manolo prefers the company of the animal.

The long shots can’t help but evoke the classic westerns filmed in nearby Almería, a sort of point of redemption in the wake of the failure to reach the initial objective: we get the feeling that Manolo nonetheless conquers the wild west, alongside his faithful friend Gorrión, despite neither of them speaking English, and despite their failure to reach the promised land.

The failed journey is the point of departure for a story about a corner of the world that is completely worth it: the usual and age-old contrast between the desire for freedom and laws of economics; more than a nostalgic fairy-tale, it’s a portrayal of the ‘everything must change for anything to change’ mantra so dear to these parts of the world, and in this respect the final shot explains much: while there are windmills (or the omnipresent wind turbines) in the world, there will be a Don Quixote ready to challenge them.

The films in contention for the Michael Powell Award for Best British Feature Film include England Is Mine, Daphne, Julius Caesar and more

City of the Sun, the feature debut by the Georgian filmmaker, has scooped the top prize at the 14th edition of the Spanish capital’s International Documentary Festival

Donkeyote, or how to film a journey

Chico Pereira’s new film, which is participating in the 46th Film Festival Rotterdam, is a road movie with elements of the Western genre 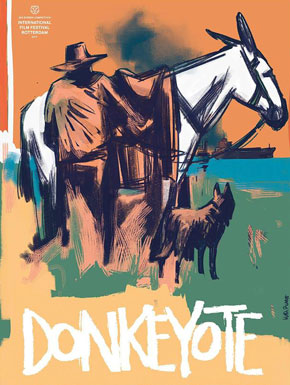 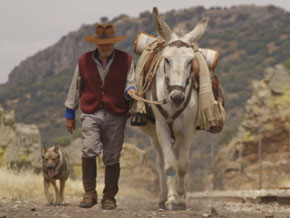 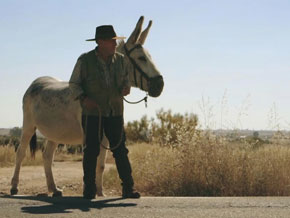 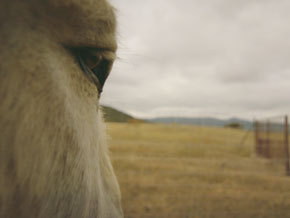 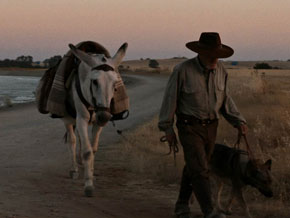