The Sea Stares at Us from Afar: Beach Life

12/02/2017 - BERLIN 2017: Manuel Muñoz Rivas transports us to an almost unspoiled coastal environment, inhabited by men who live in harmony with the land, the wind and their own self-imposed solitude

A beetle rummages in a sand dune before delving right in between the grains, lost from sight. Then, close by, we see a figure gathering branches and pine cones. The simile is unmistakable: what might at first appear to be a nature documentary segues into a portrait of a strange and singular group of men living on the beaches of Doñana Natural Park on the Huelva Coast. They are the central characters of The Sea Stares at Us from Afar [+see also:
trailer
interview: Manuel Muñoz Rivas
film profile], a documentary tinged with fiction and the first foray into direction of Manuel Muñoz Rivas (Seville, 1978; until now an editor and screenwriter), presented in the Forum section of the 2017 Berlinale.

Anyone who has seen films like Arraianos [+see also:
trailer
interview: Eloy Enciso and Carlos Esbert
film profile], Dead Slow Ahead [+see also:
film review
trailer
interview: Mauro Herce
film profile], Hotel Nueva Isla [+see also:
film review
trailer
film profile] and Slimane [+see also:
trailer
film profile] will have observed the hand of Muñoz Rivas as an editor. A graduate of the International Film & TV School in San Antonio de los Baños, Cuba, he also takes part of the credit for the open-ended plots of the films of Eloy Enciso and Mauro Herce, but this is our first chance to see him flex his directorial muscle. The Sea Stares at Us from Afar, with photography by the director’s friend Herce, was born out of Muños Rivas’s fascination with a particular atmosphere, with a place and the people who live there. He is so utterly absorbed in this world that he draws the audience in after him, and we find ourselves spirited away to a windswept land, swathed in silence and solitude.

The Sea... was shot over ten weeks, first in early summer and then in winter, thus revealing the shift between the seasons and in the weather and the corresponding changes in the landscape. In the summertime, the beaches are packed with a voracious mass of tourists, while in the colder months these coastal dunes become as empty as a desert. At the same time, voiceovers and black-and-white photographs take us back to a failed quest, which, long ago, brought a group of explorers here in search of lost civilisations — a vanished continent, perhaps. The spectre of this elusive chimera gives the film a magical feel, both enigmatic and romantic, as well as turning time itself into one of the documentary’s central themes.

Time is also represented in the living dunes that move at the bidding of the breeze; in the pregnancy of the sole female character to appear on screen, and in the way that the present-day image of an abandoned tower is superimposed on its own reflection, captured in an old black-and-white photograph. Clock time means little on this fringe of land, inhabited by men whom Rivas observes with respect, a great deal of affection and something close to admiration. They live beyond the reach of any system — free, self-ruling and, unlike the tourists or pilgrims who swarm the beach at times, under the tolerant gaze of the sea. Like the ocean itself, they follow their own life cycles, eschewing anything that might tie them down.

The Sea Stares at Us from Afar was produced by Spain’s El Viaje Films, Azhar Media and 59 en Conserva, in partnership with CTM Docs (The Netherlands). It received support from the ICAA’s MEDIA programme, the Andalusian government’s Department of Culture, Canal Sur and The Netherlands Film Fund and was awarded the work-in-progress prize at Abycine Lanza.

more about: The Sea Stares at Us From Afar

“It’s a film that we made with many friends”

VENICE 2021: One Galician filmmaker and another from the Canary Islands make up this hard-working tandem of artists, who have made their feature debut with a Spanish-Colombian co-production

The Spanish Ministry of Culture grants €15 million to 47 films

The new projects by Carlos Marqués-Marcet, Jaione Camborda, Fernando Franco, Xacio Baño and Elena Martín are among those that are set to receive production support

BERLINALE 2021: We chatted to the first-time director, who shot his debut, hybrid film (half-fiction, half-reality) immersed in the stunning natural surroundings of Indonesia, using local actors

BERLINALE 2021: Álvaro Gurrea’s feature debut might be an enigmatic, free-spirited and suggestive plunge into Indonesian spirituality, but it ends up being weighed down by its slow pace 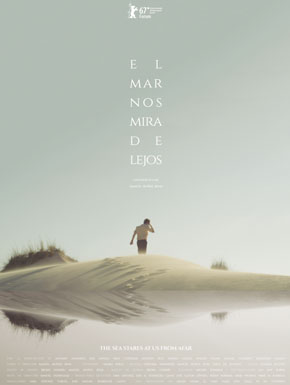 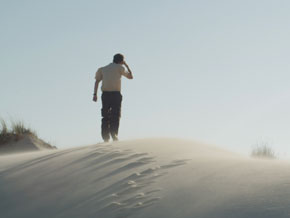 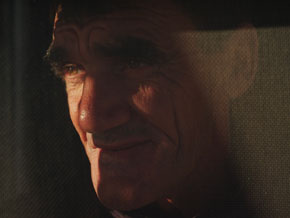 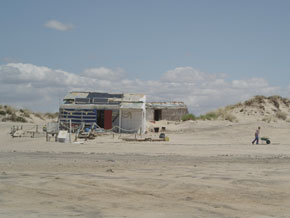 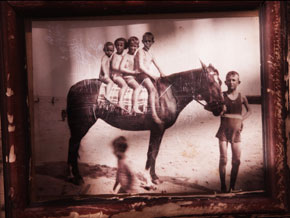