Centaur: An honest and simple approach to timeless themes

Here is a film that festivals will love: simple, emotional, unpretentious, brimming with positive attitude and not attempting to answer questions of vast importance, while still touching on them just enough to give food for thought. Directed with a light hand, humour and love for cinema, it will feel like a breeze in programmes usually congested with tough social issues and tragic destinies. And it comes from Kyrgyzstan, which will look good in the list of countries represented.

One of the rare filmmakers from the country whose films manage to break out internationally, Aktan Arym Kubat brings his new effort, Centaur [+see also:
trailer
film profile], to the Berlinale's Panorama after a six-year break since the little-seen Mother's Paradise, and seven years after the acclaimed The Light Thief [+see also:
trailer
film profile].

Set in a small community in the mountains outside the capital, Bishkek, Centaur follows the titular character, played by Kubat himself, who fully believes in the formerly nomadic people's special connection to horses. He has a beautiful and devoted deaf-mute wife and a young son, and he used to be the projectionist in the village cinema, which is no longer operational. Centaur's half-brother Karabay (Bolot Tentimyshov) is rich and owns racing horses. When one of his animals is stolen, he starts a hunt for the thief, and first gets hold of Sadyr (Ilim Kalmuratov), a man who actually steals horses for a living – it is a family tradition he is proud of, and he says he would never break the code of honour by taking a racing horse. And anyway, the animal is soon returned, but the perpetrator is not caught.

This is just one of the story strands of the film, but the most emotional and engaging one actually concerns Centaur's wish to connect more profoundly with his small son, and prevent him from becoming deaf-mute like his mother. Then, there is a group of very religious Muslims who want Karabay to finance their trip to Mecca. And there are also intrigues and real village gossip, about Centaur cheating on his wife…

The film treats all of these aspects with equal attention, and when Kubat tackles certain topics like the relationship between the Muslim influence and Kyrgyz tradition, or how life in the community is regulated by the elders but everyone's opinion counts, he does so with sympathy and evident love for the characters, and especially his romantic hero.

The quaint and somewhat exotic milieu and gorgeous landscapes give the film a lot of room to breathe, and the audiences an opportunity to enjoy, laugh, get emotional and sentimental, and leave the cinema in an uplifted mood – although the ending is not necessarily a completely happy one.

Berlin’s FIPRESCI Prize goes to On Body and Soul

Centaur: An honest and simple approach to timeless themes

CNC to the power of 16 at Berlin

12 French (co-)productions headed for the Panorama 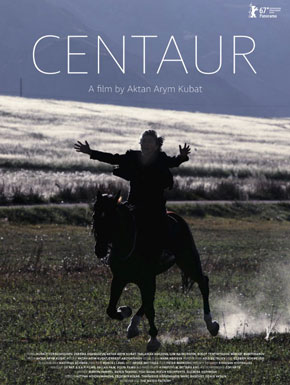 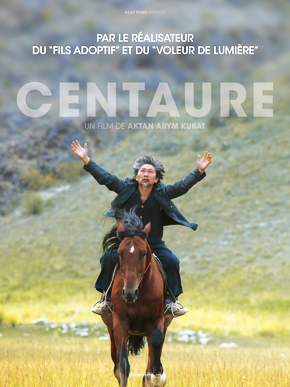 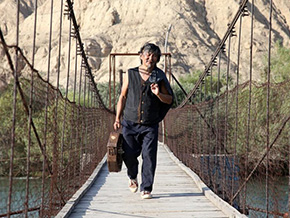 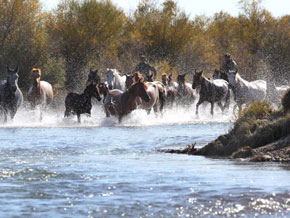