Félicité: A musical journey through need and transient suffering

12/02/2017 - BERLIN 2017: Senegalese director Alain Gomis is back at Berlin to trace out the journey of a determined Congolese woman who temporarily loses her verve as a singer, before finding a family

Five years after presenting Tey [+see also:
film review
trailer
film profile], which portrayed a ritualistic path towards death, in competition, Senegalese director Alain Gomis is back at the Berlinale with his fourth feature, Félicité [+see also:
trailer
interview: Alain Gomis
film profile], this time telling a Congolese story (co-produced in Europe) whose heroine is a single mother who must endure a trying ordeal in two stages – pleading followed by mourning – in an African city where it is hard to survive, and whose inhabitants can only count on their community for support.

Félicité (Véro Tshanda Beya) lives up to her name (which translates as “Bliss”) when she sings every evening in a bar in Kinshasa, which routinely allows itself to get carried away with her infectious energy. During the day, her Mona Lisa smile, which gives little away about her emotions (she is sometimes judged to be "too stern"), somehow manages to withstand all the worries of her day-to-day life as a single mother, and her need to bargain on matters of money and argue endlessly about the ensuing topic. When her son Samo is seriously injured in a motorbike accident – again – she needs to scrape together a substantial amount of money before the doctors will agree to operate on him. She does so by visiting conmen and late payers, while dodging the disapproval of her family (including that of Samo's absent father) and putting up with a feeling of reluctance tinged with the scorn of the community. This is plain to see right away during the small committee meeting, where a colleague who is not inclined to sink any deeper into poverty just to save Félicité's son brings up the fact that he still contributes to the funeral collections and doesn't see why he should be paying while Samo is alive – which says a lot about the damaging and deep-rooted evils that pervade this society. Once she has exhausted all other options, our brave mother even heads off to see a ruthless "boss", but despite all the efforts she makes to criss-cross the poverty-stricken streets of the Congolese capital, her son's leg has to be amputated. The second half of the film is dedicated to the time she needs to mourn, before she is able to rediscover a sense of joy through her realising that she is not alone, thanks to the unwavering support (but without exerting any pressure, and always respecting Félicité's independence and his own) of a great optimist who goes by the name of Tabu (Papi Mpaka), who even manages to make her take on the domestic worries that had overwhelmed her at the start with a liberating laugh.

As the heroine reveals her feelings very little, besides the almost imperceptible expressions on her attractive face, the story is interspersed with peaceful, dream-like rural scenes, accompanied by deeply moving symphonies that represent Félicité's mental landscape and create a stark contrast with the images of the city, its harshness and its permanent hustle and bustle. In truth, rather than responding to the narrative, these scenes, much like those showing our determined heroine's singing, contribute to it: from the way Félicité experiences music, we know where she is on her journey through the ordeal portrayed in the film. The palpable nature of the emotional path she treads here is important, as it is also one that grabs the viewer and tugs at their heartstrings as they witness the emotional construction of a family through sharing all these moments with Félicité, Samo and Tabu.

Produced by Andolfi together with Granit Films (the outfit co-founded by the director himself), Need Productions (Belgium), Cinekap (Senegal) and Shortcut Films (Lebanon), Felicity is being sold abroad by Jour2Fête.

BERLIN 2017: Cineuropa sat down with French-Senegalese filmmaker Alain Gomis, who won the Silver Bear Grand Jury Prize at the recent Berlinale with Félicité

The 4 winners of the 2021 TFL Funds have been announced

Watch on Cineuropa: On top of the world - 10 years of festival prizewinners

More hits from the world’s best festivals for you to watch on our pages – enjoy, and stay tuned for more!

End of filming in sight for Dreamchild by Raphaël Jacoulot 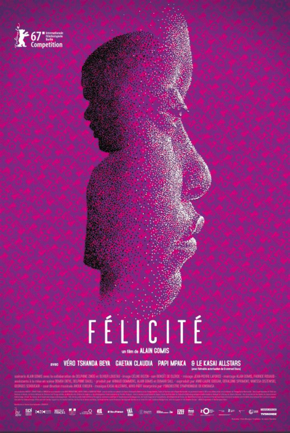 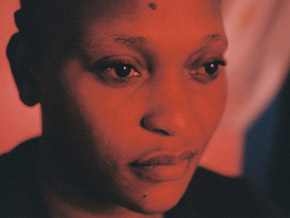 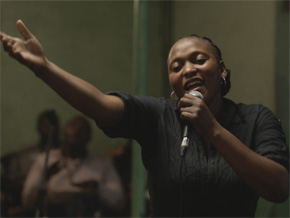 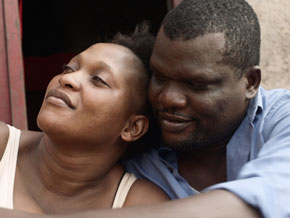 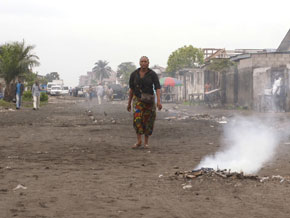 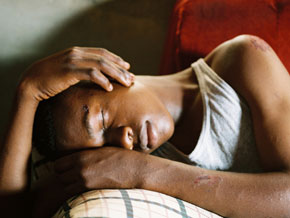