The Other Side of Hope: A timeless humanism

14/02/2017 - BERLIN 2017: Aki Kaurismäki brings us an uplifting but achingly realistic fable about the plight of refugees, with all the hallmarks of his inimitable style

Sherwan Haji and Sakari Kuosmanen in The Other Side of Hope

“I live here! This is my room!” — “No, it’s my bin shelter!” A Syrian fleeing the tragedies of war goes underground in the heart of Helsinki after his application for asylum is rejected. His hiding place is stumbled upon by a native Finn, and the two men come to blows until the latter decides to feed and shelter his new acquaintance. It’s a scene that epitomises the now-familiar signature of the work of Aki Kaurismäki, that master of off-beat tragi-comedy: masculinity and compassion, biting wit with an exquisite sensitivity just below the surface, a staunch affection for the hidden lives of people in today’s society and archetypes handled with great subtlety, like a caricaturist who creates an idealised image only to bring the macro and the micro into closer alignment — all wrapped up in a timeless visual style and pared-down production with echoes of the pioneers of silent film (Chaplin) and their devotees (Tati).

This inimitable and distinctly personal cinematic world is evident once again in the superb The Other Side of Hope [+see also:
trailer
Q&A: Aki Kaurismäki
film profile], presented in the official competition at the 67th Berlinale. This is the first time that Kaurismäki has been in the running for a Golden Bear, after three earlier appearances in the Forum section (1990, 1992 and 1999), four rounds at Cannes and one at Venice. But his latest work also reveals a shift towards a more politically-engaged type of film; five years after Le Havre [+see also:
film review
trailer
interview: Aki Kaurismäki
film profile], he’s sticking with the theme of illegal immigration.

The screenplay, written by the director himself, weaves together the stories of two men who have both struck out in search of a new life. Wikström (the inscrutable Sakari Kuosmanen, a familiar face in Kaurismäki’s films) leaves his wife, sells the shirts he used to wear in his job as a sales rep, wins a wad of cash playing poker and takes over an unassuming restaurant named La Chope Dorée, along with its staff: a doorman, played by Ilkka Koivula, a chef (Janne Hyytiäinen) and a waitress (Nuppu Koivu). Meanwhile, Khaled (Sherwan Haji), originally from Syria, emerges from the hold of a ship, applies for political asylum, waits in a retention centre for his fate to be decided and then escapes, narrowly avoiding being sent back to his native country. At this point, our two protagonists meet (although they have in fact crossed paths earlier, when Wikström almost ran the refugee over with his car) and the restaurant team take Khaled under wing. He is desperate to find his sister, of whom he lost track somewhere along the road to exile.

Full of the dry little touches for which Kaurismäki is known, mocking the norms and customs of Finnish society with affectionate satire, The Other Side of Hope transposes its highly contemporary story to a 1960s setting, interspersed with live rock sequences from the same era that are slotted neatly into the unfolding plot (another Kaurismäkian device). While at heart this is a story about humanism and solidarity, told with cool and unabashed optimism, its author also makes skilful use of a number of simple scenes to give a very powerful impression, infused with a blend of shame and brutality, of the burden that Khaled carries with him: his family wiped out in Aleppo; his journey to Europe, riddled with pitfalls; the injustice of being refused asylum; his solitude; the racist taunts he endures (“See you later, camel herder!”); and his struggle to fit in. “I pretend”, he says, “they send the sad ones back straight away. You have to make out that you’re smiling, but never in the street, or you’ll look crazy...” Aki Kaurismäki explores this grim reality, paying homage, in his own way and using every masterful cinematic trick at his disposal, to those destitute people from far-off lands who, after all, bear so much resemblance to the unseen working-class Europeans with whom he has always had so much sympathy. It’s an affection that bridges the divide between sorrow and the smile that, watching his work, we just can’t keep inside.

Produced by Sputnik Oy, The Other Side of Hope was co-produced by Oy Bufo Ab and German company Pandora Film. The Match Factory is handling international sales.

more about: The Other Side of Hope

“We are all the same; we are all human”

BERLIN 2017: Finnish writer-director Aki Kaurismäki spoke to the international press at the Berlinale to discuss his refugee-centred competition entry The Other Side of Hope

Filming for Maria’s Paradise under way in Estonia

The Finnish Film Affair gets under way 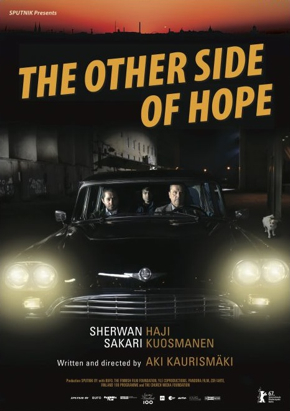 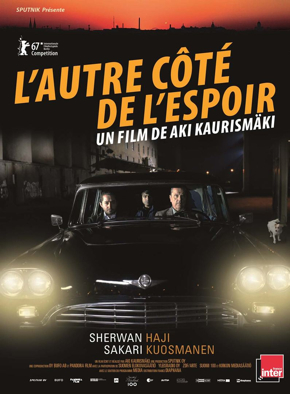 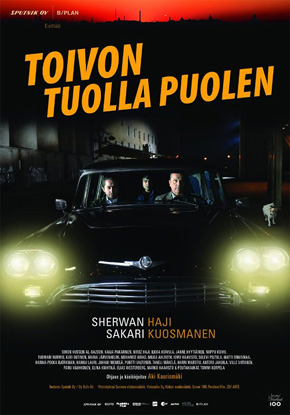 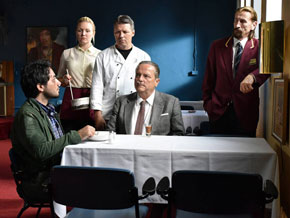 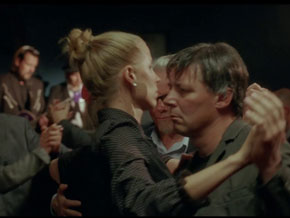 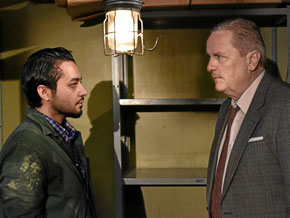 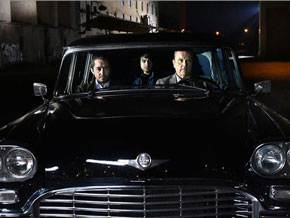