Call Me by Your Name: A tender yet sensual introspective drama

14/02/2017 - BERLIN 2017: Luca Guadagnino’s intimate portrayal of a homosexual love affair is easily the director’s most tender and restrained work

Armie Hammer and Timothée Chalamet in Call Me by Your Name

Drawing on André Aciman’s novel of the same name, Italian director Luca Guadagnino’s latest film, Call Me by Your Name [+see also:
trailer
Q&A: Luca Guadagnino
film profile], shown as a Panorama Special screening at the Berlinale, can easily be dubbed as his most introvertive, quiet and tender drama yet, with the maximalist director keeping his frantic stylistic flourishes on a leash, so that the lush coming-of-age tale that gives the film its beating heart may delicately blend with the restrained journey of an adolescent towards self-awareness.

The sudden abnormality in a place of leisure caused by the invasion of an expected intruder once again becomes the starting point for the narrative; Guadagnino also set up his drama around the very same theme in the acclaimed A Bigger Splash [+see also:
film review
trailer
interview: Luca Guadagnino
film profile]. This time around, the intruder serves as a lure into a very different, much more contained and introspective realm, even though he once again proves far more adaptive to the easy-going, sun-drenched Mediterranean lifestyle than his semi-local, multicultural, trilingual hosts.

Sexual tensions hit the roof as the vaguely hedonistic energy emitted by this stranger (named Oliver and imbued with a commanding, boisterous quality by a luminescent Armie Hammer) turns him into a sensual magnet for the locals to swoon over. None does so more than Elio, though (portrayed with immersive aptitude by award-worthy Timothée Chalamet), the family’s teenage son, who at the beginning can barely decide whether he wants to be like him, or with him.

No more than a few childish skirmishes are needed, though, for both to find out each other’s intentions and have their spiralling course towards a devouring love affair commence, as their infatuations are confessed in what would be the film’s finest moment in terms of both its framing and its being a dramatic device, if it weren’t for that overarching speech delivered by Michael Stuhlbarg after the relationship inevitably comes to an end.

In a classic Best Supporting Actor moment, Stuhlbarg caps the whole film’s heartbreaking sensibilities with just a few words of wisdom, as he delivers what will swiftly be labelled as one of the best father-to-son exchanges captured on film, as it handily encompasses both the pre-AIDS, early-1980s era that the film unfolds in, and the bitter realisation that, even decades after gay awareness has tried to turn homosexuality into a socially acceptable norm, a great deal of people who have had their very nature traumatically rejected by their parents will still be aching for a relationship as tender and frank as the one depicted here.

Beautifully shot by Sayombhu Mukdeeprom (of Uncle Boonmee Who Can Recall His Past Lives [+see also:
trailer
film profile]), and produced by Brazil’s RT Features, Italy’s Frenesy Film Co and France’s La Cinéfacture, Call Me by Your Name is being handled internationally by Memento Films.

more about: Call Me by Your Name

"Elio, our very own Antoine Doinel"

The day after the announcement that Luca Guadagnino's latest film had been nominated for four Oscars, the Palermo-born director met with journalists in Rome to talk about Call Me By Your Name

The first clapperboard on the 8-episode drama series produced by Italy’s Wildside for HBO and Sky, heralding the TV debut of the Call Me By Your Name director, will slam at the end of July in Veneto

James Ivory reflects on film in Dance Again With Me Heywood!

Academy award-winning America director plays narrator in Michele Diomà’s latest work, which was shot in New York and is now in post-production 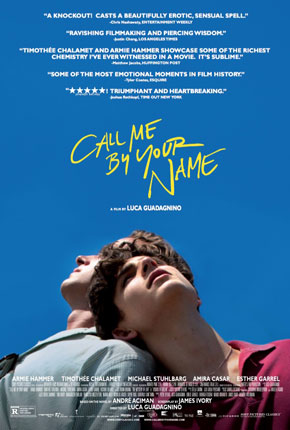 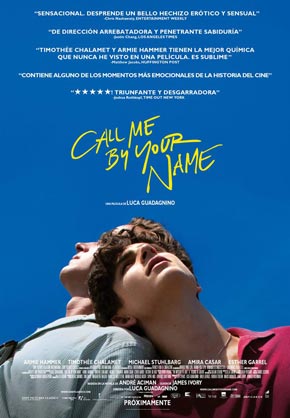 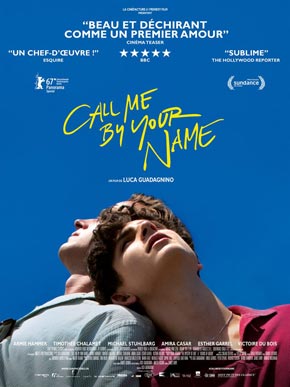 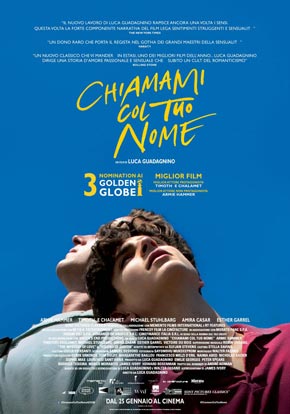 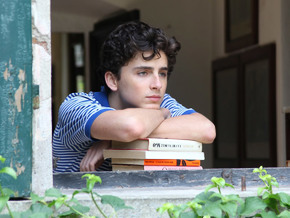 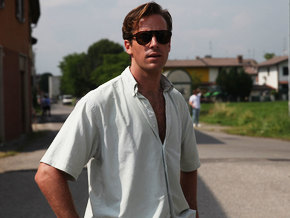 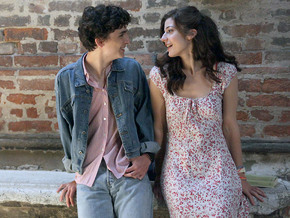 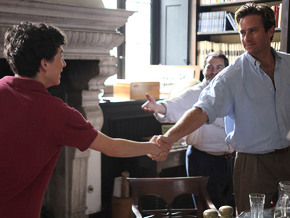 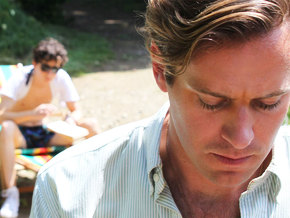 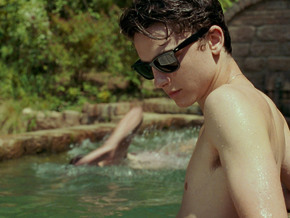 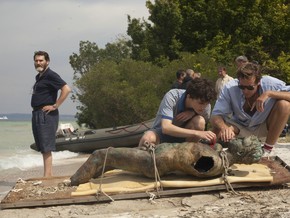 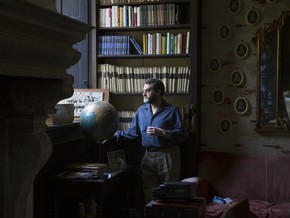 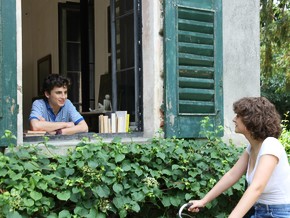