Strange Birds: An unlikely couple in a peculiar world

15/02/2017 - BERLIN 2017: French director Elise Girard's second feature is a quirky, absurdist tale of an unlikely couple in a platonic relationship

Strange Birds [+see also:
trailer
interview: Elise Girard
film profile], the second feature film by French filmmaker Elise Girard (Belleville Tokyo [+see also:
trailer
film profile]), which world-premiered in the Berlinale's Forum, is a tale of two very different people who forge an unlikely relationship. Although set in Paris in the present day, it establishes a world of its own, with characters who feel more recognisable as peculiar personalities from literature, and the way it connects events leaves it up to the viewer to decide which possible conclusions to reach.

Mavie (Lolita Chammah, the daughter of Isabelle Huppert, also present in the Berlinale Forum in Barrage, together with her mother) is a 27-year-old small-town girl who has moved to Paris “to get away”. Initially naïve and so self-conscious that it reflects even in her uncertain way of walking, she loves books and spends time in cafés reading or writing. This is where she finds an ad offering an apartment in exchange for a couple of hours of work in a bookstore. Tired of her flatmate's constant loud sex, she sees this as a perfect opportunity.

The bookstore belongs to 76-year-old Georges (Jean Sorel, the star of films ranging from Belle de Jour to The Day of the Jackal to last year's The Origin of Violence [+see also:
trailer
film profile]), an erudite misanthrope who acts like he does not expect much more from life. The two develop a platonic relationship (at least as far as Girard wants to show us), lamenting their age gap. They talk openly about what they like about each other, in voiceover – or are these dialogues just excerpts from Mavie's writings?

Every now and then, Georges gives Mavie a large sum of money, which he does not seem to care much about, and the possibly illegal origin of it starts to surface when the bookstore is paid a visit by shady men with Italian accents.

But this whole aspect of the story takes a back seat to the overall atmosphere, which belongs more to the 19th century than today, just like Mavie's character. She has a smartphone but spends her evenings reading in bed, with loyal tomcat Jacques by her side. Girard adds absurd occurrences to the film, like dead seagulls that keep falling from the sky all over Paris, or strange coincidences such as the news of a hacker belonging to an anti-nuclear movement who stops a train carrying radioactive material, which the young man Mavie befriends in the last third of the film, played by Pascal Cervo, might or might not be connected to.

Strange Birds is a charming film in a very French sense, but without the pretentiousness. At only 70 minutes long, it gives the audience an engaging and, at times, surprising story that can be interpreted as romantic or, depending on your inclinations, ironic about romance.

Strange Birds was co-produced by France's KinoElektron and co-produced by Reborn Production. The French distribution will be handled by Shellac, while the international sales are managed by MPM Film.

Unveiled at Berlin, Strange Birds, the second feature film by Elise Girard, is being released today in French theatres

Grégory Montel, Philippe Rebbot, Olivia Côte and Lolita Chammah are among the cast of the feature debut by the filmmaker, which is being staged by Takami Productions

The Pesaro Film Festival prepares for a strong edition

From 17-24 June, the 53rd Pesaro International Festival of New Cinema will host fiction films, video essays, documentaries, 35mm, 16mm and Super8 movies, and much more besides

Strange Birds: An unlikely couple in a peculiar world

KinoElektron at the Co-Production Market with Lost Country

43 films selected for the Berlinale Forum 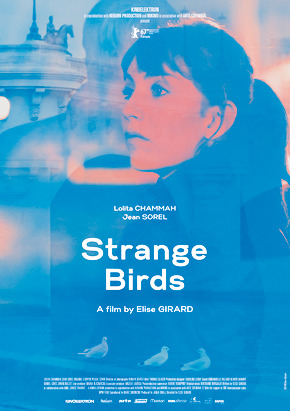 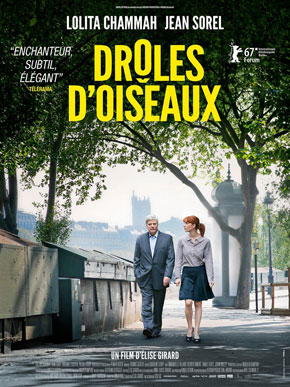 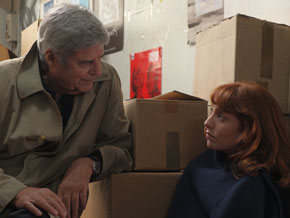 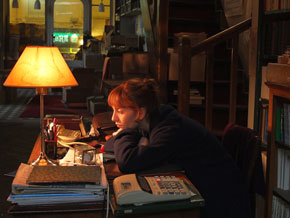 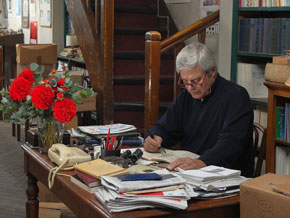 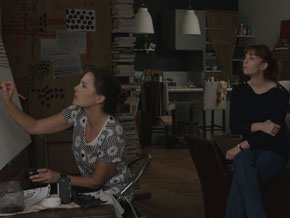 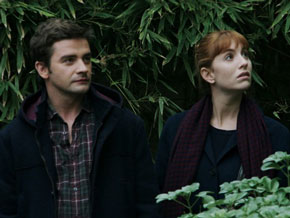 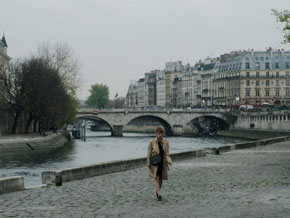