City of the Sun: Human spirit persisting in a deserted, post-industrial town

Chiatura is a city in western Georgia, whose mines once represented the source of up to 50% of the world's manganese. But its golden age ended together with the Soviet Union, and today the town is run-down and deserted, its population having shrunk by one third since 1989. Georgian filmmaker Rati Oneli’s first feature-length documentary, City of the Sun [+see also:
trailer
film profile], tells the stories of four of its remaining inhabitants, showing their everyday struggles. The film world-premiered in the Forum section of the Berlinale, and producer Dea Kulumbegashvili is incidentally an alumna of Berlinale Talents.

Zurab is a music teacher, who also demolishes abandoned concrete buildings to sell the iron girders and thus make some extra money. Archil works in the mine, but from there, he goes straight to his other job, and passion - as a theatre actor. And two young female runners methodically train for the next Olympic Games, despite their dire financial situation.

Oneli’s decision to observe his protagonists, rather than interview them, results in a feeling of familiarity, as if they had just invited him and his camera to accompany them through their everyday lives. The extraordinary amount of trust, openness and honesty evident in the film must have come from his sincere dedication to telling their stories after spending ten months in Chiatura, so their spirit and sense of humour are very much present in the movie.

Another of the production’s strengths is the remarkable camera work by Arseni Khachaturan. Intimate shots of the protagonists and claustrophobic scenes in the mine's tunnels are contrasted with aerial shots of the green valley surrounded by magnificent cliffs, criss-crossed with a network of corroded cable cars which connect the mountains to the town and its decaying buildings, the neglected sports stadium and the abandoned industrial area, where Zurab travels to on a train. Slow-moving shots from the train, combined with the pulsing, atmospheric music, inevitably bring to mind scenes from Andrei Tarkovsky’s Stalker, and the post-industrial town becomes a post-apocalyptic zone.

City of the Sun tells a touching story in an engaging way. The individual storylines come together to create a picture of life in Chiatura, and the approach to the selection and ordering of images, as well as the film's title itself, makes it clear that the town is as much the subject of the film as the characters.

City of the Sun is a co-production by Georgia's OFA/Office of Film Architecture and US-based Jim Stark.

more about: City of the Sun

Talal Derki has won the International Competition and the Movies That Matter Award, while Mila Turajlić was the victor in the Regional Competition, besides snagging other prizes

Over the Limit opens ZagrebDox

The goEast Film Festival gears up for its 17th edition 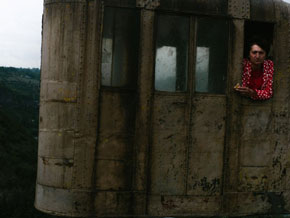 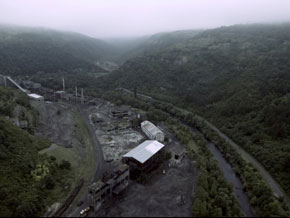 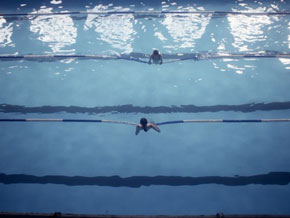 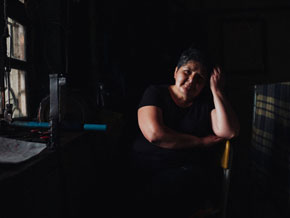 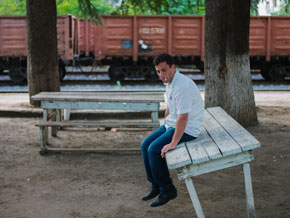 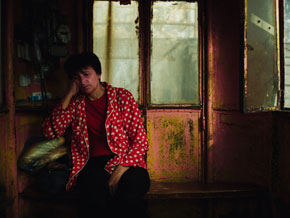