A Prominent Patient: A Masaryk biopic that takes too many liberties

Karel Roden in A Prominent Patient

Through its Berlinale Special section, the Berlin Film Festival spotlights high-profile literary adaptations, biopics, and themes of historical and social importance. Czech filmmaker Julius Ševčík's third feature film, A Prominent Patient [+see also:
trailer
film profile], falls into the latter category, but its look at Czechoslovakian diplomat Jan Masaryk, despite engagingly detailing the crucial events of 1937-39, takes too many liberties in its fictionalisation of the historical figure, resulting in a messy, over-the-top affair.

Alternating between historical and fictionalised storylines, A Prominent Patient starts in 1937, introducing us to Masaryk (Karel Roden), Czechoslovakia's ambassador to London, and the son of Tomas Masaryk, the founder of the country. Jan is a true patriot fully committed to his job, but political circles do not grant him recognition or respect, owing to the long shadow that his father's legacy casts, and his bohemian lifestyle.

Already in 1938, he is a patient of Dr Stein’s (Hanns Zischler) in a New Jersey psychiatric hospital. Masaryk's sensitive personality, substance abuse and, most of all, stress and frustration at his powerlessness had, according to the film, taken such a toll on his psyche that he required psychiatric treatment.

As the film moves from one part of this short but decisive period to another, and details engagingly enough the development of the situation and the position of Czechoslovakia in the power games between Germany and Great Britain, Ševčík aims to convey the tension and the gravity of the events with all means available. Cutting between aerial and wide shots of Prague and London, and the tracking shots following, for instance, the path of a crucial telegram from a secretary's table to a politician's hands, work on the whole. But when this approach is applied to dialogues made up of bombastic statements, equally in the scenes of political negotiations and those portraying Masaryk's relationship with his lover, Lady Anne Higgins (Gina Bramhill), the effect is at times laughable.

Masaryk's treatment in the New Jersey hospital and his relation to Dr Stein, however, pose a bigger problem, as the whole story is a construction by Ševčík and co-writers Petr Kolečko and Alex Königsmark, owing to the lack of information about his prolonged visits to the US at the time. But even if we allow for such artistic liberty, the character of the German doctor who fled the Nazis and forces Masaryk to confront his demons is an unnecessary device only ramping up the bathos and incredulity.

A Prominent Patient gives us as good an overview of the build-up to the Second World War as a fiction film can, and condemns the cowardice and inertia of European powers in the face of Hitler, which would resonate strongly today if the main subject of the film were given the proper treatment, focused more on the real person behind the historical figure than on its fanciful interpretation.

A production by the Czech Republic's In Film Praha, in co-production with the Czech and Slovak national broadcasters and with the participation of ZDF/Arte, A Prominent Patient is handled internationally by Beta Cinema.

more about: A Prominent Patient

The six-episode dramedy, directed by Jan Hřebejk, will follow a former prime minister after he returns to a normal life and poke fun at patriarchy and politics

An award-winning cast has been lined up for Julius Ševčík’s sophomore feature, a Czech-Slovakian drama

A Slovak invasion at the Czech Film Critics’ Awards 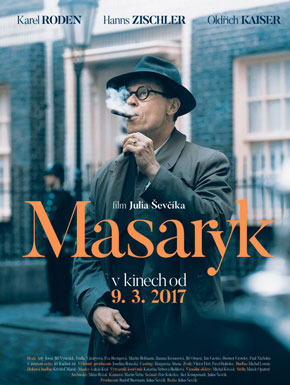 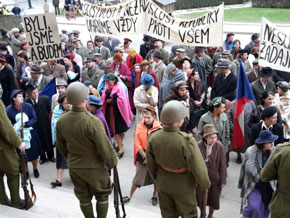 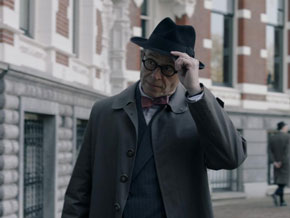 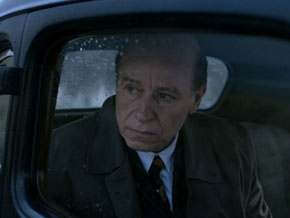 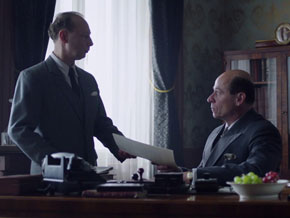