20/02/2017 - BERLIN 2017: Rezo Gigineishvili's fourth feature is both a relentless thriller and a well-developed and delivered social commentary

In the build-up to the Berlinale, Georgian director Rezo Gigineishvili's fourth feature, Hostages [+see also:
trailer
interview: Irakli Kvirikadze
interview: Rezo Gigineishvili
film profile], was one of the buzz titles in the gathering’s sidebars, and it has certainly delivered in terms of craftsmanship and cinematic effect. Gauged so as to drive the audience with suspense and excitement, this hijacking thriller first establishes the social-historical backdrop with elegance and the characters' not-so-obvious motivation with confidence, before topping it all off with one of the most remarkable action set-pieces in recent European cinema.

Based on a real-life event, the film is set in Tbilisi in 1983, where a group of twenty-something children from elite families – aspiring artists, actors and doctors – dream of escaping the stifling life in the Soviet Union. They feel they belong in the free world of possibilities of the West, symbolised by Camel cigarettes and Beatles records, and even the right to practice religion.

The group comes up with a plan to hijack a commercial flight to the Black Sea resort of Batumi, and force the pilot to fly it over the nearby border with Turkey, the nearest country not under the direct command of the Soviet regime. Two of them, young actor Nika (Irakli Kvirikadze) and beautiful and sophisticated Anna (Tina Dalakishvili), are set to get married, providing a perfect pretext for a trip to the seaside with their friends, and an efficient smokescreen for them to conceal tricky preparations (packing guns) and slip out amidst the drunken, emotional chaos inevitable at a Georgian wedding.

Gigineishvili opts for an impressionistic approach and puts the viewer in the middle of the wedding, with the fittingly fluid (and at times flying) camera of DoP Vladislav Opelyants (The Student, 12), and editing by Andrey Gamov and Jaroslav Kaminski (Ida [+see also:
film review
trailer
interview: Pawel Pawlikowski
interview: Pawel Pawlikowski
film profile]). The best man urges the wedding band to play faster, and the camera tangibly picks up the rising tempo of the rhythm-driven traditional music, circling through the rooms, around the newlyweds and between the guests, then following Nika as he runs from one guest to another saying goodbye, and eventually out of the house, together with his bride and friends.

But there is bad news waiting for them at the airport: the itinerary has been changed to merge the flight with another one to Saint Petersburg, meaning a bigger plane and more passengers than they had been expecting. Their naïve plan starts falling apart even before they take off, and spirals downward towards a fatal ending for eight people on board, including three of the hijackers. This breathtaking extended segment is an incredibly immersive piece of inspired, tightly controlled and shockingly convincing action. Moreover, Gigineishvili and his co-writer, acclaimed novelist and playwright Lasha Bughadze, decided to use the extreme situation to bring home crucial points about the hijackers’ social group, and about why they would risk so much when they had it so easy.

BERLIN 2018: We sat down with Georgian actor Irakli Kvirikadze, selected for the 2018 Shooting Stars

We caught up with Georgian director Rezo Gigineishvili, who was in the Sarajevo Film Festival competition with his new film, Hostages

CANNES 2018: In her treatment of the subject of female Kurdish fighters, Eva Husson succeeds in communicating a strong message, but unfortunately fails to convey the finer points

Golshifteh Farahani and Emmanuelle Bercot topline the cast of this Maneki Films production, set to be sold by Elle Driver 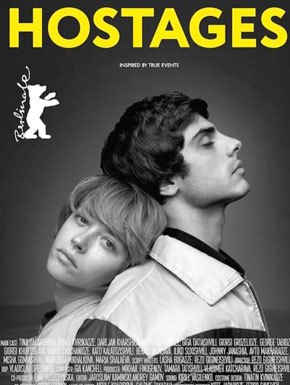 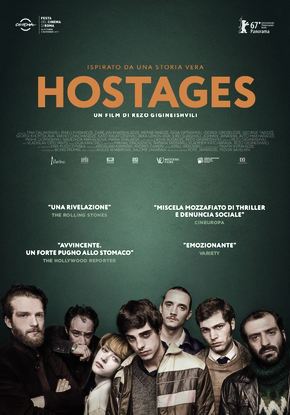 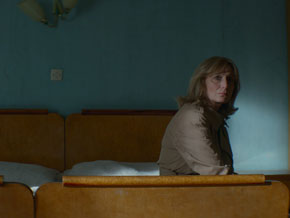 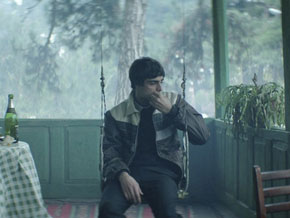 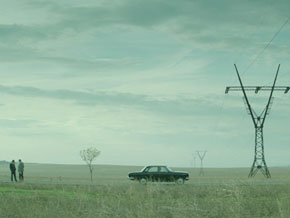 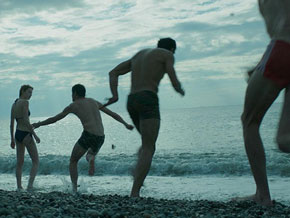