20/02/2017 - After having its premiere at the Rome Film Fest, Volfango De Biasi’s documentary on the Italian championships for psychiatric patients is released in Italy

We left him just two months ago presenting Natale a Londra [+see also:
film review
trailer
film profile], but his real Christmas film was clearly another one entirely. Today Volfango De Biasi brings us, after the premiere at the Rome Film Fest last October, a documentary that tells one of those beautiful and moving stories that will stir your heart: we’re talking about Crazy for Football [+see also:
trailer
film profile], “my highly personal Christmas film”, confirms the director, “because it tells of good intentions that manage to prevail despite a series of problems”.

The film is about football and the craziest championships in the world, the first ever Italian nationals for psychiatric patients. De Biasi, who directed a short documentary back in 2004 on football therapy (Matti per il calcio), is back following the work of psychiatrist Santo Rullo on the reintegration into society of mental patients, and this time his mission is an ambitious one: to get his patients participating in the world championships for psychiatric patients held in Osaka, Japan. With a former professional footballer as his coach (Enrico Zanchini) and a world boxing champion as his athletic trainer (Vincenzo Cantatore), the project soon takes shape.

We start with the selection of the shortlist of 12 players who will participate in the retreat, which is when we start to learn the stories of these men and their borderline personalities: there are those who have been taking medication since they were children, those who have experienced trauma, those who have dabbled in drugs, and even a former policeman who used to be a bodyguard for President Cossiga. But it is above all what happens on the pitch that takes precedent during the 75 minutes of the film: the coaching, the strategies, the discipline and training of a competitive and driven team, under the guidance of an enthralling and passionate Zanchini who treats his players like normal professionals and makes allowances for no one.

And then, in February 2016, we have the journey to Osaka. The documentary draws us in: we meet the other teams, our team’s counterparts from Peru and Japan, and see one team play after another, rejoicing in every goal. There are, of course, problems. There are clashes, desertions, but everything is portrayed with the levity of stories about sport, because “who said that to make a socially engaged film you have to show just tragedy and stir it into a sense of collective guilt”, explains De Biasi. No compassion, “here mental patients leave their isolation to live the exciting dream of many: wearing the national strip”, and the moment when each of the players receives their official Italian Football Federation tracksuit will move the audience too.

A beautiful and important story that breaks down barriers, celebrates sport as a medicine (many of the patients have indeed reduced the amount of medication they’re on through the sport), and doesn’t end here. Crazy for Football is a much more wide-ranging project: “The aim now is to organise the world championships in Rome in 2018”, says the director, “so we’re appealing to institutions and sponsors”. In 2020 they will be held in Peru, and in 2022 in Qatar, alongside the “official” world championships; then, we will try to organise them every four years in the same cities, a bit like the Paralympics. The craziest championships in the world are now very much a reality.

Produced by SkyDancers with Rai Cinema, in partnership with Istituto Luce Cinecittà and with the support of the Italian Ministry for Cultural Heritage and Activities and Tourism and the Rome Lazio Film Commission, Crazy for Football is being released today as a special event in 44 theatres on the Unici circuit, and will be released in Istituto Luce Cinecittà theatres on Thursday 23 February.

more about: Crazy for Football: The Craziest World Cup

Volfango De Biasi directs a free adaptation of successful French film Alibi.com, making for a pleasant comedy based on a series of misunderstandings and playing with lies and the art of deception

Filming on the new comedy by Italian writer-director has kicked off in Apulia. The film stars Giampaolo Morelli, Massimo Ghini, Alessandra Mastronardi and Paolo Ruffini 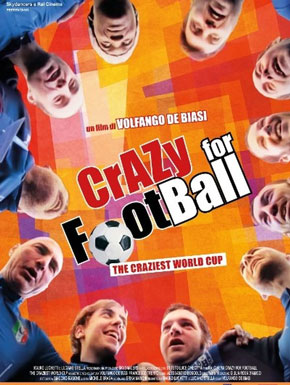 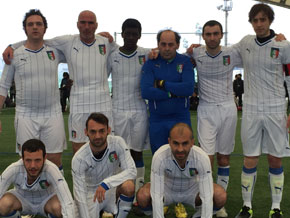 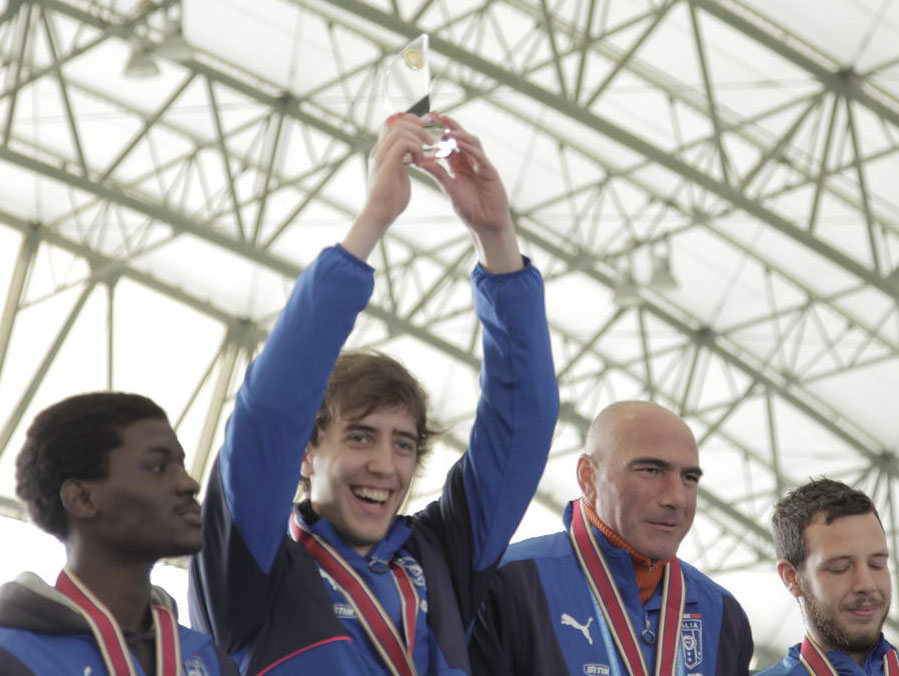 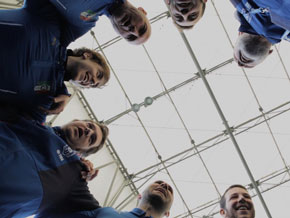