When the Day Had No Name: When society fails every test

27/02/2017 - BERLIN 2017: Teona Strugar Mitevska's fourth feature is her most accomplished and rewarding film to date

Teona Strugar Mitevska is one of Macedonia's rare filmmakers who has been on the map for over 15 years, since her short Veta won a Special Mention at the Berlinale in 2001. Her feature debut, How I Killed a Saint, competed at Rotterdam in 2004, and I Am from Titov Veles [+see also:
film review
trailer
interview: Teona Strugar Mitevska
film profile] (2007) and The Woman Who Brushed off Her Tears (2012) both enjoyed strong festival exposure.

With her latest film, When the Day Had No Name [+see also:
trailer
interview: Teona Strugar Mitevska
film profile], which world-premiered recently as a Panorama Special screening at the Berlinale, Mitevska has taken a new, bold step forward. It is a very specific look at the current state of Macedonian society, Balkan macho culture, and the consequences they have on the younger generations. Inspired by a real event, but telling the story from an opposite angle, it is a tough, but in the end more than rewarding, film to see.

The opening narrative title informs us about the incident from 2012, when the bodies of four teenagers were found at a lake outside Skopje. “The incident divided Macedonian society, but this is not a film about them…”, the title concludes. Then we meet the six boys who are the heroes of our story. First up is Milan, the only boy from a rich household. His father is not around, and he has a very tense relationship with his dad's wife (Labina Mitevska). He picks up Petar, whose depressed mother spends her days watching TV soap operas and lamenting their poverty. Soon, the two best friends will be joined by four other boys, one of whom suffers from a physical disability that his friends sometimes make him feel positive about, only to slam him back down with humiliating comments. The group plans to go on a fishing excursion, but not before they spend a night drinking, and visit an underage prostitute for an “initiation into manhood”.

This event, which takes up an unexpectedly difficult and, eventually, shocking 25 minutes of the film, takes place in a shabby, run-down student dorm, which looks like a forgotten bureaucratic building from some long-gone administration. It could almost serve as a paradigm for the society depicted in this film: a barely functioning structure that constant political changes for the worse have ripped all the meat off through corruption and neglect of the ordinary people. What’s left is no more than a skeleton of a construction for the frustrated masculinity/social identity of the next generation to seal its downward spiral with by further strengthening its imagined dominance over the weaker sex/segment of the population.

The protagonists express their misguided attitudes towards women throughout the film. The most telling example is Milan, in essence a gentle boy who genuinely likes his girlfriend Elena, but is hesitant to take her to the prom, as she is a bit plump, so not exactly one of the "trophies" that boys are conditioned to win.

Mitevska arrives at her message from different places, fortifying it through sometimes sophisticated, and sometimes blunt, means, but cinematically, When the Day Had No Name is a tightly directed film with a rough and strong visual style, and powerful sound design that takes over the task of storytelling in well-chosen places, especially when Jean Paul Dessy's disturbing, tension-creating music kicks in.

The casting of boys with little or no acting experience lends the film aspects that perhaps even the director did not expect. Their individual characteristics spring out of the film like weeds, unexpectedly adding to the disturbing (more frequently) and optimistic (quite rarely) sides of the personalities that they represent.

When the Day Had No Name is a co-production between Macedonia's Sisters and Brother Mitevski, Belgium's Entre Chien et Loup and Slovenia's Vertigo. Cercamon has the international rights.

more about: When the Day Had No Name

“Filmmaking is a mathematical exercise that results in a profound truth”

As her When the Day Had No Name screens at Sofia, Macedonian filmmaker Teona Strugar Mitevska tells us more about her new movie

As part of our #EuropeansAgainstCovid19 series in collaboration with LUX Prize, Macedonian director Teona Strugar Mitevska talks to us about the current situation

BERLIN 2019: Macedonian filmmaker Teona Mitevska returns to the Berlinale with a film that opposes tradition and patriarchy in an accomplished, punky manner

The French sales company's line-up includes God Exists, Her Name is Petrunija by the Macedonian director Teona Strugar Mitevska, which is due to be screened in competition

My Happy Family triumphs at Lecce 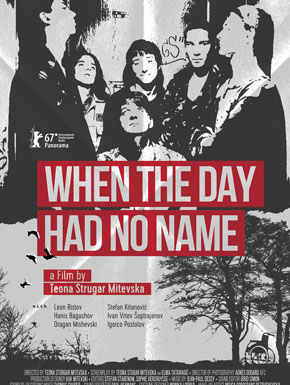 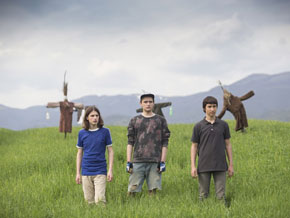 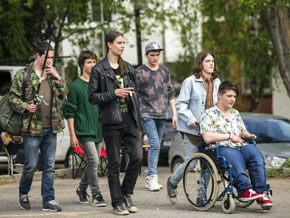 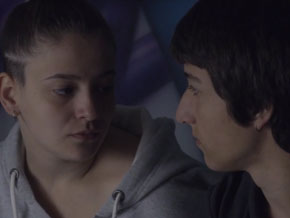 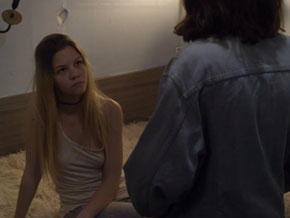 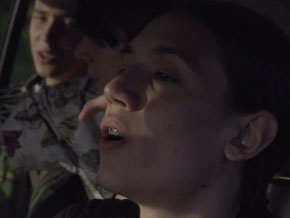