09/03/2017 - Pamplona-born David Arratibel world-premieres at the Punto de Vista his second documentary: an investigation into the elusive workings of religious conversion

A scene of Converso

What would happen if, all of a sudden, you realised that your entire family had become practising Catholics, Buddhists or Muslims? Would you feel shoved out, out of place or like you had become the black sheep of the family? Would you, in that situation, try to follow them down the path of faith? This is a predicament that David Arratibel found himself faced with in his own life, and in Converso [+see also:
trailer
film profile], premiering in the Official Section of the 11th edition of Punto de Vista, the International Documentary Film Festival of Navarra and set to travel to Malaga later in the Spring (find out more here) he offers a magnificent and surprising telling of this story. The director’s first work, Oírse, also drew on his own personal experience, focusing on those who, like himself, suffer from tinnitus: a continuous impression of hearing a sound — a humming or a whistling — that has no external source.

Converso opens and closes with an organ, that instrument that dominates churches and cathedrals and whose chords serve as a manifestation of religious faith. Later, Arratibel enters into conversation (the film’s title is a play on words, evoking both “converts” and “to converse” in Spanish) with members of his own family: his brother-in-law, his older brother, his mother and the clan’s very youngest member. Every one of them is an actively practising Christian, with a firm belief in God. David is not, and for years he shied away from confronting the issue — perhaps it frightened him, angered him or made him want to distance himself from those he loves. Now, thanks to the medium of film, he has finally managed to look his family’s faith in the eye — and he’s done it with care, respect and sensitivity. The result? It’s a film that defies easy categorisation, but it’s undeniably captivating.

In his fervent quest to understand the mysteries of religious conversion, Arratibel interviews those closest to him one by one, in an atmosphere of intimacy and closeness. To create this sense of intimacy, interviewer and interviewee were left entirely alone; the technical crew set everything up so they could absent themselves while the conversation was actually taking place, in order to avoid detracting from the authenticity and, above all, the sense of trust, that characterises a conversation between close relatives. The end result feels somewhat like a confession. Words and ideas flow freely, with breath-taking naturalness, building up a picture of a reality that will leave the agnostics, atheists and lapsed believers in the audience bemused. It’s like seeing a flying saucer from another galaxy.

Those of us who do not come from families of believers, or who simply never talk about it, are just as astonished as the film’s director to hear human beings describe how they suddenly saw the light and found happiness. Like Arratibel, it might lead us to start questioning a few things — common sense as well as philosophy or politics. No wonder the film contains some strange and unsettling scenes, suggestive of horror, comedy, science fiction, anthropological enquiry or pure faith; meanwhile, the holy spirit is hovers, ever-present, in the background.

Converso was produced by Zazpi T´erdi and Filmotive and will be distributed by Playtime Audiovisuales.

Review: Lots of Kids, a Monkey and a Castle

KARLOVY VARY 2017: Spain's Gustavo Salmerón entertains and moves us with his portrayal of an era with a story of the social advancement of his own family, captained by a fascinating mother

Two female directors come out on top at D'A

Israeli filmmaker Hadas Ben Aroya has scooped the top prize in the Talents section with People That Are Not Me, while Germany’s Nele Wohlatz picked up the Critics’ Award for The Future Perfect

The film by the UK’s Miranda Pennell has gone home with the top prize at the Navarra International Documentary Film Festival, the 11th edition of which drew to a close on Saturday

Pamplona-born David Arratibel world-premieres at the Punto de Vista his second documentary: an investigation into the elusive workings of religious conversion

The avant-garde documentary festival in Pamplona kicks off its 11th edition on 6 March, with a programme devoted to the experience of soaring through the cinematic skies 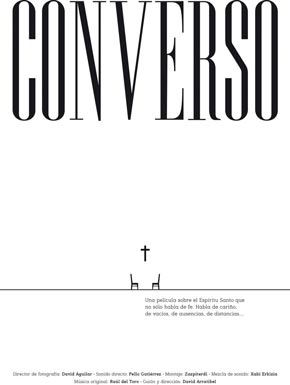 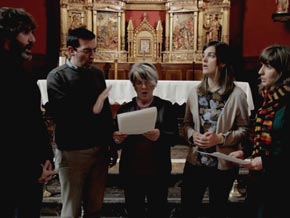 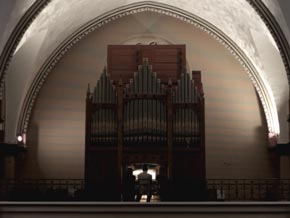 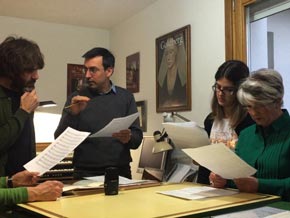 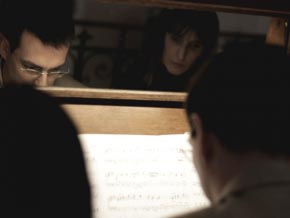