For the first time in its 21 editions, the Sofia International Film Festival (9-19 March) can boast about having three Bulgarian features in its main competition: besides the better-known Godless [+see also:
film review
trailer
interview: Ralitza Petrova
film profile] and Glory [+see also:
film review
trailer
interview: Petar Valchanov
interview: Petar Valchanov, Kristina G…
film profile], there is also Konstantin Bojanov’s moody, deeply personal story about a young autistic artist in search of his idol, himself and… light. With its luminous, kind-hearted protagonist, Light Thereafter [+see also:
trailer
film profile] could not be further away from the other two Bulgarian features in terms of directorial approach and execution, wildly distancing itself from the tropes of local cinema.

Young Irish actor Barry Keoghan plays Pavel, a 16-year-old artist who, after being deeply moved by the works of famous, reclusive painter Arnaud (Kim Bodnia), embarks on a journey in order to show him his own sketches. It will be a voyage full of adventures, life-changing experiences and encounters with larger-than-life characters. Inspired by his own experiences as a teenager, Bojanov talks not only about the struggles of an artist, but also about the futility of trying to control our destiny.

Masterfully shot by DoP Nenad Boroevich, from the very beginning, Light Thereafter uses light as a means of discussing the protagonist’s love for the arts. We see Pavel in a forest, playing with the rays of light streaming through the leaves. Rarely has a first shot in a film been more efficient in introducing its main character and its director’s goals: if most Bulgarian directors working today are focused on social commentary, Bojanov’s interest is obviously visual poetry. An accomplished photographer, the director creates his frames as if they were still pictures, constantly pushing Keoghan under the most revealing and enticing light.

After releasing his first feature, Ave [+see also:
film review
trailer
interview: Konstantin Bojanov
film profile], Bojanov told Cineuropa that he wanted his story, though shot in Bulgaria, to “speak a universal language”. The director takes it to the next level with Light Thereafter, whose only relation to Bulgaria is the nationality of Pavel’s mother (Margita Gosheva), Miglena, who also pronounces the film’s very few lines in Bulgarian. Danish actor Thure Lindhardt, French actress Solène Rigot and Belgian actress Lubna Azabal, all playing characters that affect Pavel in different ways, add to the international feel of Light Thereafter, turning it into a feature as universal as, well, light.

Light Thereafter tackles many aspects of an artist’s life. The need for a mentor, creator/destroyer duality, the challenge of personal relationships, the addictive search for the best way to turn one’s vision into a form of art, the obsession for capturing the essence of life, and the creator’s solitude and his sacrifice all make an appearance in Bojanov’s film. A scene where Pavel admires the work of Arnaud by night stresses the director’s multi-layered approach: we first see the model, then the finished painting, and then Pavel looking at the painting under the dancing light of a torch – a succession of elements underlining the transformative force of the artistic endeavour.

Light Thereafter succeeds in convincing its audience that, no matter the hardships or the harsh treatment by others, life is worth living, if only to enjoy the small, fleeting experiences of a smile from a person one likes, the lively trot of a herd of horses in the morning haze, the bawdy confessions of a friend or the subtle sound of a brush making a stroke into which an artist pours the very essence of his being. We are – or, for that matter, can become – light.

We interview Bulgaria’s 2017 Producer on the Move, Mila Voinikova, who debuted as lead producer with Konstantin Bojanov’s Light Thereafter

Directions, 3/4 and Light Thereafter were also among the winners of the Bulgarian event

The director’s third feature is a co-production between Bulgaria, France, and India

Latido Films proffers a raft of films at Cannes

The director of this important Madrilenian sales agent, Antonio Saura, lists the titles – both Spanish and from elsewhere – that he will be pushing in the world’s film capital next week

Dragomir Sholev in development with Fishbone

The Spanish sales agent managed by Antonio Saura is bringing a slate of tantalising titles to Berlin, spearheaded by the war film Rescue Under Fire, starring Roberto Álamo and Ariadna Gil 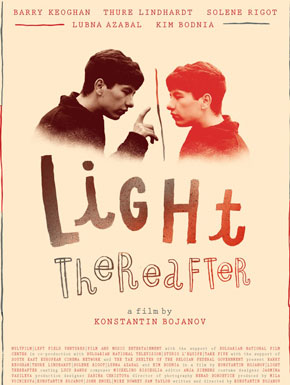 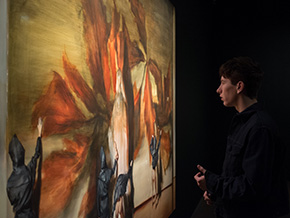 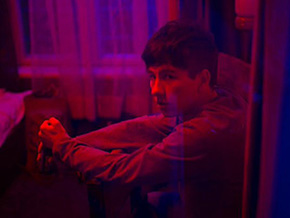