21/03/2017 - Veteran Serbian director Goran Paskaljević is back with an excellent drama made in India, in the local language and with local actors

Victor Banerjee in Land of the Gods

Land of the Gods [+see also:
trailer
interview: Goran Paskaljević
film profile], the latest film by veteran Serbian filmmaker Goran Paskaljević, is the first of its kind in at least two ways. It is the first Serbian film to be filmed in India, with Indian actors and a Serbian crew, and is also the first Serbian film to be picked up by Amazon for global VoD distribution. The film, which world-premiered in the Toronto International Film Festival’s Masters section, will benefit from some more festival exposure, but very limited theatrical distribution ahead of its VoD premiere at the end of April. Cineuropa caught it at the Sofia International Film Festival.

Paskaljević, who penned the script together with the film’s star Victor Banerjee (known from A Passage to India and Bitter Moon), tells a simple, local, yet universal story about a man who comes back to his native village in the Himalayas after spending most of his life abroad, only to find out that some things never change.

After a beautiful opening shot of a religious ceremony in the holy city of Haridwar, on the banks of the Ganges, we meet Rahul Negi (Banerjee) during a long cab ride to the place he once called home. The cab driver (Raj Zutsi, from Slumdog Millionaire [+see also:
film review
trailer
interview: Danny Boyle
film profile]) informs his passenger about the monsoon and landslides that hit the area a couple of years ago, claiming thousands of lives. Rahul, on the other hand, feels tired and has only one goal: to see his village, his family and his one-time love, Maya, for the last time before he completely loses his failing eyesight.

But he is an unwanted visitor, and his return stirs up old, deep resentments. Aside from his only old friend (Avijit Dutt, from Kama Sutra: A Tale of Love), the guru at the local temple, and the new teacher (the beautiful Geetanjali Thapa) who wants to bring some modernity to the village, everybody else sees him as a threat. As the story unfolds at a deliberate, meditative pace, we learn that he had previously challenged traditions, which resulted in him being banished from the village. The model of patriarchal rule and caste system is still alive and kicking, even though the world has changed and the village is becoming depopulated.

Building on the simple set-up with deep emotions, and adding details of the local context to it, Paskaljević has arguably made his best work since Powder Keg (1998). The camera work by his regular DoP, Milan Spasić, is stellar, catching the beautiful vistas of Uttarakhand state as a contrast with the hardships of daily life in the mountains. The sense of realism is underlined by relying only on local, traditional costumes and music. The only thing not local, but still quintessentially Indian, is the great poet and Nobel Prize laureate Rabindranath Tagore, to whom Paskaljević refers twice in the film, as well as concluding it with a title card of one of his quotes.

Paskaljević has worked on fairly unorthodox productions before, filming abroad and always blending into the culture of the country where he filmed and the milieu of his characters, as in Someone Else’s America (1995), or in the Irish-set How Harry Became a Tree (2001), while his Honeymooners (2009) was the first ever Serbian-Albanian co-production. With Land of the Gods, Paskaljević has taken this to another level. Filmed within the tight timeframe of only five weeks in difficult terrain and on a tight budget, Land of the Gods is a great Indian film with universal appeal.

more about: Land of the Gods

The awards have been handed out in the First and Second Works, and International Panorama categories of the Bari International Film Festival, which ended on 29 April

Veteran Serbian director Goran Paskaljević is back with an excellent drama made in India, in the local language and with local actors 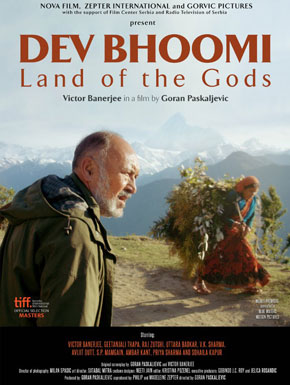 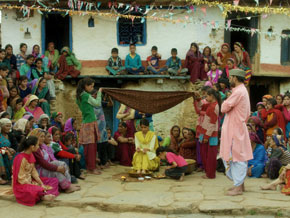 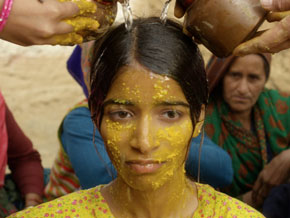 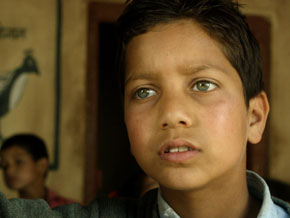 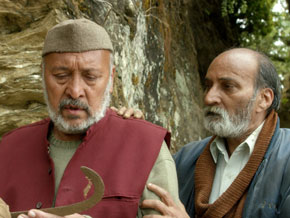 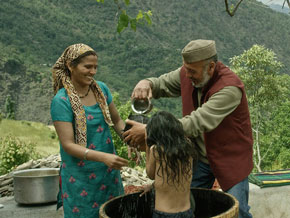 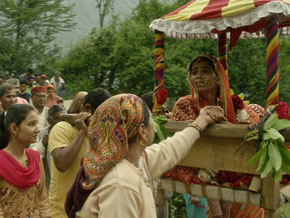