24/03/2017 - In her second film, Roser Aguilar offers a brave portrayal of a middle-class woman whose life is transformed by an act of violence, sending her spiralling down some murky and unexpected paths

It falls to another versatile actress, Laia Marull, to carry the full weight of the conflict that Aguilar painfully dissects in Brava. Her character is every bit as complex, ambiguous, broken and hardened as that played by Nathalie Poza in No sé decir adiós [+see also:
film review
trailer
interview: Lino Escalera
film profile], raising the prospect of a two-woman showdown for Malaga’s best actress award, the Biznaga de Plata. Marull, a three-time Goya winner (for Fugitives, Take My Eyes and Black Bread [+see also:
trailer
film profile]), here steps into the well-heeled shoes of a woman from a good background, with a steady job and partner — both of which are beginning to bore her. One night, as she returns home, she witnesses two young men assaulting a woman. Janine bravely calls out to them and the pair stop what they are doing, but later they follow her, and it is she who suffers a violent attack... until, once again, they decide to go after another victim.

What would each of us do, faced with such a horrific situation as the one presented to us in Brava? Would we run away? Try to confront the assailants? Risk our own lives? Aguilar, together with her screenwriting partner Alejandro Hernández (Cannibal [+see also:
film review
trailer
interview: Manuel Martín Cuenca
film profile]), tasks us with accompanying Janine in her quest to find a way to deal with what has happened to her. It’s a distressing experience, to say the least.

Roser refrains from any heavy-handedness as the camera smoothly and rhythmically follows Marull’s character, and our journey to the edge of the abyss into which she is headed is marked by elegance, style and an unhurried pace. First, we feel her shock, then we witness her flight — but what is she fleeing from? This ambiguity, the fact that we don’t know where this shattered, disorientated and disturbed woman is going, at times occasions a sense of detachment on the part of the viewer. Gripped by the need to “understand”, we try to find logical explanations for actions driven by a damaged or sick mind, or which, quite simply, seem diametrically opposed to the way a normal adult would behave.

In an effort to save herself, Janine seeks refuge in the warmth of her childhood home on the picturesque Costa Brava, but the fear, guilt, pain and chaos that consume her push her towards another destination, not exactly a restful one, that she never imagined. In venturing to explore such a thorny moral dilemma on the big screen, Roser Aguilar has shown a great deal of courage; even if more than one viewer finds it hard to stomach such a bold and unusual proposition.

“I’m grateful to my producers for not walking away”

In her second film, Roser Aguilar offers a brave portrayal of a middle-class woman whose life is transformed by an act of violence, sending her spiralling down some murky and unexpected paths 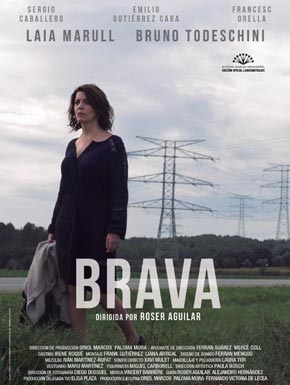 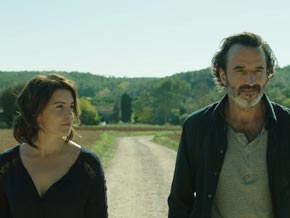 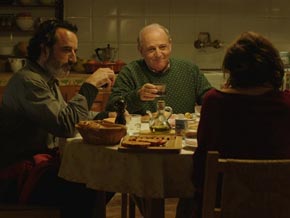 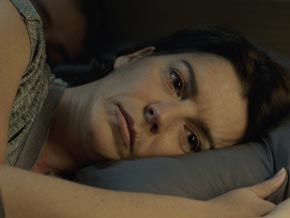