Ties That Bind: All happy families – or not

03/04/2017 - Ivette Löcker’s award-winning documentary, freshly crowned at the Diagonale, is a humorous and touching portrait of a Salzburg marriage long past its expiry date

With Ties That Bind [+see also:
trailer
film profile], which took home the Best Documentary Award after premiering at the 20th Diagonale Festival of Austrian Film, Ivette Löcker continues to explore themes first addressed in her non-fiction short Sonja Wolf, A Survivor’s Tale (2013) and her second feature-length film, If It Blinds, Open Your Eyes (2014). While these previous efforts, however, respectively concerned the life and survival of a German-born woman deported in the 1940s from Moscow to Kazakhstan, and the mechanisms of everyday resilience demonstrated by a Russian couple addicted to heroin, for this latest work Löcker turns to her own parents, and the quiet town in the Salzburg state in which she and her two sisters were brought up. The result is a fascinating and engaging family portrait that is by turns amusing and touching.

Though Irene and Werner have lived in their current home for 39 years, they have been separated from one another for 18. From the unusual premise of this small-town idiosyncrasy, however, Löcker excavates an astute and rich enough portrait of her parents that the unspoken emotions of these protagonists translate easily: this is an accomplished example of finding the universal in the specific.

Cueing us in on the film’s reflexive construction, Löcker opens her account in ostensibly fictional fashion: revealing to a masseuse her anxiety about returning to her childhood home, she cuts to a slow-motion sequence introducing us to Irene and Werner, living out a sun-baked idyll defined by gardening, lawn-mowing and strawberry-growing. Or not: stopping this interlude dead, the director then interviews her parents, interrogating them in a frontal two-shot in which their estrangement from one another soon becomes apparent.

Irene, we sense, is the more regretful of the two: it isn’t long into the film that, when pushed to recall happier times, she sheds her first tear. Werner, by contrast, is a closed book – though Löcker gives him enough screen time so that his unthinking stubbornness emerges as a survival technique in its own right. If this septuagenarian isn’t outright detestable in his arrogance, it’s because it’s also easy to read him as a kind of child, a man of simple pleasures who was for too long trapped in a marriage that asked more of him than he could ever provide. Löcker contrasts her father’s comically juvenile inability to assume responsibility for just about anything against repeated scenes in which her mother is seen either cooking or gardening – thereby reinforcing Werner’s hurtful suggestion at one point that these duties are all that his wife has. Irene’s repeated refrain – “That’s the way it is” – speaks of a long-suffering resignation.

Löcker’s film accepts the essential inexplicability of this marital breakdown – as well as the sadness that such a predicament entails. How, we are left wondering, could Irene and Werner have fallen for one another in the first place, never mind stayed together for so long? The director finds at least two readymade metaphors to serve her portrait of a romance long past its expiry date. The first, an aerial shot of the town in which Irene and Werner live, shows a hotchpotch of detached homes whose relationship to one another never really gels. The second is the mould that has accrued in the couple’s neglected and abandoned second home.

Indeed, one of the film’s funniest and most exasperating moments occurs when Werner, dismissive of the long-term health effects of living in a mouldy house, is finally told by an expert that the abode is untenable, leaving him visibly lost for words. As Werner’s daughter sustains the reaction shot, we sense that – finally – some quiet epiphany has penetrated this man’s obstinate exterior.

Like its director’s previous feature-length documentaries, Ties That Bind was produced by Mischief Films.

more about: Ties that Bind

Ties That Bind: All happy families – or not

Ivette Löcker’s award-winning documentary, freshly crowned at the Diagonale, is a humorous and touching portrait of a Salzburg marriage long past its expiry date 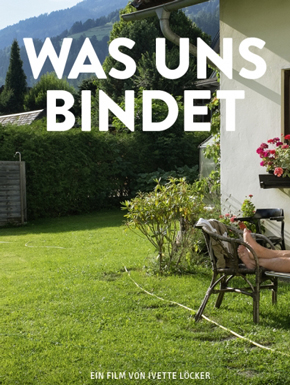 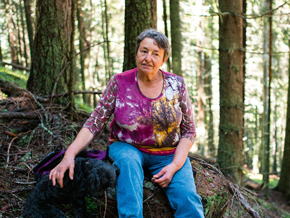 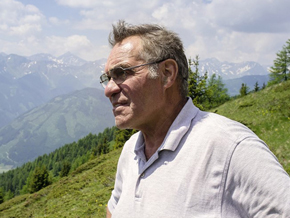 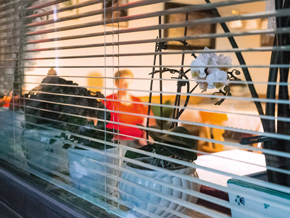 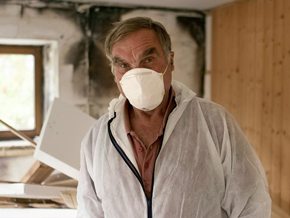