Corporate: "Do you want a death on your conscience?"

"Do you not understand? We want to get rid of you. We don’t want you anymore. We won’t offer you anything else. So quit!" When Emilie Tesson-Hansen, the human resources manager of the financial department of the Esen Group loses her cool in a side street where a long-suffering employee catches up with her ("I don’t fit the profile? Why are you attacking me like this? What did I ever do to you?"), she doesn’t know that it’s her entire professional world and her perception of herself that’s about to turn upside down. As the man throws himself from a window the same day while he’s at work. This is the point of departure of Corporate [+see also:
trailer
interview: Nicolas Silhol
film profile], Nicolas Silhol’s debut feature which Diaphana released in France today, a film which meticulously decrypts the cynical underside of the mirror of "lean management" (a work organisation system which aims to cut down on the waste that reduces the effectiveness or performance of a company) which unfortunately still prevails in a number of multinationals of the globalised economy.

Immersing us in the sterile world of offices, meetings, interviews and the official jargon of big business, a space which is rather difficult to broach through film and is rarely tackled in French films (with the exception of the memorable Work Hard, Play Hard [+see also:
trailer
film profile] in 2004), Corporate skilfully takes possession (with a screenplay written by the director with Nicolas Fleureau) of its subject matter by exploring the responsibility of devoted worker bees charged with orchestrating "management through terror". A personal ethical dilemma faced by human resources manager Emilie Tesson-Hansen (played by the outstanding Céline Sallette), a professional who doesn’t hesitate until the tragedy the secret internal strategy of the group ends in. This strategy is called the Ambition 2016 plan, and uses behavioural evaluations to target "the stubborn ones, those who resist change" and, as firing them is a no-go, first of all tries to persuade them to move on ("as if asking an employee to sideline himself") before moving on to the "trench warfare" stage ("go please, we don’t have anything for you and you’re reaping the consequences").

But when the reality of the results measures up against the yardstick of a corpse lying there for all to see, the foot soldiers of the system start to have doubts, and their convictions waver.  Shrewdly and meticulously dissecting the psychological shift of a woman torn between her personal ambitions, her large salary and her "corporate" spirit (along with her undying loyalty to her boss and protector played by Lambert Wilson), afraid of being the scapegoat for brutal and hidden management methods that soon backfire on her, and her sudden awareness of her moral complicity in a vast and underhandedly destructive programme, the film paints a picture of the clinical places of a system. And it succeeds in doing so very effectively, instilling a very personal-feeling atmosphere of muffled tension and slowly but surely giving us drops of information to understand this ruthless general state of affairs (communication lies, incitation to destroy evidence, latent threats, promises of promotion, etc.) through the investigation carried out in the company by a labour inspector (Violaine Fumeau), at the heart of a dehumanised pyramid against which it is very hard to rebel from the inside, as you must first re-evaluate yourself.

Produced by Kazak Productions, Corporate is being sold internationally by Indie Sales.

"The subject matter of the film scared people"

KARLOVY VARY 2017: We caught up with French filmmaker Nicolas Silhol to talk about his first feature film, Corporate, which is being shown in competition at Karlovy Vary

"The only way forward is to be original"

Shoot about to start for Sarah Suco’s The Dazzled

Jean-Pierre Darroussin, Camille Cottin and Éric Caravaca are among the cast of the director’s feature debut, staged by Mon Voisin Productions and set to be sold by Pyramide 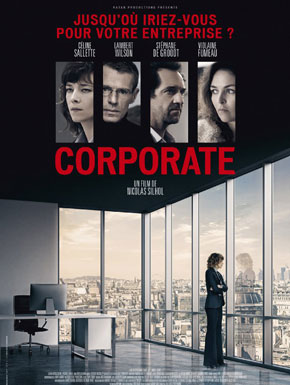 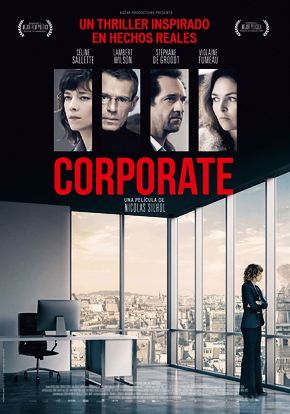 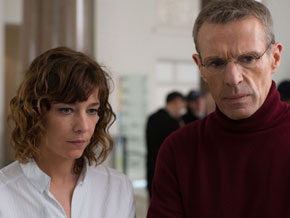 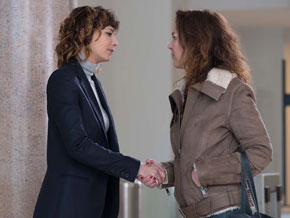 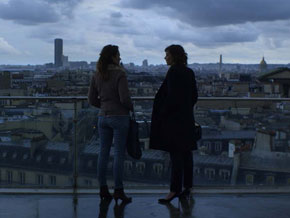 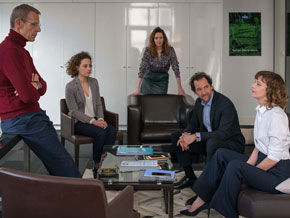 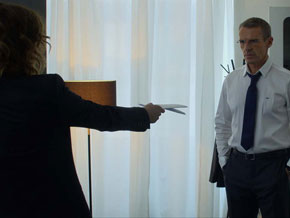 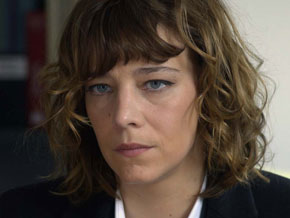