13/04/2017 - The latest film by Stefan Haupt (The Circle), which is based on the book of the same name by Lukas Hartmann, strikes a chord with its strength and austere elegance

After the success of his previous film, The Circle [+see also:
film review
trailer
interview: Stefan Haupt
film profile], Swiss director Stefan Haupt decides to transcribe the first book by Lukas Hartmann, Dark Fortune [+see also:
trailer
film profile], into image form. A challenging transition that could easily have fallen into a trap it is difficult to escape from. Haupt manages to make Hartmann’s story his own, transforming it without altering its nature, in a succession of elegant and mysterious images dominated by light and dark. Dark Fortune portrays a tragedy that destroys one family only to save another.

On the day of a solar eclipse, a road accident devastates a family of five people. The people in the vehicle are returning home to Zurich after travelling around Alsace. Right in the middle of a violent quarrel, which Haupt expertly conveys through fleeting images that become increasingly confused, the car crashes in a motorway tunnel. Only the youngest son, Yves (played by young Noé Rickling), survives. Later on that night, psychologist Eliane Hess (in an intense performance by Eleni Haupt) receives a telephone call from the doctor at the hospital, asking her to meet with Yves. Eliane immediately feels strangely connected to the child, as if a mysterious force were pulling them together. Soon enough, disturbing details start to emerge about Yves’ family. Everything suggests that the father was violently abusive, above all towards his wife. What really happened on the day of the accident? Eliane decides to take Yves into her home for a few weeks, which forces her to come to terms with her own painful past. The psychologist and the child find themselves fighting the same demons in a mutual quest for forgiveness and redemption.

Despite the nature of its subject matter, Dark Fortune is not a gloomy film, but a bright one inhabited by a mysterious and incredibly attractive aura. The characters are credible and engaging, above all the psychologist, for once not portrayed as an all-powerful being with almost superhuman powers. Eliane is incredibly compassionate, complex in her desire to take on life as if nothing fazes her. The traumas of her past, despite her best efforts to forget them, become the source of her strength in spite of everything, and the driving force that compels her to forgive others as well as herself. Yves duets with Eliane, feeding off her fragility ad savouring her hidden strength. Both have been left bruised by life, but this doesn’t stop them from helping one another to heal by finding meaning to the pain that gnaws at them. Dark Fortune is an aesthetically elegant, mysterious and engaging film. Tobias Dengler’s work on the cinematography is sophisticated, and the play on light and dark that wraps around the images majestic. The colours, like in the Issenheim Altarpiece, which acts as a guiding thread throughout the film, are eloquent, a subtext rich in hidden meaning. The protagonists are literally (re)clothed in colour, as if passively being subjected to the mystery. Haupt plays with the concept of reality and fiction by cloaking the film in an atmosphere somewhere between tangibleness and dreams. The music by Tomas Korber, simple and seductive, perfectly highlights this feeling. As the director himself has said, the rhythm and length of the film reflect a course of therapy which, to be effective, must be applied little by little, at a calm pace. Redemption is just around the corner but you must be brave enough to look for it, without haste.

Dark Fortune was produced by Triluna Film, Fontana Film, Radio und Fernsehen/SRG SSR and Teleclub AG, and the international rights to the film are held by Wide.

The latest film by Stefan Haupt (The Circle), which is based on the book of the same name by Lukas Hartmann, strikes a chord with its strength and austere elegance 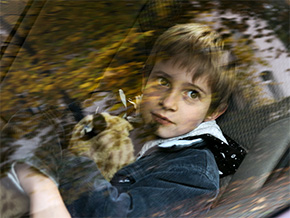 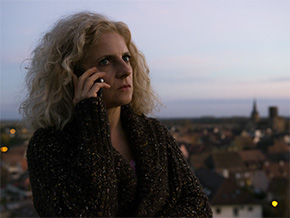 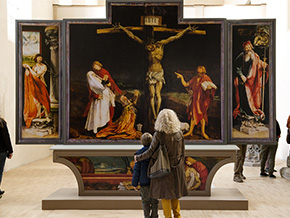 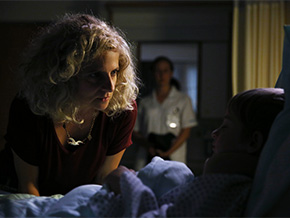