24/04/2017 - Bohdan Sláma’s endearing family drama, now competing at the Tribeca Film Festival, shows a coming of age can take place at any time of life

Czech filmmaker Bohdan Sláma’s endearing family drama Ice Mother [+see also:
trailer
film profile], now screening at the Tribeca Film Festival, shows us that it is never too late to gain control of your life and finally decide to make a change. It is the story of Hana, a Czech widow from Prague, marvellously played by Zuzana Kronerova, who may become a role model for older people throughout the world who have resigned themselves to solitude or to being mere satellites of the younger generations of their families.

Hana is the quintessential Eastern European grandmother, always carrying a grocery bag and mumbling details about the next family meal. She still lives in the spacious villa she used to share with her late husband, and the highlight of her week is Saturday lunch with her two sons, their wives and children. True monuments to egotism, the two sons never cease to imply that Hana is an obsolete appendage of the family and that her excellent meals, her kind words and her wisdom do not redeem her from being a tolerable nuisance. The saddest aspect of the film’s premise is that Hana believes them, and tries to make herself invisible in the family.

But it’s never too late for a second coming of age. The screenplay, written by Sláma, sets up a revolution in Hana’s life, and this revolution is Brona (Pavel Novy), an old charmer with a weak heart whom Hana helps when he loses his breath in a frozen river. An ice swimmer, Brona lives in the open air, in a decrepit campervan. He expresses his gratitude by giving Hana eggs, freshly laid by the hens he keeps at the back of the campervan. Something changes in Hana’s gaze; maybe the boring days and the stressful Saturdays with her two sons bickering over the table are not everything life has in store for her.

It’s very easy to love the main characters in Ice Mother, because they are so familiar. Everybody knows a Hana and a Brona and everybody can relate to the challenges in their lives. Sláma cleverly surrounds them with convincing, casual, slightly absurdist (a jealous hen steals some scenes) elements that prove it’s never too late to challenge the opinions others have about us, and ask, sincerely, what do I want? Answer truthfully, and the problem is already half-solved. Another merit of the story is that satellite Hana doesn’t choose to merely revolve around a nicer planet, but to become a planet herself.

The obvious target of Hana’s story may be the older generation, but Sláma’s screenplay strikes more than one note. Even if the story gets muddled in too much family drama, and even if the two sons’ egotism is sometimes highly unconvincing, Ice Mother has plenty to offer several generations, inviting entire families into its world of adventure and understanding.

As the film challenges the image we have about ourselves, it may prompt healthy conversations between family members who – as so often happens – nurture a too-comfortable and generally wrong impression of the relationships between the generations. The youngest viewers may want to avert their eyes, though, when Hana and Brona try to make love with a shyness worthy of virgins, but all viewers will remember some of the most endearing lines to be heard in any cinema this year: “I am cold,” says Hana getting out of the icy water. “Yes, but you’re happy,” answers Brona covering her with a thick towel.

A co-production between Negativ Film Productions, Artileria and Why Not Productions, Ice Mother is being represented internationally by The Match Factory.

The director of the best Slovakian film of 2018, The Interpreter, reflects changes in our world in realist and fantasy layers

Petr Václav’s new film, which is set to kick off a tetralogy, is just one of the titles receiving backing

The Czech Film Fund has supported the latest projects by Slávek Horák, Olmo Omerzu and Bohdan Sláma with a total of €2.4 million

Rainer Sarnet’s film was the only fiction to win a major award, as the documentaries by Bernadett Tuza-Ritter and Mila Turajlić captured the attention of those at the Wiesbaden gathering 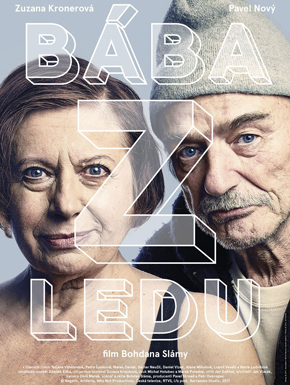 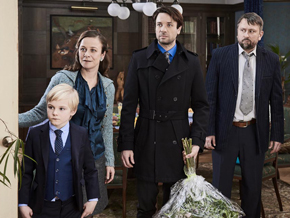 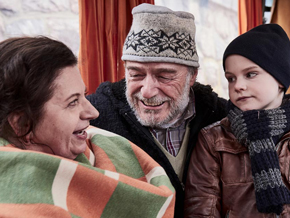 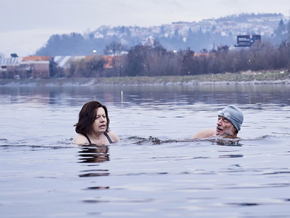 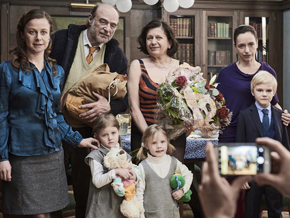 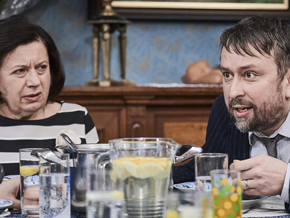 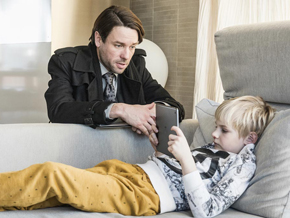