Thessaloniki's EUFORIA: A path to find a place for film in school

How did you come up to this idea?
The discussion initiated by the Greek Ministry of Education regarding the inclusion of film education in the common curriculum of Greek educational institutions has heated up within the past year. Within this framework, the integration of film in the school material as a new, alternative educational tool or/and as a means of passing on the knowledge, became a basic topic in the research agenda of the European Program Euforia.

Aiming in creating the infrastructure necessary to support and ensure the sustainability of Film Education in Greece, we have developed an Action Plan titled “Film Paths” to be realized by a trans-cultural network. Poland and Hungary, the other European countries participating in this transnational network, contribute valuable insight, methods of practice, experience and consultation, as well as they reassess and expand their own policies. The Thessaloniki International Film Festival, which is the Leader Applicant, collaborate with Partner1, the Spoleczna Akademia Nauk – San and Partner 2, the Laterna Magica Kulturális és Oktatási Szolgáltató Kft.

Did you and your partners previously develop something similar before starting this project?
Established in 1997, the Thessaloniki Cinema Museum collects, preserves and displays Greek film culture and history. As TIFF’seducational branch, the Thessaloniki Cinema Museum operates on the basis of research, documentation and archiving through its library and digital platform (www.myfestival.gr). In addition, it runs a series of successful Film Education Programs for primary and secondary school students and performs community outreach through sophisticated screening programs paying tribute to emblematic directors, genres and cinematographies. The Thessaloniki Cinema Museumhas a significant number of collaborations with cultural organizations and educational institutions. It runs 3-4 educational programs per day and is annually visited by approximately 17.000 students.

How is the project related to your core activity?
As mentioned, the Thessaloniki Cinema Museum runs 3-4 educational programs per day and is annually visited by approximately 17.000 students. Within this context, the European Program Euforia aims to measure and record the overall impact of the Film Education Action Plan in order to expand it in the future to all levels of education, expanding thus the European film audience in the participating countries. In addition, one of the main objectives is to integrate any good practices, concrete work guidelines and research information emanating from the main courses of action into the basic work of organizations operating in the field of informal film education, thus reaching out new target groups.

What is the name of the other institutions in the consortium and what is their core activity?
The Warsaw-based University Spoleczna Akademia Nauk – SAN offers a degree in Film & the Audiovisual Arts focusing on the Direction & Production of Films, TV & Commercials, Photography in Film, TV & Commercials, Acting etc. SAN is committed in delivering in-service teacher training through active co-operations with associations such as NEONEA, the Association for Promoting Media & Cultural Education. Through EU projects such as E-HISTO, SAN has deliveredcritical media skills to teachers and secondary school students.

Laterna Magica designs and delivers cultural and educational projects in Hungary and abroad. By providing consultation and assistance, it helps cultural and educational institutions achieve their goals and expand their activities.Laterna Magica’sexpertise covers the followings fields: syntax of applications, formation of action plans, promotion and implementation of projects, as well as recording and disseminating results. A prolific partner of various Hungarian educational and professional institutions, it has supported amongst others over the years curriculum development, pedagogical growth, public-education administration. The national organizer of the European Home Movies Network project, involving film festivals and research conducted in 6 EU counties,Laterna Magica is also managing in partnership with MaNDA, the Hungarian National Digital Archive & Film Institute, film educational programs, exhibitions and digitalization projects.

What are the main issues of the project related to film literacy (e.g. circulation of films, methodological framework, workshop with young audiences, etc)?
Τhe main issues of  Euforia - European Films For Innovative Audience Development are:

PATH B, THE FILM VAULT: A curated online film catalogue comprising a broad range of European dramas, documentaries and shorts and including an e-learning basis with a variety of teaching aids. 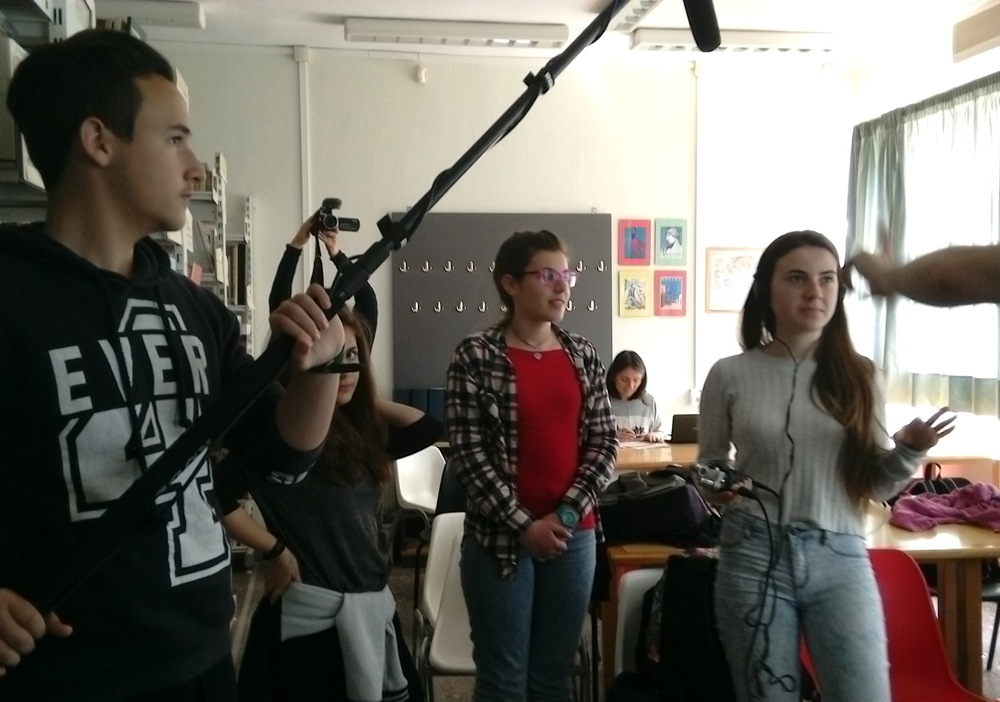 What is the project about and what is it aimed to?
Τhe project relates to audience-development strategies. Aiming in creating the infrastructure necessary to support and ensure the sustainability of Film Education in Greece, we have concentrated on developing both the educators’ and young people’s critical understanding of the European Film Culture and promoting their active participation in the diffusion of European Film narratives. Additionally, we aim to research, record and circulate within the transnational network, the current educational policies and school curricula in order to jointly propose ways in which the use of European film narratives will enhance the young peoples’ learning process and experience.

What is the target of the project? If students are among them, what ages and/or schools level does it address to? And why did you choose the target in this way?
The target group of the Euforia conference was film educators, academics, policymakers, education administrators and teachers from the target countries and around Europe. The Film Vault and the Student Digital Film Project address only to secondary and upper secondary education teachers and students aged 12 to 18.

How does your project follow the needs and objectives of the call?

Needs of the call: Audience development.

EUforia actions: Secondary Education Teachers acquire training and become active in the diffusion of European Film narratives. Teachers and students, as well as anyone else interested in Film Literacy, make use of the resources available through the Film Vault web-platform thus making use of European Films to further explore school subjects such as history, sociology, philosophy etc.  These groups may also engage themselves in a productive dialogue either by commenting on the selected European films or making their own suggestions, while they seek consultation through an educational network and exchange thoughts, ideas, methods of good practice etc.

The hands-on experience available through the Student Digital Film Project provides the participants with valuable insight in the production of audiovisual works. It also motivates them to explore the European Identity through the development of the urban landscape and engage with European distribution channels and networks in order to showcase their work. This way, a network that supports Film Literacy and maintains a focus on European film genres and narratives begins to develop.

How does your project follow up an ongoing debate on film literacy as part of the wider set of audience development?
The research conducted, the recording of the Action Plan’s findings and assessment, as well as their circulation within the transnational network will assist government procedures regarding Film Literacy and the promotion of European film narratives.

Integrating good practices, concrete work guidelines and research information emanating from the main courses of action into the basic work of organizations operating in the field of informal film education helps to reach out new target groups.

According to you, what is the role of film literacy in the wider European cultural policy framework?
European Union’s growing interest and commitment in Media Literacy has had a strong impact on the views and policies of Education Administrators regarding the potential of Film Education. However, in countries such as Greece, the role of film in school education is often limited to isolated and sporadic initiatives. As a result, the progress in establishing and integrating Film Education or Film Education Strategies in the national school curriculum has been so far rather slow and ineffective. The number of school teachers seeking to gain access to the Film Medium and acquire the skills for analyzing and understanding film narratives in order to use them as pedagogical tools in classroom has increased drastically in recent years.

Do you think film literacy is in connection with the industry and value-chain of film? What do you think their role in educational processes is?
In Greece the permission for films to be screened in schools is not a priority for the Greek industry, and for this reason a respective policy doesn’t exist.

In Greek schools film literacy is not acknowledged as school material and usually film serves as an illustration for other school subjects. The teaching of film literacy often depends on the initiatives of individual teachers.

Film literacy should be integrated in school curricula as a creative way to change educational practice and enhance the knowledge and skills of each student.

How do you think film literacy could be fostered in EU zone?
Film literacy should be promoted through an international network, in which the European Union member states should actively spread awareness among teachers and schools about the impact of audiovisual media on children and young people, as well as the importance of acquiring critical and creative skills through effectively teaching Film and Film literacy.

We should launch campaigns for teachers and parents addressing the need of young students to be educated in film literacy. In addition, lifelong training programs for teachers are also important with the same perspective. The EU should recommend that all member states should implement media and film education programs in schools.

Further suggestions could include the promotion of education on a non-temporary basis for teachers in order for them to become competent and skilled users of film literacy, information and communication technologies. In addition, more online educational platforms like Film Vault should be introduced with the same goal, while screening permissions for a selection of recommendations of European films should be made available for all schools on one or several online platforms. 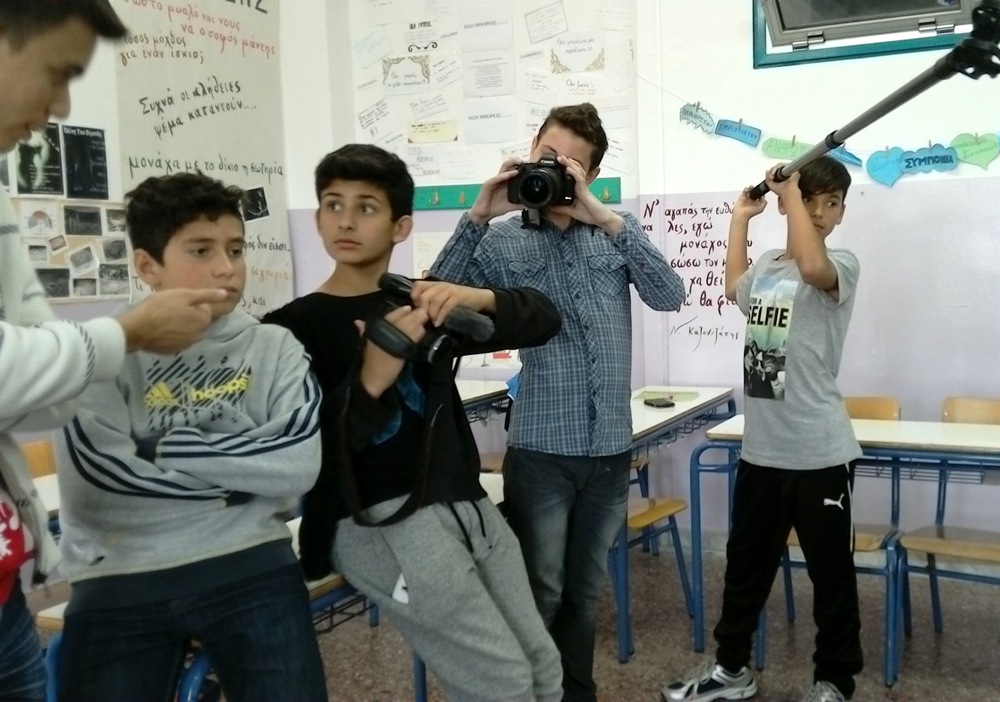 Seven grants awarded to film-literacy projects by the European Commission