Rea Lest in November

Estonian filmmaker Rainer Sarnet plans to take audiences’ breath away at the Tribeca Film Festival with his new visual epic November [+see also:
trailer
interview: Rea Lest
film profile], a black-and-white story about tender feelings in a brutal metaphysical environment, where ghosts roam free and people have to find their way through a chaotic jungle of co-existing and competing religious beliefs.

The story takes place during the bygone feudal era in Estonia, when peasants had to earn their keep under the rule of the German landlords. Peasant girl Liina (Rea Lest) falls for a boy, Hans (Jörgen Liik), but Hans is infatuated with the young baroness (Jette Loona Hermanis). This unrequited love causes Liina to run around wildly at night as a werewolf, Hans tries to employ a kratt – a fantastic being made of household items and endowed with a soul by the devil in a contract involving three drops of blood – to make his secret desires come true, and the young baroness’ fate hangs by a thread when she spends her nights sleepwalking on the manor roof.

Shot in absolutely breathtaking black-and-white photography by Mart Taniel, November whisks us away to a world where the lives of village people are underpinned by old pagan beliefs as well as animistic spirits and metaphysical creatures. A plague appears in the form of a young woman, and the ghosts of the ancestors come to the sauna to wash themselves on All Hallows’ Eve. Christianity has only taken hold in the purely pragmatic aspects of life: the Eucharist is spat out after a service and used as a good-luck charm together with a bullet during hunting, so that it will be sure to hit its mark.

November taps directly into the paradox that characterises Estonian society very accurately. The country takes pride in being one of the most atheistic nations in Europe, together with the Czechs and Icelanders, but fails to see that the void left by the lack of any religious system is randomly filled with any old outrageous superstition. Pendulums, crystals and vacuous “spirituality” run rampant, and people believe in the afterlife, rebirth, nirvana, aliens, enlightenment, the Kama Sutra, witches, forests and animals. As there is no unified belief system in November, people have to tread this dangerous terrain like a minefield, in order not to rile any of the countless entities around them. Without belief, all life is governed by shallow drives such as material gain through any means available – whether it be employing a kratt to accumulate wealth at night, or blatant stealing. The majority of people have gambled their souls away to the devil in various shady dealings, and there is not much to look forward to, either in this life or the next. Only two questions remain: can love prosper under these dire conditions? Is there any pureness of the heart to be found in this quagmire? As an incurable romantic, Sarnet wants to believe in the possibility of love, but in these dark days, it has a hard time surviving, let alone conquering all.

November is a co-production between Homeless Bob Production (Estonia), PRPL (the Netherlands) and Opus Film (Poland). It is premiering internationally at Tribeca, in the World Narrative Competition programme.

"I would love to do as many different projects as possible"

BERLIN 2019: Estonian actress Rea Lest, one of the 2019 Shooting Stars, talks to us about her work experience

Review: The Diary of Vaino Vahing

Rainer Sarnet nails the essence of the life and work of the titular writer, playwright and master provocateur in his artful docu-fiction hybrid

The Estonian-French co-production, set for release next year, follows a young woman who discovers that her recently buried father was actually wallowing in debt and her whole life has been one big lie

The Finnish director managed to wrap filming for his new effort in March, despite the COVID-19 outbreak

Janno Jürgens about to present his feature debut, Rain 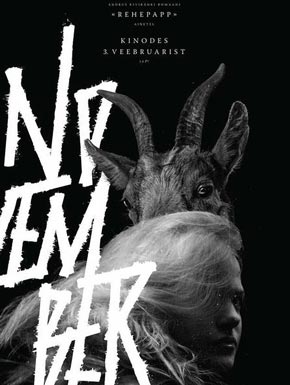 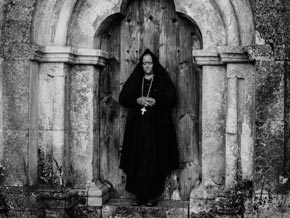 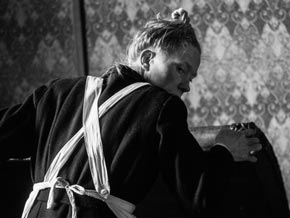 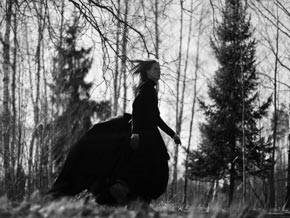 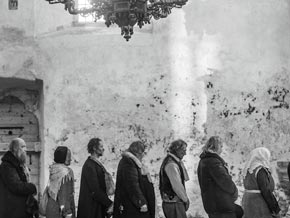