03/05/2017 - Silvia Jop and Pietro Pasquetti’s film, which won the Régionyon Jury Prize for Most Innovative Feature Film at Visions du Réel, compels us to revisit a South at boiling point

Despite its English-sounding title, Upwelling [+see also:
trailer
film profile], the latest film by Italian directors Silvia Jop and Pietro Pasquetti (winner of the Régionyon Jury Prize for Most Innovative Feature at Visions du Réel), emanates a completely Southern mystery and strength. A boldness that challenges the preconceptions of many to bring a humanity and wisdom trapped in the abysses of the sea rising to the surface, as suggested by the title.

Upwelling tells the somewhat surreal story (to the extent that we start asking ourselves if it all really happened or was actually just a dream) of a group of atypical inhabitants of Messina, captained by their new mayor: a Buddhist and (peaceful) revolutionary. Without going into details of the story of a conflicted and traditionally conservative city, Silvia Jop and Pietro Pasquetti highlight a possible and extremely feasible alternative. Far from the tons of rubbish abandoned on the streets of Naples and elsewhere (the shady management of which can only appal us) splashed across the front pages of a number of newspapers, the principles that dominate the revolution of Messina are grounded in environmental awareness, in rethinking (without barriers, proudly bordering on utopic solutions) the city in the interests of the wellbeing of everyone and not only the wealth of a few. The mayor and his legion of hopeful dreamers basically need to take back a city (as well as a nation) that they love for what it could be but hate for what it is: grotesque, submissive and tired. This battle-hardened group: a young girl who is the spokesperson for the group occupying various symbolic and abandoned places in the city, the former skinhead back after an adventure abroad which went on for years, and the elderly and enigmatic character who appears on the screen right from the start like a jester, seem to come from the depths of the ocean to wash away the “calm” waters of a Messina full of possibility. Like two speakers who can’t seem to communicate: one peaceful but inflexible, and the other noisy and incoherent, the two groups face off on the white-hot asphalt of a city that is becoming a bystander to its own fate. Widening the gap that separates them even further are dreamlike moments in which the images are slowed down and the sound taken away, meditative moments in which we can distance ourselves, at least for a second, from the deafening noise of protests.

Jop and Pasquetti give us a glimpse here into a reality we never would have thought existed, in which utopia is the only weapon, and utopia is the only way of awakening the consciousness of all those who still know how to dream. Almost without realising it, the directors succeed in bringing (political) struggle and dreams together on screen. A tour de force that gives life to a new genre, strong in terms of aesthetics and content, the bringer of a message that is superficial much more than it is political.

Upwelling was produced by Esmeralda Calabria from AKI Film and Pietro Pasquetti.

Silvia Jop and Pietro Pasquetti’s film, which won the Régionyon Jury Prize for Most Innovative Feature Film at Visions du Réel, compels us to revisit a South at boiling point 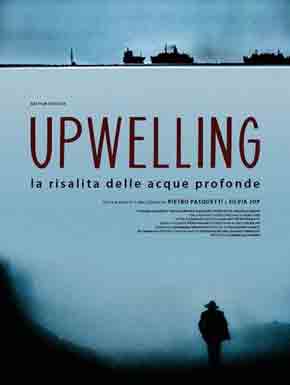 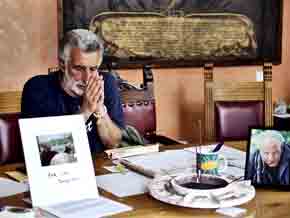 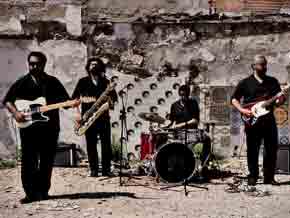 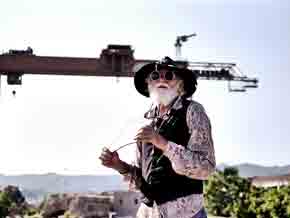 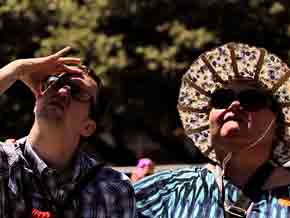 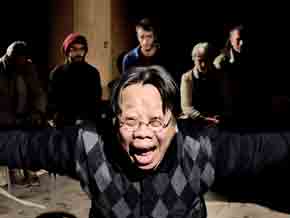