The Objects of Love: South American women around the world

08/05/2017 - After scooping the FIPRESCI Prize in Resistencias at Seville, Adrián Silvestre’s debut film is touring various festivals, revealing the tough everyday lives of a pair of tenacious emigrants in Rome

Laura Rojas Godoy and Nicole Costa in The Objects of Love

The Eternal City is not just the one you see on postcards and in the travel guides. Likewise, nor does everyone who travels there, suitcase in tow, go with the intention of taking selfies in front of its world-famous monuments. But in order to ensure that the hordes of tourists find their beds made and their hotels spotless, a whole army of female workers (cleaning is still a task entrusted primarily to the fairer sex) – who you’ll never see on those TV programmes vaunting the triumphs of emigrants in various corners of the globe – is in charge of ensuring that everything is in its right place, for frankly abusive wages. Adrián Silvestre (Valencia, 1981) knows the world of immigration like the back of his hand and portrayed it in his previous short films. Now, with his feature debut, The Objects of Love [+see also:
trailer
film profile], he perseveres with his mission of raising awareness, and the results garnered considerable praise at the most recent edition of the Seville European Film Festival, where the movie picked up the Award for Best Film in the alternative Resistencias section (see the news). It is now being screened at the D’A Film Festival in Barcelona.

The Objects of Love is divided into three parts. During the first, entitled Luz, we meet a single mother of the same name, who left her baby in the care of her sister in her home country of Colombia before emigrating to Rome. Once there, she is forced to share a room with three other people and is robbed shortly after landing, but her eagerness to adapt and overcome setbacks pushes her to meekly accept any old job. The second section revolves around Fran, an uninhibited, independent, cheeky and non-conformist Chilean woman who meets Luz at a kind of blind date: her dream is to live in a tropical paradise where she won’t have to be a slave to anyone. The third part, which shares the film’s title, shows the special and tempestuous relationship between these two people who are diametrically opposed to each other.

While Luz (played by Laura Rojas Godoy) is a woman of traditional values who considers family a sacred institution, Fran (Nicole Costa) is the mirror opposite: she is a disenchanted and thrill-seeking person who is truly off the chain. The clash between the women causes sparks to fly, but it also blossoms into a unique, unpredictable and once-in-a-lifetime friendship. Silvestre (who was trained at the Complutense University of Madrid, the ECAM film school in Madrid and the San Antonio de los Baños international film school in Cuba, and is also an editor and teaches film) shot the film over a period of one month. The movie is just as modest and independent as it is immensely truthful, thanks to the involvement of non-professional actors, who rub shoulders with professionals, offering a different (or, rather, an uncomfortable) vision of the monumentally popular Italian capital, interpersonal relationships and the integration process for those who have to adapt to a new social environment.

Silvestre does so with humility, eschewing any form of manipulation, using long sequence shots and improvised dialogue captured from raw reality, and placing his trust in his actresses – and he knows how to listen to them, too. Flanked by a team of just ten or so crew members, he filmed at such special locations as the Royal Spanish Academy in Rome, where he actually lived while he was making the most of his creative grant.

more about: The Objects of Love

Segovia is hosting the 12th edition of its European Film Festival from 15-21 November, featuring a catalogue bristling with highly acclaimed films produced this season on the Continent

The 7th edition of the portable festival gets going in Palma, Mallorca, on 26 June and simultaneously on the Filmin VoD website, much to the delight of film buffs, “cinephages” and the “cine-curious”

The Objects of Love: South American women around the world

After scooping the FIPRESCI Prize in Resistencias at Seville, Adrián Silvestre’s debut film is touring various festivals, revealing the tough everyday lives of a pair of tenacious emigrants in Rome

Seville succumbs to the oddball humour of Bruno Dumont

Slack Bay scooped the top prize at the European Film Festival in the Andalusian capital, which will also host the presentation ceremony for the EFA awards in 2018 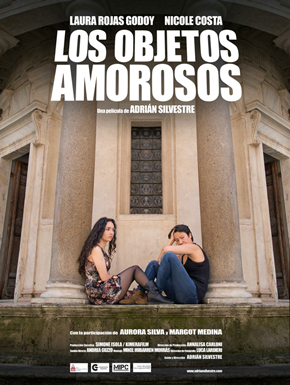 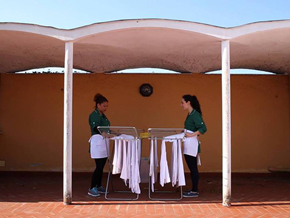