CANNES 2017 Opening / Out of Competition

Ismael’s Ghosts: The reasonable and the insane

Time passes like sand between the fingers of a woman sitting on a beach, while real and imaginary memories get entangled among the knick-knacks in a family attic being explored by a man by the light of a headlamp. These two images, like so many others in the incredible plethora that is Ismael's Ghosts [+see also:
trailer
Q&A: Arnaud Desplechin
film profile] – the new film by Arnaud Desplechin that was screened out of competition at the opening of the 70th Cannes Film Festival – are but some of the many threads used by the filmmaker to weave an exceptional work that is also a sort of fragmented sum and revisiting of his favourite themes.

Playing with time and genre at the edge of imbalance like only a master can dare to without running the risk of losing his audience, the French director presents a fascinating, masked voyage, a true narrative balancing act that is perfectly illustrated by its beginning. “Where is Dédalus?”, “that bizarre guy”, “disappearing was his speciality.” It all begins at the Ministry of Foreign Affairs, in its panelled corridors, during a lunch among diplomats with references to Vilnius, London and Trinidad, before going back 35 years to witness the recruitment of the young Dédalus (Louis Garrel), a strange man who has taught himself six languages. All of a sudden, we are with Ismael (Mathieu Amalric), attending to an emergency call at night from his father-in-law (“dark ideas came back to attack me”), where we learn that his wife Carlotta disappeared into the void some 20 years ago. A taxi and Ismael meet up with Silvia (Charlotte Gainsbourg), his new partner, and before you know it, we have gone back two years to the (funny) story about how they met, to then move forward again and find them at the seaside where we discover that Dédalus is, in fact, a character in a film that Ismael is making (but also his brother in ‘real life’), and where Carlotta (Marion Cotillard) resurfaces in flesh and bone from the limbo of the past. Everyone still with us? Painful return of a ghostly love-hate, settling of scores, life of the dead, waking nightmare, suffering of creation: Desplechin executes a virtuoso ‘dripping’ à la Pollock of his obsessions and addictions with the connecting thread of a film within a film, where the diplomat-spy Dédalus makes his way from Bern to Prague, via Dushanbe. A patchwork where the filmmaker’s exegeses meet a thousand references to his previous films that he, nevertheless, enlivens with a new spirit – more entertaining, sometimes even ‘comic’, a sort of distanced viewing of the clash between the darkness of human force fields and the feelings that he has always excelled in portraying through instinctive bursts that shatter through the intellectuality of his cinema. It is all filmed by a reasonable master that loves to blend insanity with a game of mirrors where his lead actors find the space to express their talent to the fullest (special mention to Charlotte Gainsbourg in the most difficult role of the most ‘normal’ character).

A vast cryptic fabric aspiring to join the ranks – and the filmmaker does not try to hide this – of works like 8 ½ and Providence in its own way, Ismael’s Ghosts has definitely not revealed all of its secrets after a first viewing, which in itself is a sign of thumping success for a film that tightropes across the abyss of delusion in a very personal, reckless style.

Produced by Why Not, Ismael’s Ghosts is sold internationally by Wild Bunch.

"Characters must reinvent themselves"

CANNES 2017: French director Arnaud Desplechin talks about Ismael’s Ghosts, which was screened out of competition at the opening of the 70th Cannes Film Festival 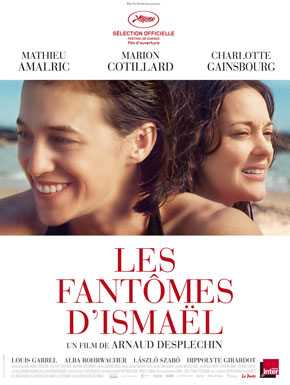 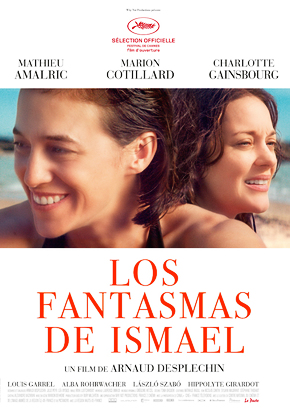 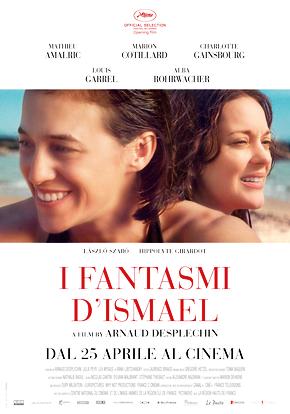 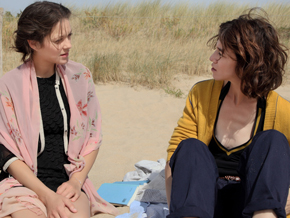 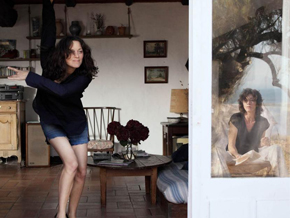