18/05/2017 - CANNES 2017: The latest film by Fabio Grassadonia and Antonio Piazza which opened Critics’ Week, broaches one of the many atrocious crimes of the Sicilian mafia from an original visual angle

Fabio Grassadonia and Antonio Piazza started with a single image when they went about making Sicilian Ghost Story [+see also:
trailer
making of
film profile], the opening film of Critics’ Week at the 70th Cannes Film Festival. The crisp and colourful image of a boy in a perfect jockey’s seat soaring over a jump with his magnificent tawny coloured horse. It was an image that went round the world twenty years ago, when that 12-year-old boy, Giuseppe Di Matteo, the son of a Sicilian mafia informer, was kidnapped by the Corleonesi family to try to force his father to stop working with the authorities, held hostage for 779 days and finally strangled and his body dissolved in nitric acid.

But the latest film by the directors of Salvo [+see also:
film review
trailer
interview: Fabio Grassadonia and Anton…
interview: Sara Serraiocco
film profile], the debut piece that won them the Gran Prix and the Prix Révélation at Critics’ Week in 2013, is a ghost story as the title suggests, and not a film about the mafia. Rather, it is a piece about what the deep brutality of the mafia represents in the psyche of a teenager. That is, pure horror, incorporated into a tale as distressing, gloomy and claustrophobic as the most fearsome of fairy tales, inhabited by ogres, black dogs, muddy lakes and forests full of pitfalls. The Freudian term Das Unheimliche best sums up the concept: something unfamiliar, unknown and not very reassuring.

And Sicilian Ghost Story indeed has all the elements of a horror tale, the kind that Viennese child psychologist Bruno Bettelheim would have defined as the point of reference for the inner life of the child, stories that speak to them and guide their development and relationships with adults, alleviating unconscious pressures. Using subject matter loosely based on the tale Un cavaliere bianco by Marco Mancassola, the screenplay written by the two directors with the support of the Screenwriters Lab of the Sundance Institute builds a story around that photo. The story of a 13-year-old girl named Luna (Julia Jedlikowska) who falls in love with a classmate of hers, Giuseppe (Gaetano Fernandez), to whom she gives a letter when they’re at the stables just before he’s taken away by people who look like policemen but are actually his jailors. The words written by Luna will be a source of sustenance for the tormented soul of the boy as he is held prisoner. In this small Sicilian town on the edge of the Mediterranean Forest, the inconvenient disappearance of the son of an informer is swallowed up by the code of silence. But Luna, driven by her teenage passions, sets off in search of her classmate, entering the dark “narrative wood” to use a metaphor by Umberto Eco, overcoming every obstacle thrown in her way, including her Swiss mother (Sabine Timoteo, The Wonders [+see also:
film review
trailer
interview: Alice Rohrwacher
interview: Tiziana Soudani
film profile]) and her almost witchy harshness, which is hardly mitigated by her father (Vincenzo Amato).

Thanks to its sophisticated and visionary direction – which nods to Tim Burton, David Lynch and Peter Weir – and the compactness of the photography by Luca Bigazzi, Sicilian Ghost Story is a fascinating and staggering film, giving us an original visual angle on the mafia and mature language, in perfect equilibrium between a fairy tale – in its deeper and archaic meaning as a tale of fantasy – and the reality of historical events. Piazza and Grassadonia are Sicilians from Palermo and never has a piece of film taken on such cathartic value for the writers as in this case. Every Sicilian can relate to that world full of dark nuance: the mafia is the dark fairy tale that haunts every Sicilian, a collective repressed memory. Indeed, if Sicilian Ghost Story has a flaw, it is perhaps the directors’ excessive generosity and need to communicate this condition. With a build-up of narrative and visual devices that risk weighing down the final minutes of the film: the kaleidoscopic collection of animals and symbols (the owl, the dog, the horse, the peregrine falcon) in this magical Sicily are joined by the red robes in the style of Little Red Riding Hood, butterflies, ghosts and new characters who are brought into the story just as we’re running out of time. And those magnificent Greek acropolis ruins on the sea, reminding us of where Western thought was born.

Sicilian Ghost Story is an Italian film by Indigo Film and Cristaldi Pictures with RAI Cinema in co-production with France (Mact, Jpg) and Switzerland (Ventura Film, RSI). The film will be distributed in Italy by BIM, in France by Jour2fête, and in Switzerland by FilmCoopi, whilst international sales will be handled by The Match Factory.

The best of new, European thriller cinema is being showcased in Beaune 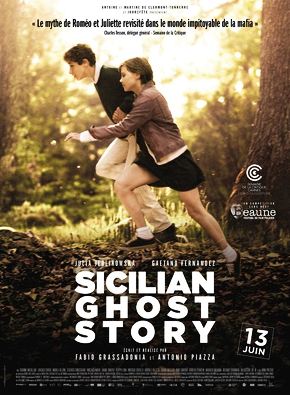 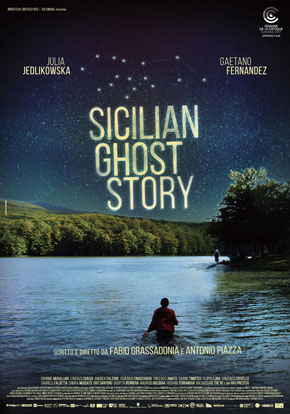 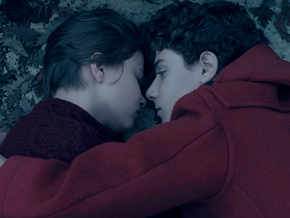 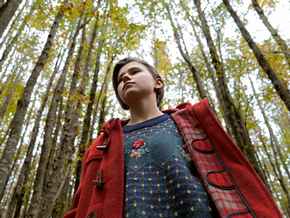 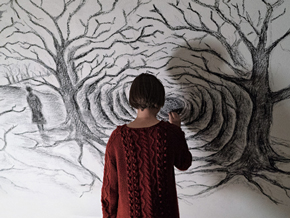 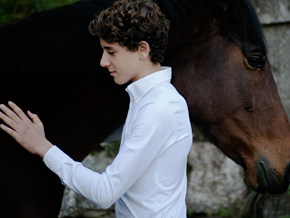 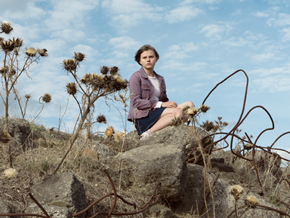 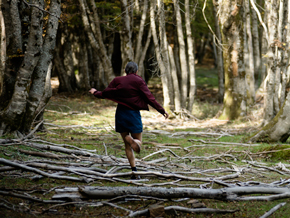