Beauty and the Dogs: "I’ve been through hell and back tonight"

20/05/2017 - CANNES 2017: An intense Kafkaesque journey for Kaouther Ben Hania with the nine-sequence ordeal of a young girl who has been raped and is seeking justice

Mariam Al Ferjani (right) in Beauty and the Dogs

"You want my advice? Go home. No one will admit you". For 21-year-old Mariam, a student staying in a hostel for young girls in Tunis, the evening started in high and carefree spirits, at a private party with dancing, a little sexy dress and knowing exchanges between girlfriends, making eyes at a handsome and nice stranger with whom she agrees to go for a walk outside, along the beach. But it’s a hellish night that is about to unfold, a walk on the dark side of the looking glass of the law in a desperate and Kafkaesque quest for redemption following a rape.

This is the very painful rite of passage told in a fictional punch by Beauty and the Dogs [+see also:
trailer
interview: Kaouther Ben Hania
film profile] by Kaouther Ben Hania,which was screened in Un Certain Regard at the 70th Cannes Film Festival and which the director based on events that took place in 2012 in Tunisia (and recounted in the book Coupable d'être violée by Meriem Ben Mohamed). A harsh reality which the filmmaker loosely adapted, opting for a throbbing rhythm divided into nine episodes filmed in sequence shots.

"Don’t be afraid, they’ve gone". In a deserted and empty street, Mariam (Mariam Al Ferjani), her face a mess, has stopped running and trembles every time a car drives by. Youssef (Ghanem Zrelli), the handsome boy from the beginning of the film, props her up and persuades her to go to a private clinic ("she’s been raped and needs a certificate to prove it"). But they come up against the administrative machine ("I can’t admit her here if she doesn’t have any papers. It’s the law") as Mariam left her ID and mobile phone in her rapists’ car. So they are left in the midst of the chaos of the waiting room at the local hospital, where the medical examiner refuses to give her a certificate before a police investigation has been opened. Then it comes to light that it was none other than a group of policemen who raped Mariam...

From the interrogation at the police station which turns into an accusation ("coming to complain about a rape dressed like this!") to the corporatist solidarity of a police force trying at all costs to cover up the incident, not hesitating to use all forms of pressure in their power to stop Mariam from making a statement, and then get her to withdraw her complaint, resorting to direct and worrying confrontation tactics with their best men, the young woman, who is initially egged on by Youssef (who has militant objectives), soon finds herself alone and facing the dangerous choice of whether or not to find out how far she’s willing to go to defend her rights.

Hard-hitting and realistic, Beauty and the Dogs dissects the twisted drive behind a schizophrenic system in which the law is used for perverted ends with great intensity. And even though the very lively plot and sequences somewhat harm the subtle characterisation of the secondary characters, the film is a very effective way of conveying its feminist and political message.

more about: Beauty and the Dogs

“I love characters who are left with no choices”

CANNES 2017: Tunisian director Kaouther Ben Hania talks about Beauty and the Dogs, revealed in the Un Certain Regard section at Cannes

Bac Films to take Cuties and Wildland to Sundance and Berlin

The first feature by French director Maïmouna Doucouré will premiere in competition at Park City, while that of Denmark’s Jeanette Nordahl will be unveiled in Berlinale's Panorama

Tomas Alfredson, Eskil Vogt and Thomas Vinterberg are among the recipients of a total grant of nearly €3.5 million

"The Mediterranean has become an important place for auteur cinema" 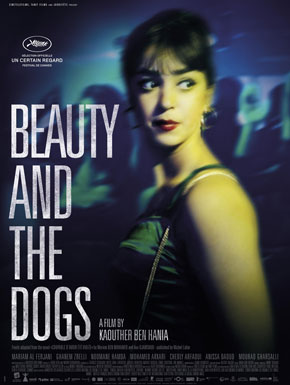 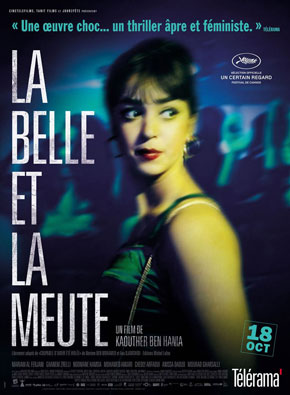 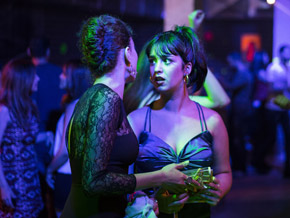 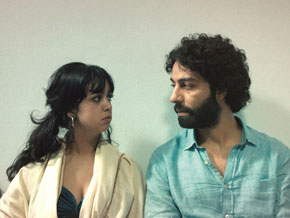 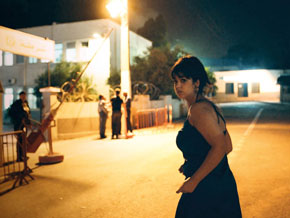 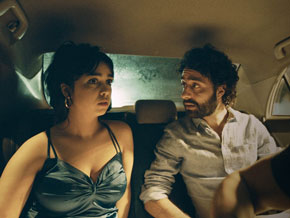 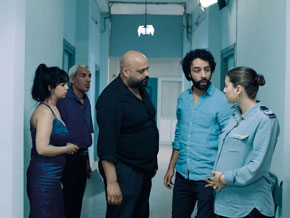