Barbara: The singer, the actor and the director

We are already used to seeing Mathieu Amalric as a director – not only in his friend Arnaud Desplechin’s  films (after all, the hero of Ismael’s Ghosts [+see also:
film review
trailer
Q&A: Arnaud Desplechin
film profile], the film that opened the 70th Cannes Film Festival, is a filmmaker haunted by ghosts from his past), but behind the camera as well. In Barbara [+see also:
trailer
film profile], his sixth feature film, which opened the Un Certain Regard section, he takes on two roles: that of a director on screen and that of an amazing cinematic architect, where he puts himself in the scene. This clever game of superimposition is, in fact, the main device in his films. For example, in his latest The Blue Room [+see also:
film review
trailer
interview: Mathieu Amalric
film profile], he alternates between the court proceedings regarding a possible double crime of passion and the chain of events, in the present as well (or a remembered past), of the facts that let to the trial. Barbara is named after the famous composer and performer of many classics of French chanson, who herself said with the mouth that she is best known for that each song represents an effort to “win with tears”. The film superimposes this fascinating female figure, dressed in black, of the actor in question with that of the director, who has made a biographical film of his own.

In this way, he gives us a surprisingly authentic and faithful portrait of the legendary singer, perhaps even more so if he had not painted her portrait through the prism of his enthralment, or at least the director’s portrait, which depicts the singer with black eyes and a mouth distorted with emotion, to which we must add all the gestures and words by a famous actress Brigitte who plays herself, is the most perfect of perfections through Jeanne Balibar, who seems to have been made for this role – something that is suggested to the audience from the credits in their neon Music Hall colours where the names Balibar and Barbara blend into each other.

The film is a dizzying immersion into the life of Barbara, a total diva, an artist of body and soul, as well as into a film crew that is completely dedicated to paying homage to a star who, even twenty years after her death, still commands an army of loyal fans on the verge of tears, transported by the disruptive vibrations and her flaming emotions as soon as they hear her voice – because talking about Barbara also means describing this intense relationship that has no comparison in the history of French chanson. The best way is undoubtedly through imitation, by recreating identical copies in the film, even better that the originals, of images of the star that have already been filmed – the same way in which Brigitte copies all the behaviours of the singer whose face she shares down to the last detail together with her presence, as well as her piano, this black lacquered friend, ceremonial accessory, that appears wherever she goes, or even the light convoy (a blue Mercedes driven by her accordionist Roland) of the “nomadic” singer.

The impressive game of doubling in Amalric’s film (Barbara/Brigitte/Balibar, the character of the director, the two Roland’s, the biographer and the actor playing him…) are more than a device, but rather the key to an immersive experience in the life of Barbara and in the making of a feature film that allows us to experience that they are at the heart of the matter – the objective of the film is truly authentic because it is truly cinematographic.

Produced by Waiting For Cinéma and Alicéléo, the film will be distributed in France and sold internationally by Gaumont.

The upcoming films by Nadav Lapid, Leyla Bouzid and Just Philippot will also be co-produced by the French-German channel

Pierre Niney, Stacy Martin and Benoît Magimel topline the director’s new film, which is being produced by Les Films Pelléas and will be sold by FTD

Grégoire Colin to star in Should the wind fall 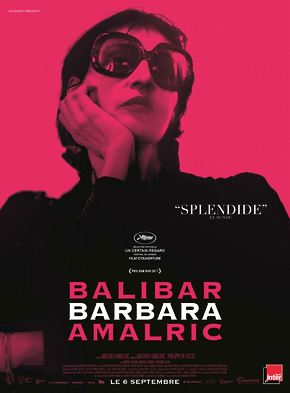 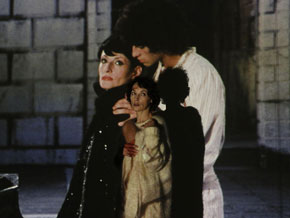 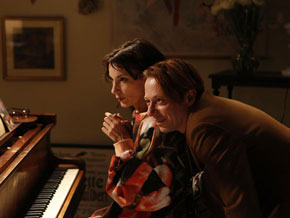 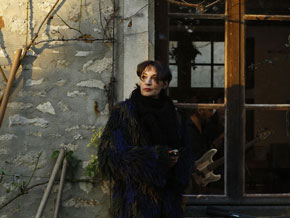 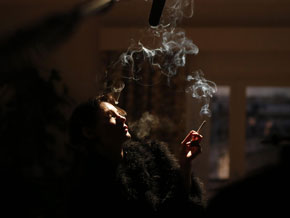 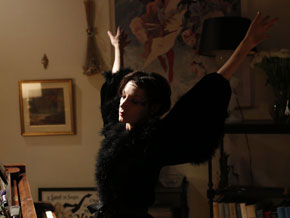