CANNES 2017 Out of competition

20/05/2017 - CANNES 2017: Agnès Varda and photographer-cum-installation artist JR head out on the road together through small-town France, directing their gaze towards hundreds of faces and heart-warming stories

The opening credits, which take the form of a cartoon (set to music by M, aka Matthieu Chedid, like the rest of the film), set the tone for Faces, Places [+see also:
trailer
film profile], which is on the programme of the 70th Cannes Film Festival, out of competition. It’s an adorable, colourful film that pays close attention to the people and the beauty you can find everywhere, and it’s the result of the meeting between the clear visions of two pairs of eyes that are unlike any other. One has been blurred with age, that of the inimitable and ever-mischievous Agnès Varda, who is 88 years old (at least in the film), while the other hides behind ubiquitous sunglasses, much like Jean-Luc Godard did once upon a time: he is photographer and installation artist JR, who is 33 and blows each of his subjects up as big as a whole facade.

Before whisking us away along the roads of France in JR’s photo-booth van (a vehicle decorated to look like a camera and sporting a huge lens on one side), in the course of their joint project, the diminutive lady with the two-toned hairdo from Rue Daguerre in Paris (who made Mur, murs) and the artist who considers himself part of the building trade and who ushered a whole host of anonymous people into the Panthéon (thanks to the invention by Niépce and Daguerre himself) start things off by telling us how they didn’t meet, going to great pains to stress that they did not make each other’s acquaintance in a disco. Incidentally, while they take great pleasure in mocking one another, it would be unthinkable to do the same with the photos they take together, which they magnify, enlarge and extend in time and space – as they do with the infintely long baguette that they stick on a village wall (a motif that reappears in a different form, two even, later, in a northern mining city), the brick houses in the mining villages, the many other recurring objects that appear throughout their escapade, and their journey itself...

Along the way, we discover ancient professions, complete with their traditional vocabulary overflowing with imagery (and our explorers do their utmost to make sure it doesn’t fade away like the garbled letters that hover before the tired eyes of the great filmmaker) and their magical movements: the milking of (horned) goats (!), the sublime dance of the bell-ringing father and son... We are introduced to a bear-cap collector, the son of the sun and the moon, a lovely village waitress, now the most-photographed local (by tourists who come to take a picture of the woman in the picture), three dockers' wives who become giant totems, some photogenic toes about to undertake a long trip across the country, together with a huge pair of eyes, images of fish living “the high life” stuck up on a water tower... Much like the village postman we meet, our inventive photographers fill their satchel with new goods as they give away theirs.

In between their expeditions to create huge layouts, "Demy gods" Varda and JR find themselves waiting for Godard, reliving the Louvre scene in Bande à part, visiting legendary photographer Henri Cartier-Bresson’s grave and reviving portraits of Guy Bourdin as a model. And every time they lay their (camera's) eye on something, a new web of relations appears and grows, much like their playful friendship itself, as they both look in the same direction, far away into the horizon beyond the water, and we see them united in the wind and the sand.

Watch on Cineuropa: On the Road – Films about the power and necessity of movement

Few things are as sacred and precious as the idea of travelling, and it is no wonder that freedom of movement should be regarded as an inalienable human right

BERLIN 2019: Agnès Varda talks us through her career in the format of a master class, with conversation, illustration and panache

A splash of Europe at the Spirit Awards 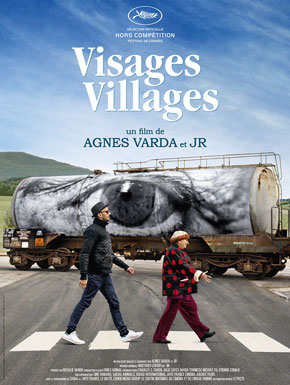 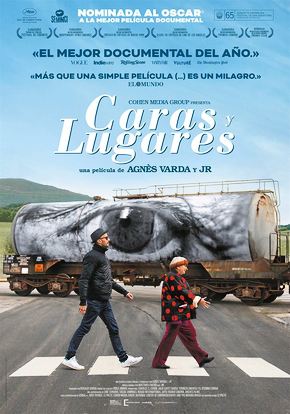 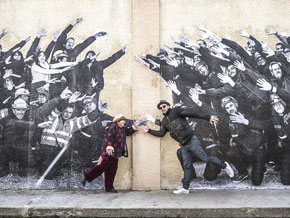 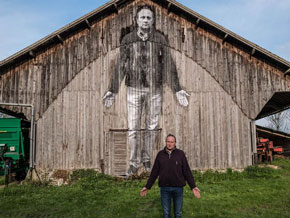 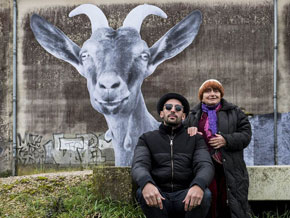 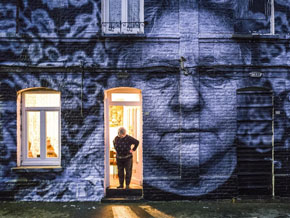 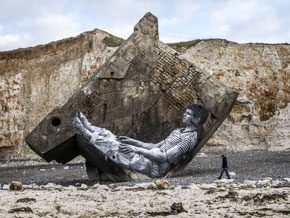 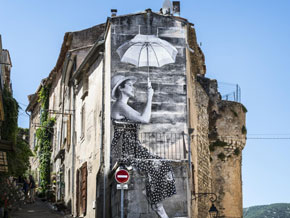