Gabriel and the Mountain: The man with the Flamengo jersey and Maasai sword

21/05/2017 - CANNES 2017: With the existentialist journey through Africa of a young Brazilian researcher, the very talented Fellipe Gamarano Barbosa delivers a remarkable work of fiction

Caroline Abras and João Pedro Zappa in Gabriel and the Mountain

“I found the white man. He is dead.” On the slopes of Mount Mulanje in Malawi, in an amazing opening sequence where two men cut grass in breath-taking surroundings, Gabriel Buchmann – or rather his body, which is found in a crevice in the rocks – emerges on screen. High-school classmate and friend of Brazilian director Fellipe Gamarano Barbosa, this outstanding personality that reached a tragic end served as the inspiration for the filmmaker’s second feature film Gabriel and the Mountain [+see also:
trailer
film profile]. Produced by Brazil and France, this film was a delightful discovery within the competition selection today at the Critics' Week at the 70th Cannes Film Festival.

Kenya, Tanzania, Zambia and then Malawi: The film retraces the last 70 days of Gabriel’s life (the excellent João Pedro Zappa) who is travelling the world for ten months before joining a university in the US. Travelling alone with rucksack on his back and sandals on his feet, and embarking on a mission to research poverty by literally living it and interacting with people, going “there where people live”, the young Brazilian is extremely sociable – a clown who amuses children, an enthusiast who starts wearing local dress as quick as lightning, dressing like a Maasai with the Maasai, knocking at the door of someone or the other, sitting with the person and taking the photographs that are interspersed through the film. “I’m travelling like I always dreamed of. I am happy because everything exceeds my expectations.” But he is also a personality that is sometimes almost unkind, where feverish hyperactivity and the relentless desire to never act like a tourist are slightly disturbing and also reveal flaws that cannot be defined. The director deals with this ambiguity with great subtlety, notably through the very difficult ascent of Kilimanjaro where Gabriel, who shoots off like a cannon albeit with insufficient equipment, reaches the summit exhausted, after having being close to giving up, and then buries a photograph of his dead father there. Meeting up with his Brazilian girlfriend Cristina (Caroline Abras) thereafter, he continues to visit the continent with her in a slightly more touristy fashion (a safari, Victoria Falls), while constantly trying to throw a spanner in the works (“I do not like to feel like prey”), and sometimes taking risks that simply defy comprehension. Though love is very much in the air, questions regarding the future remain on hold: Before taking her flight back Cristina herself says that Gabriel “ran away to Africa after disappointing everyone.” But we will be none the wiser and Gabriel, with his finances getting even tighter, resumes his solo travels, heading to Malawi for the last part of his trip around the world and to climb Mount Mulanje, an area ruled by spirits.

Impressively filmed with an incredible wealth of backdrops, Gabriel and the Mountain is a film that does not progress with the logic of direct effect, but is led with an underground sense creating a surprising tableau, where the two leads, who are professional actors, are mixed with a vast troupe of non-professionals who are often people who actually met the real Gabriel Buchmann and who describe their memory of him by participating in the fictional recreation of his journey. A brilliant success in terms of form for a film that does not aim to solve all the mysterious questions around a life and a death, but extracts a perfume of heady charm.

Produced by Brazil’s TV Zero and France’s Damned Films, and co-produced by Arte France Cinéma, Gabriel and the Mountain will be distributed in France by Version Originale/Condor and its international sales are managed by Films Boutique.

more about: Gabriel and the Mountain

VENICE 2018: Fellipe Barbosa and Clara Linhart co-direct a choral and ironic portrait of a Brazilian family on the day of President Lula's election, in competition at the Giornate

The upcoming works by Rabah Ameur-Zaïmèche, Mohamed Ben Attia, and duo Felipe Barbosa and Clara Linhart will also be co-produced by the French-German channel

The Odesa International Film Festival gears up for its 8th edition

The leading Ukrainian film event, one of the biggest in Eastern Europe, is presenting an extended line-up and a powerful industry section

CANNES 2017: The documentary by Emmanuel Gras has emerged triumphant in the Critics’ Week, while the Visionary Award went to Brazil’s Gabriel and the Mountain

Gabriel and the Mountain: The man with the Flamengo jersey and Maasai sword

The CNC strongly positioned in the Cannes showcase 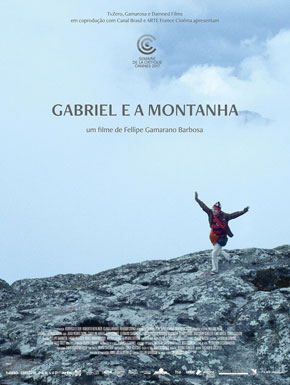 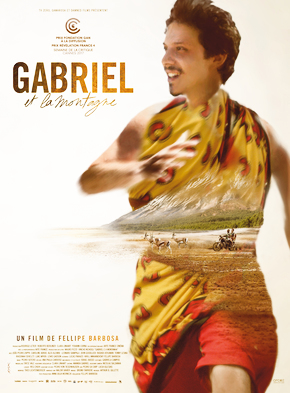 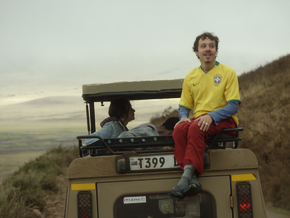 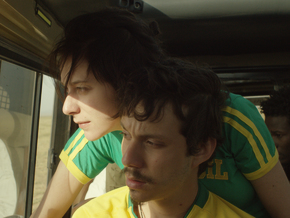 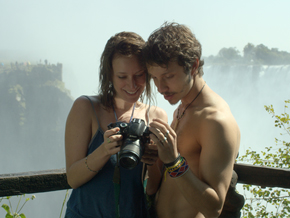