Out: Caught in the net of an immeasurable world

Each of us harbours a desire, sometimes repressed, to escape from our existence, discover new horizons and find greener, more fulfilling pastures — but the door dividing us from the unknown won’t always open, and, when it does, no-matter what the circumstances, it doesn’t always reveal the promised land that we imagined... This is guiding premise of Out [+see also:
trailer
interview: György Kristóf
film profile], the first full-length feature from Slovak director György Kristóf, being shown in the Un Certain Regard section of the 70th Festival de Cannes. With undeniable visual flair and a clear predilection for meaningful absurdity, Kristófdocuments the adventures of a European economic migrant trying to avoid becoming caught in the trap that life has set for him, who embarks on a journey of myriad surprises. After all, if “the sea begins here, we never know where it ends.”

“I have to let 40% of you go. Please don’t panic! A fresh start demands a great deal of energy, passion and courage, but you are all fighters — don’t give up, and your reward will be everlasting pride.” When the manager of the factory in Slovakia where Agoston (Sándor Terhes) works thus puts an end to this fifty-year-old’s career as a manual worker, it marks the beginning of a depressing routine as the laid-off Agoston, between polishing his shoes and dealing with water leaks, finds that his future has suddenly shrunk to the confines of his home, despite the warm family atmosphere represented by his wife and daughter. Resolving to break the curse that has fallen upon him, and staking all his hopes on a leaflet making bold claims for the employment opportunities to be found in Latvian shipyard, Agoston decides to try his luck in a foreign land (“You’ve never seen the sea.”/“You have to start somewhere”). Leaving his family behind, our straight-talking anti-hero, who thinks that things can be different with a change of scene and who dreams of becoming a salt-water fisherman, despite only ever having fished with a rod on a lake, will encounter in Latvia solitary hardships, disappointments and bizarre encounters, in a world in which animals seem to be valued more highly than people.

Revealing a particularly acute visual sense, especially with regard to the tremendously well-chosen sets (original and very cinematic), a mastery of surprising transitions and some excellent composition and photography (Gergely Pohánok), Kristóf shows himself to have the makings of a very promising filmmaker. The play of realism and the absurd, central to the film’s modest plot, starts to fray as the story develops; but, for a first film, such a device is also a means of attracting attention and is not necessarily of overriding importance. It will be extremely interesting to see what this obviously talented filmmaker decides to do next.

Produced by Slovakia (Sentimentalfilm) in collaboration with the Czech Republic (Endorfilm) and Hungary (KMH Film), Out will be distributed in France by Arizona. Cercamon is in charge of international sales.

“It’s the story of a fight against an unfulfilled life”

CANNES 2017: Cineuropa got the chance to talk to emerging Slovak director György Kristóf about the origin of and process behind his feature debut, Out, screening in Un Certain Regard

Emerging Slovakian filmmaker György Kristóf is readying yet another ambitious project after his feature debut, Out 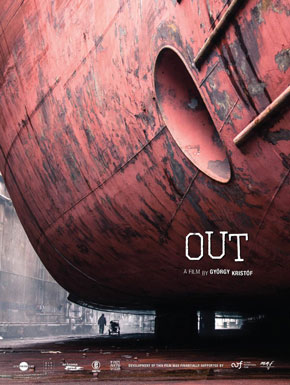 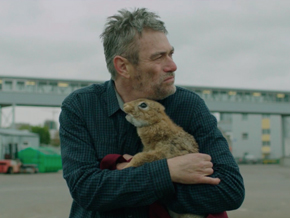 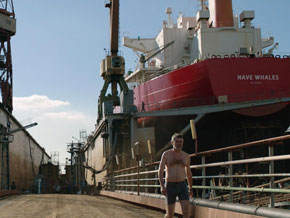 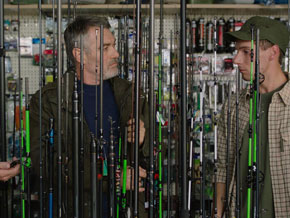 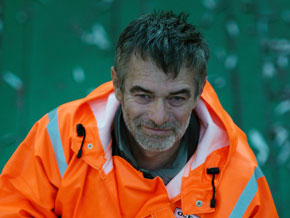