A dilemma in the face of The Intruder

23/05/2017 - CANNES 2017: Cohesion, rigour and balance are the three pillars of Leonardo Di Costanzo’s second film, offering further proof of skills honed during his career as a documentary filmmaker

Raffaella Giordano in The Intruder

The cohesion of the writing, the rigour of the mise-en-scène and the overall balance of the end result make Leonardo Di Costanzo’s films among the most interesting in contemporary Italian cinema — and he’s still only on his second full-length fiction film. The Intruder [+see also:
trailer
film profile], screening as part of Directors’ Fortnight at the Cannes Film Festival, follows 2012’s award-winning The Interval [+see also:
film review
trailer
interview: Leonardo Di Costanzo
film profile], which took the FIPRESCI and Pasinetti Awards at the Venice Biennale, the David di Donatello Award and an Italian Golden Globe awarded by the Rome Foreign Press Association. Despite being a relative newcomer to the world of fiction filmmaking, the 59-year-old director’s ample experience as a documentarian has allowed him to craft a distinctive perspective on the world beyond the camera — essentially a form of inductive observation that succeeds in capturing the energy of life itself.

Written by the director in partnership with Maurizio Bracci and Bruno Olivier, The Intruder tells the story of Giovanna, the founder of an after-school centre for children and a kind of social trailblazer, a tower of strength at the heart of an outer Naples suburb blighted by destitution and a drift towards Mafia-esque lawlessness. This isn’t a film about the Camorra, as the director himself has been quick to point out. Rather, it’s about the people whose lives are played out on the same field, and who suffer as a result.

What, then, is the “intrusion” to which the title refers? We don’t have to wait long to find out, as a police operation in the farmhouse where the children’s centre is based ends in the discovery and arrest of a member of the Camorra, wanted on suspicion of having murdered a manual worker with a Kalashnikov after the innocent 28-year-old stumbled on him and his cronies as they planned an ambush against a rival clan. In a courtyard outbuilding, the criminal’s young wife cowers like a wounded animal, her ten-year-old daughter by her side. It was she who asked the hospitable Giovanna for help, before secretly hiding her husband in the house.

What is to be done with this “intruder”? Giovanna finds herself faced with a dilemma: should she step forward and uphold the very ideals of refuge and tolerance, or give in to fear and the instinctive need for safety? As if this wasn’t enough, the woman starts to receive threatening visits from her husband’s mother and sister, who try to convince her to come home. How should Giovanna respond to the fears of the parents of the children at the centre, who now see their offspring sharing games and activities with the daughter of a dangerous murderer? What can she say to the widow of the young man murdered by the Camorra, especially since “the intruder” fails to show any signs of sympathy whatsoever?

Like The Interval, The Intruder is a film set within the confines of a symbolic space that could just as easily be a Parisian suburb — like a play with a painted-in background. However, unlike Di Costanzo’s earlier film, it’s an ensemble piece; no single character is given a great deal to say, although body language takes on a fundamental importance. The situations that the actors are called on to portray are ones that they live through on a daily basis. The character of Giovanna, in contrast, is played by Raffaella Giordano, a dancer and choreographer with a background in contemporary theatre. Originally from Turin, 55-year-old Giordano has only appeared in one other film: Mario Martone’s Leopardi [+see also:
film review
trailer
interview: Mario Martone
film profile], where she played the mother of the title character, Giacomo Leopardi. Di Costanzo was keen to juxtapose this “non-indigenous” figure against the rest of the cast, made up of amateur actors and locals from the Ponticelli neighbourhood of Naples, all with strong Neapolitan dialects (almost always subtitled into standard Italian): Valentina Vannino, Martina Abbate, Anna Patierno, Marcello Fonte, Gianni Vastarella, Flavio Rizzo and others.

The savagery of the mother and daughter responsible for the “intrusion” (the little girl wears garish red trainers that stand out against the grey background, recalling the coat of the innocent concentration camp victim in Spielberg’s Schindler’s List) is in marked contrast to a hospitality completely alien to their culture, built around violence and rules for violence and abuse. But nobody wants them there. It’s a symbol of the rejection of the reality they come from, this evil that had taken hold “beyond” the walls that surround the house and that reverberates through the puppets that the children make with the social workers: Mr Jones, made of old bicycle parts, is the man with la capa dritta: the one with his head screwed on.

The Intruder was produced by Tempesta, Amka Films and Capricci in association with Rai Cinema. International sales are being handled by The Match Factory, with Cinema in charge of the film’s distribution in Italy.

more about: The Intruder

Toni Servillo and Silvio Orlando are set to lead a cast together for the very first time in the Italian director’s third feature film, shot in a former prison in Sassari

This loose adaptation of Jack London’s novel is an Avventurosa, IBC Movie, Match Factory and Shellac Sud co-production, whose release date confirms its likely participation in the Venice Film Festival 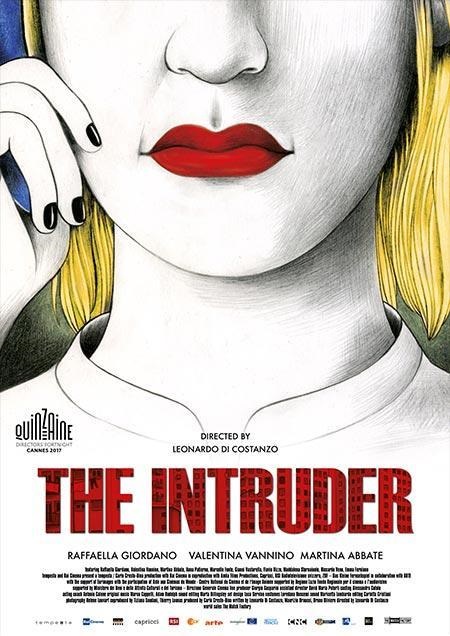 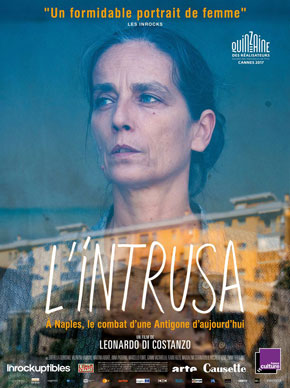 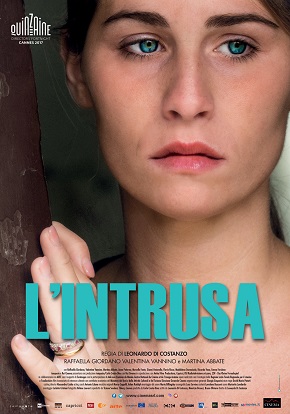 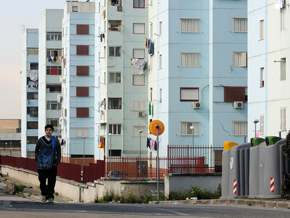 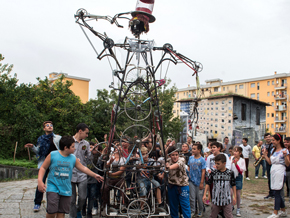 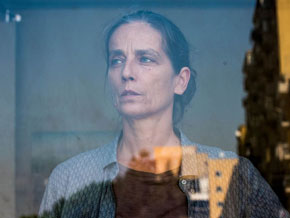 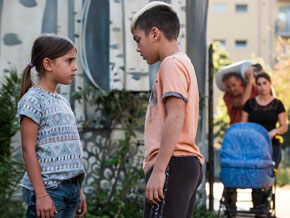 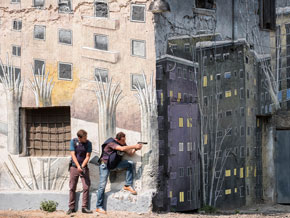 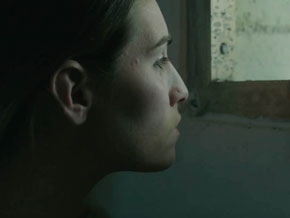