Jeannette, the Childhood of Joan of Arc: A daughter of France tries her luck on the X Factor

23/05/2017 - CANNES 2017: Bruno Dumont raises a laugh while assaulting our eardrums in this pastoral musical comedy based on a play by Charles Péguy

Lise Leplat Prudhomme (right) in Jeannette, the childhood of Joan of Arc

In the words of a relative of the young heroine of Bruno Dumont’s latest cinematic experience, a historico-literary musical comedy featuring in the 49th Directors’ Fortnight at the 70th Cannes Film Festival, someone should really give her a slap and send her on her way. We refer to the young shepherdess who bawls her head off in Jeannette, the Childhood of Joan of Arc [+see also:
trailer
interview: Bruno Dumont
film profile], clad in humble sackcloth amid the dunes of the Côte d’Opale, across the Channel from England, where the director has relocated the River Meuse. It’s the first port of call, whether they like it or not, for travellers from other lands; the sort that “daughters of France” like Jeanette would like to boot out of their country for good.

This tiresome child, supposedly perfect in every way — i.e. a stuck-up little madam — just gets on our nerves, with her sanctimonious homilies as her only refrain, repeated ad nauseam in a squeaky voice that brings to mind both The Chorus and any little wannabe pop star trilling out numbers from a hit musical, karaoke-style, in the playground. Things don’t get much better with adolescence: the reedy voice of the actress who replaces the first one is even closer to the syrupy warbling of an X Factor contestant, offset occasionally — and hilariously — by wild guitar chords, prompting Jeanette to start headbanging like she’s at a Cradle of Filth concert.

It’s the funniest thing about the whole film; that and the amateurishness of the choreography, especially that of Gervaise, the self-duetting nun, and the pubescent uncle who dances tecktonik to electro-dance music while rapping in a broad northern-French accent. It’s hard to take the lyrics seriously either: packed with gibberish rhymes, the syntax is bizarre and very kitsch, reminiscent of catechism songs.

Although the film feels a bit like Monty Python and the Holy Grail at times, it’s worth asking oneself just how much of it is parody, and how much of the satire is deliberate, given that Dumont chose (really) to base his screenplay on Charles Péguy’s The Mystery of the Charity of Joan of Arc. There are only two possibilities here: either it’s all a huge joke, poking fun at the rhetoric of France’s extreme right-wing parties (and its foundation in a questionable definition of nationhood) and satirising the great mystical quest of their most emblematic figure — which, in any case, would not entirely justify the prolonged assault on the audience’s eardrums — or else the film has no deeper level at all. If anything, that would be even more aggravating.

Produced by Taos Films, Jeannette is being distributed worldwide by Luxbox.

more about: Jeannette, the Childhood of Joan of Arc

Bruno Dumont, Christophe Honoré and Albert Serra are the biggest names in a selection of 15 titles, including eight feature debuts and seven movies by female directors 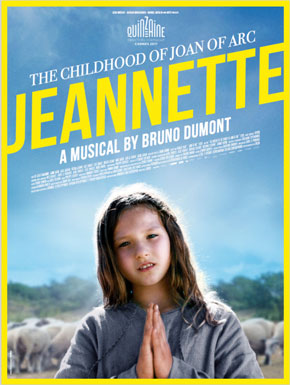 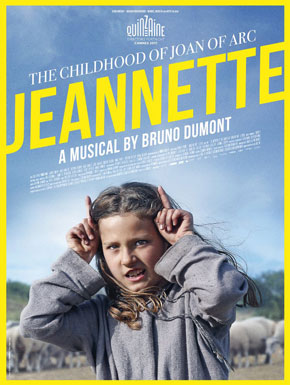 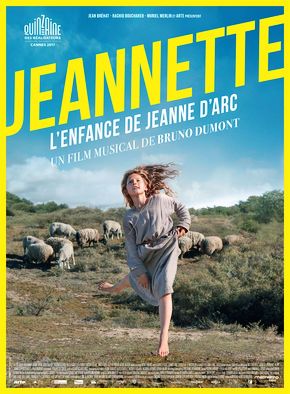 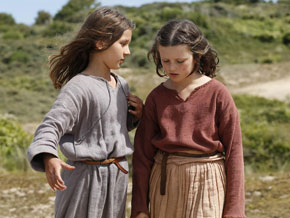 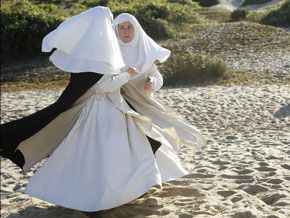 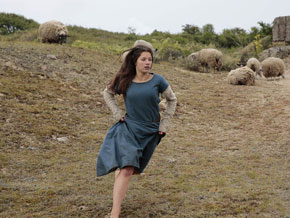 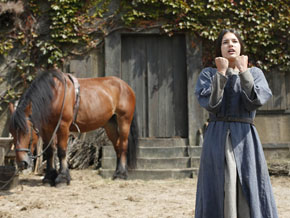 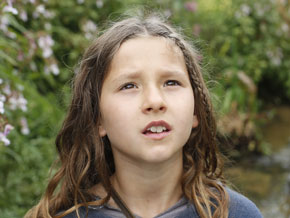