Makala: The journey of an honest man

24/05/2017 - CANNES 2017: Emmanuel Gras has made a captivating documentary that whisks us away to DR Congo on the heels of a heroic charcoal seller

At daybreak, we see a man walking; he leaves the confines of his small village, a can of water in his hand and an axe under each arm, and crosses the parched slopes of the bushland alone before reaching an enormous, gnarled tree that he fells with a Herculean effort. After saying a prayer ("Give me the strength I need for my work, protect my family, may your light illuminate my voice"), he’s on his way home, back to his wife, who is taking care of their two very young children and who will help him in the coming days to chop, carry and stack the wood in a big mound packed down with earth, which will be used as a natural oven to make charcoal. And this fuel that they call Makala [+see also:
trailer
interview: Emmanuel Gras
film profile] in Swahili is what lies at the centre of, and lends its name to, the minimalistic and powerful documentary by French director Emmanuel Gras, unveiled in competition in the Critics’ Week at the 70th Cannes Film Festival.

We are in Katanga Province, in the Democratic Republic of the Congo. All around, the ground smokes from stubble-burning, and the impoverished natural world no longer allows the inhabitants to hunt anything but rats and birds. Kabwita is 28 years old, dreams of building his own house, and has already drawn up the plans and imagined the things he’ll plant all around it. But he needs 15 sheets of metal to build a roof able to withstand the wind, and he needs money in order to buy them. His only way of achieving this is by selling his charcoal in the town of Kolwezi, 50 kilometres away. Loading up his only possession, his bicycle, with six huge sacks, he sets off down the track, ready to embark on a slow odyssey, pushing his bike by hand like a true slave to the road. This trek will take him to the very limits of exhaustion, accompanied with supreme empathy and exceptionally artful camerawork by the director, who lensed the film himself. They traverse the gentle slopes and the many mountain passes, spend two nights camping in a bivouac and endure several unpleasant ordeals as civilisation approaches, which Emmanuel Gras films while playing with stretching out time, a bit like Gerry by Gus Van Sant, and varies the angles to the point where he makes this overloaded bicycle into a real character in itself. This journey, elegantly accompanied by the cello of Gaspar Claus, is nevertheless a voyage aimed at uncovering the essence of a brave man who struggles single-handedly against a hopeless fate. Because soon the city appears in front of him, with all its chaos which is so far removed from the silent open spaces where Kabwita is from. Will he succeed in selling his charcoal?

Having risen to fame with Bovines (nominated for the César Award for Best Documentary in 2013), Gras confirms his remarkable talent as a very personal documentarian who above all looks to bring out the expressiveness in reality in order to reach the essence of everything he films. This gamble really pays off with Makala (especially with its captivating closing scene), which is also a magnificent tribute to the simple beauty of the human being, to his courage in the face of adversity and his faith in better days to come, a vital hope that constantly locks horns with despair and oblivion.

Produced by Bathysphère, Makala will be distributed in France by Les Films du Losange, which is also in charge of the international sales.

"The enormous effort these people make to live "

CANNES 2017: We chatted to French filmmaker Emmanuel Gras, who unveiled his documentary Makala, Grand Prize in the Cannes Critics’ Week

"A filmmaker's talent is essential"

We met up with Nicolas Anthomé, bathysphere producer for Makala and 10,000 Nights in the Jungle, now a 2018 Producer on the Move

The eighth edition of the festival will take place from 4 to 10 April with 30 titles and a focus on Arnaud Desplechin, before moving on to Turin, Milan, Naples, Palermo, Florence and Bologna 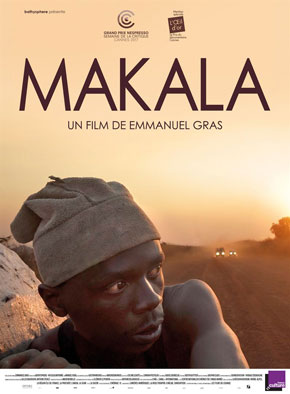 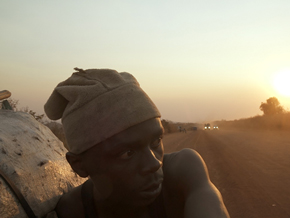 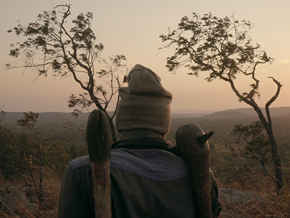