25/05/2017 - CANNES 2017: Sergei Loznitsa is back with a piece on totalitarianism and the Russian spirit, mixing abundance and austerity, which could have been exceptional

Like you’ve had a taste of the torture of Tantalus, that’s what you feel like when you come to the end of watching A Gentle Creature [+see also:
trailer
interview: Sergei Loznitsa
film profile] by Sergei Loznitsa, which was shown in competition at the 70th Cannes Film Festival. Indeed, the filmmaker was on track to make a great piece, but his immense ambition most likely led him to decide not to simply bring things full circle, instead radically changing the style of the film on the home stretch with a dreamlike and almost Jodorowskyesque swing, which is far from ridiculous considering the film’s plotline and the absurd dictatorship our heroine is struggling against, but is too theatrical and detached from the realistic material that comes before it for the sudden change to come off. A formal coup de force that comes down like a guillotine on the exceptional continuum that the film weaves with art up until that point, placing A Gentle Creature on a much higher plane among the competitors for the Palme d’or 2017. Alas, like the water just out of reach of Tantalus, this piece falls just short of being great. Nonetheless, this cruel derailing should not overshadow the extraordinary impression created by everything that comes before it, Sergei Loznitsa being an artist of very rare power, putting a majestic stamp on each sequence, each frame, and patiently evoking a visually, sonorously and narratively rich world worthy of the greats.

A loose adaptation of the short story A Gentle Creature by Dostoyevsky, the third feature film by the director of My Joy [+see also:
film review
trailer
film profile] and In the Fog [+see also:
trailer
film profile] (both very well-received in competition at Cannes in 2010 and 2012), who is also a leading documentary maker, opens with a magnificent shot, that of a deserted road in the countryside, where a bus appears and a woman gets off, to then disappear off-camera like her mode of transport, kicking up a cloud of dust that slowly dissipates to leave the landscape as it was before. This one shot says everything, as this woman (played by the impeccable and stoic Vasilina Makovtseva), who is the gentle creature in the film’s title, will also leave the community and the road behind her. When she receives a package that has inexplicably been returned to her after she sent it to her husband who is doing time behind bars for a murder (he is supposedly innocent), this focused and introverted character throws herself into a journey to the town where he is imprisoned to try and solve the mystery. An odyssey that is littered with incessant obstacles in a country which is actually nothing but a huge dictatorial prison populated by drunk folly and walls, where the ingenuity and unbending willpower of this gentle creature to reach a prohibited area gradually plunges her into risky Kafkaesque nonsense reflecting Russia and all its incarnations (the former Soviet Russia – with Kolyma, a gulag of ominous fame, which it is certainly no accident that our heroine crosses – and modern-day Russia).

Filmed with masterful skill with long-range shots that are highly rich in evocative details (with the help of brilliant Romanian director of photography Oleg Mutu) and sounds which pour over the images from off-screen, A Gentle Creature constructs an astonishing and moving mosaic around its main character in which the stories, songs and poems of men gone wild, reduced almost to an animalistic state, encountered by our heroine, are superimposed on top of the incidents that take place on her quest through a world ruled by arbitrary rules, espionage, surveillance, police impunity and control of the masses. A land on which Sergei Loznitsa leaves a highly sophisticated cinematographic footprint right up until his suicidal stylistic about turn (which will nonetheless perhaps acquire cult status in time, who knows…) and one last return to the conclusive reality of extreme physical and psychological violence (which is hardly softened by the visual effects).

more about: A Gentle Creature

“Absurdity surrounds us; we exist within it”

At the recently concluded 8th Odesa International Film Festival, we sat down with Ukrainian director Sergei Loznitsa to talk about his latest effort, A Gentle Creature

BERLIN 2018: Aleksei German Jr returns with a retrograde portrait of the 1970s-era Soviet Union that says nothing new 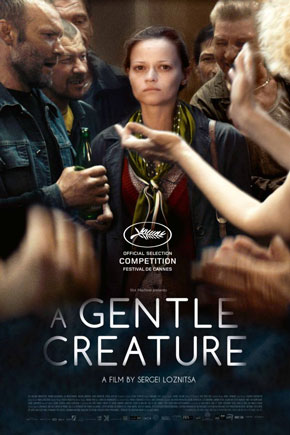 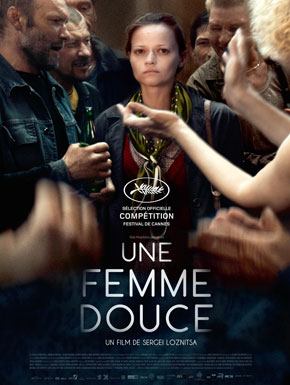 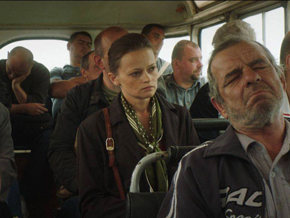 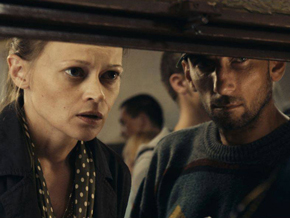 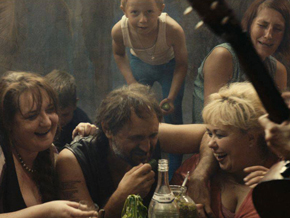 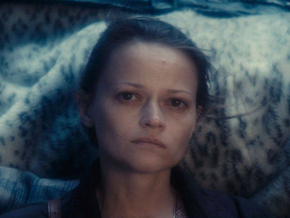