Frost: A journey to the end of the war

26/05/2017 - CANNES 2017: Sharunas Bartas returns to Directors’ Fortnight with a dialogue-heavy odyssey through Eastern Europe, into the heart of the interminable war between Russia and the Ukraine

In Frost [+see also:
trailer
interview: Sharunas Bartas
film profile], a film that marks the return of Lithuanian director Sharunas Bartas to Directors’ Fortnight at the Cannes Film Festival, we conscientiously follow the tyre tracks of Rokas (Mantas Janciauskas) and his gentle friend Inga (Lyja Maknaviciute) as they undertake a road trip with a humanitarian purpose. Driving from Vilnius to Poland and then on to Kiev and through the frozen landscapes of the Donbass, we travel right into the heart of a seemingly endless war between Russia and the Ukraine that Europe has already begun to forget, now that the flames of revolution in Independence Square have been quenched. En route, while we start to ask ourselves why these two characters agreed to embark on this dangerous mission, so perilously close to the conflict zone (was it ignorance, curiosity or are they following some more emotional impulse?), Rokas and Inga engage in a series of conversations that begin amicably, only to turn more and more confrontational as the comforting bubble of distance bursts and more fundamental and urgent considerations take over. Their first meeting is with a Polish comrade (Andrzej Chyra), followed by a colourful crowd of volunteers from all over Europe who have gathered in a Kiev hotel (among them Vanessa Paradis). Later, there’s a soldiers’ reception; we pass their checkpoints one by one, marking out the protagonists’ journey towards their tragic fate.

The blazing topicality of the film’s premise, the richness of its script and the story drawn out by the places we visit along the way plant numerous seeds for reflection: on the nature of conflict, compromise, nationhood, the motivations behind various foreign interventions and the methods they adopt (swinging between lip service and blind action) and the slimmest possibility, amid this kaleidoscopic complexity, of finding a true answer and putting an end to a war, so close to home, that sucks everything in its path into a spiral of death.

We can therefore understand Frost as an astute study of the Ukrainian conflict, structured around a typology of our attitudes towards it. In light of the dialogues and monologues that form the backbone of the film, we can read it as a kind of parable, operating on both a collective and individual level. In this new journey across another “waste land”, it will entertain some viewers to spot the director’s stylistic hallmarks and pet themes, as well as some new twists to be found in this contemporary story that embraces everything but optimism. Finally, and bearing in mind that Frost also unfolds around the slow kindling of romantic feelings, as complex as any situation portrayed in the film, we might also see it as a perceptive reading of the dynamics of human relationships.

A filmmaker who is well known for his reserve, Bartas offers us in Frost a work of great distinction, as contemporary as it is universal and as psychological as it is philosophical, with a tone that becomes progressively darker as we go deeper into the blinding white of the landscapes that form the snowy battleground of the conflict.

CANNES 2017: We met up with Lithuanian auteur Sharunas Bartas to discuss his latest film Frost, presented in the Directors' Fortnight

Filming under way on Šarūnas Bartas' In the Dusk

The Genevan festival, the 19th edition of which is taking place from 19-28 January, continues its ascent in the world of independent cinema 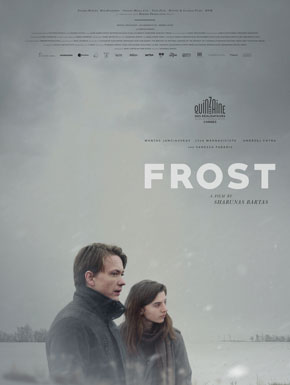 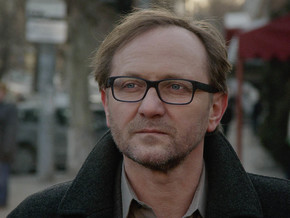 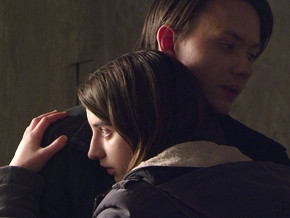 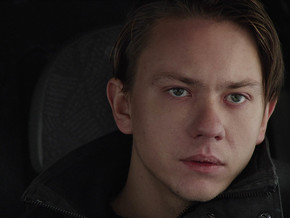 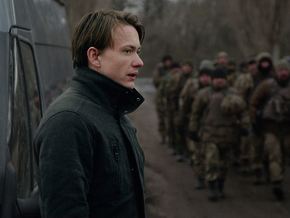 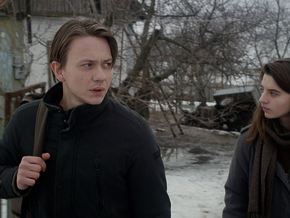 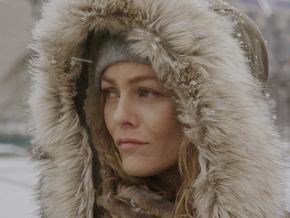