In the Fade: "Do you want to know who killed your family?"

26/05/2017 - CANNES 2017: Fatih Akin brings us a moving and effective drama about a neo-Nazi attack, a mix between a portrait of a woman, a legal film and a political thriller

Diane Kruger and Numan Acar in In the Fade

"I have, alas, come to tell you that the victims are your husband and son." For hours, Katja and her loved ones waited for this terrible confirmation by a DNA test on the toothbrushes of Nuri and Rocco, aged six, whose bodies, ripped apart by the explosion of a bomb, were no longer recognisable. Offering a golden role to Diane Kruger, it is on this highly emotional and compassionate playing field of one woman’s tragedy and her desire for justice that German filmmaker Fatih Akin is back with In the Fade [+see also:
trailer
interview: Fatih Akin
film profile], in competition at the Cannes Film Festival, where he took home the screenwriting award in 2005 for The Edge of Heaven [+see also:
film review
trailer
interview: Fatih Akin
interview: Klaus Maeck
film profile]. And once again, from another angle and in a completely different style, the director takes possession of his dual culture, German and Turkish, to this time condemn the small groups that spread hate throughout Europe.

Broken down into three parts ("family", "justice", "the sea"), In the Fade goes almost straight to the heart of the matter after a lyrical prologue showing the marriage in prison of blonde-haired Katja (Diane Kruger) and Kurd Nuri (Numan Acar). Six years later, the interethnic couple is still very much madly in love and have a son, when the attack shatters the happiness of this young woman (a rather “unrefined” character, with her tattoos and outspokenness), throwing her into a deep state of despair and the agony of a police investigation that delves into Nuri’s past as a drug trafficker. But just before the explosion Katja saw a young woman leave a new bicycle outside the door to the small tax consultancy, translation and aeroplane ticket sales agency that Nuri ran. Very soon, the culprits are arrested: a young couple of neo-Nazis: Edda (Hanna Hildsdorg) and André (Ulrich Friedrich Brandhoff). Some time later, the trial begins. After filing a civil case and enlisting the help of a lawyer, Danilo (Dennis Moschitto), will Katja get justice?

Skilfully littering the film with false leads during the initial stage of looking for the motives behind the attack and identifying the culprits, and carefully avoiding a one-way conclusive approach (it is notably the father of the young neo-Nazi who turns him in), Fatih Akin focuses first and foremost on the suffering of a woman who is brutally deprived of her family (like a country that is divided) and the choices she then makes to obtain redemption. A subject that the director films by giving an "Americanised" atmosphere (torrential rain during the opening sequences, trial scenes, suspense and action on the home stretch) to the three main settings (Katja’s house, the courtroom, the seaside in Greece), which are varied nicely. He does so with indisputable effectiveness (although he teeters on realism in the final part, toppling over into action and suspense); the film also has the irrefutable asset of the moving melodramatic situation of its protagonist up its sleeve, a cruel situation that it is hard to be indifferent about given the current environment in Europe, where lives are being claimed all too often by bombs, but where not all bombs are motivated by the same ideology, even though they all drink from the same hateful source.

Produced by Germany (Bombero with Corazon and Warner Bros) and co-produced by France (Macassar and Pathé), In the Fade is being sold internationally by The Match Factory.

more about: In the Fade

“As a producer, I protect myself as a director”

CANNES 2017: We spoke to German director Fatih Akin about his new thriller, In the Fade

The Golden Globe-winning German director is preparing a story about a serial killer, which is now in post-production

Seven Lolas for 3 Days in Quiberon

3 Days in Quiberon scoops the most Lola nominations in 2018 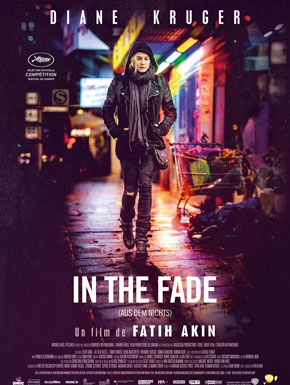 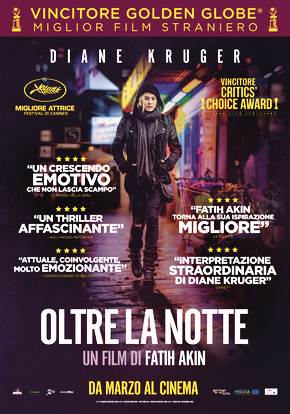 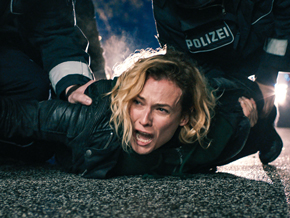 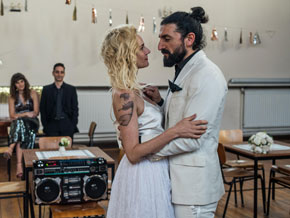 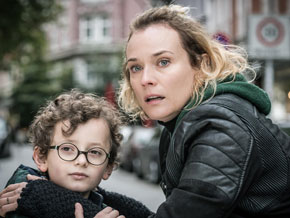 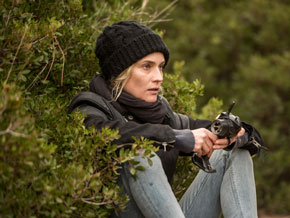 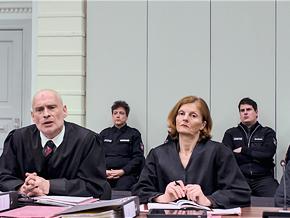 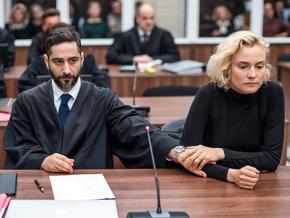 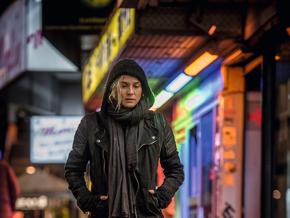