You Were Never Really Here: The shattered mirrors of angels

Joaquin Phoenix in You Were Never Really Here

A man who gets around via the back streets and emergency exists; a man who hides his real address as well as his face, masked by a grey beard; a man hounded by painful flashbacks to his past as an abused child, soldier, and FBI agent; a man who will kill and be killed in the shadowy underworld of New York; a man with nowhere to go, all traces of who he once was carefully wiped out; and a man who won’t hesitate to inflict necessary damage in the exercise of his profession — following the trail of vanished young girls across the city… This is the man at the centre of the mesmerising You Were Never Really Here [+see also:
trailer
Q&A: Lynne Ramsay
film profile], a symbol of America’s chaotic urban civilisation, portrayed by a remarkable Joaquin Phoenix. The latest offering from Scottish director Lynne Ramsay, it was the final film to be screened in the official competition at the 70th Cannes Film Festival. Paying homage to Martin Scorsese’s Taxi Driver, Ramsay has created a thriller with a one-dimensional structure that never strays from its bleak “broken mirror” format, set in a world of advancing decay of which we see only vague, distant outlines — a world where time is running out.

“You could call me directly, like a regular person.” Joe’s (Phoenix) boss knows, however, that this bear-like bloodhound, who sees nobody apart from his elderly mother (we see her watching Psycho on the television, much to her son’s amusement) is anything but a regular person. But what does that matter, when Nina (Ekaterina Samsonov), the daughter of a senator in the throes of a re-election campaign, has run away — and she must be tracked down discretely, because this isn’t the first time the 13-year-old has disappeared and an anonymous phone call has placed her in a house of very ill-repute. After a little preparation, a few enquiries and a good deal of patience, Joe enters the building, takes out two security guards and a naked, masked visitor with the aid of a hammer and rescues the girl: an ethereal blonde who is not inclined to say much. This violent rescue mission, witnessed through the images of the security cameras, is the trigger for a chaotic spiral of events: Nina’s father kills himself that same night, a pair of thick, bloody arms scoop up the girl once again and danger closes in on those near to Joe, who has stumbled upon the very root of evil in a city where innocence is sacrificed to close a deal.

Filmed in an extraordinary manner, with some brilliant work from director of photography Thomas Townend, You Were Never Really Here avoids all the traps that have often proved fatal to European filmmakers, infiltrating the darker reaches of New York’s churning entrails. The director has eschewed a classical linear narrative, opting instead for a more radical structure, not afraid to linger on the coincidental, that will no doubt grate on those who prefer a more cohesive and solidly plotted affair. But that’s not the point of the film: this is the story of a profoundly disturbed man, a Travis Bickle of our times who is waging a war against his own demons — and an expression of the suffering of a rotten world where guards don’t do their jobs, where former brothers-in-arms are pitted against each other by powerful and shadowy forces, and where the most atrocious acts take place beneath a photo-friendly surface. It is also worth noting the significant contribution made by Jonny Greenwood’s scoreto the film’s success; a film imbued with all the tension of a bow poised to fire at some obscure target.

Produced by France’s Why Not in association with the UK’s Sixteen Films, the BFI, Film4 and JW Films as well as US company Amazon Studios, You Were Never Really Here will be brought to the international market by IMR-Insiders.

more about: You Were Never Really Here

CANNES 2017: Scottish director Lynne Ramsay describes her film You Were Never Really Here, which has been warmly received by audiences at Cannes

“In a time where things are so challenging, it's great to see that quality continues to sell”

Cineuropa caught up with Olivier van den Broek of distribution company The Searchers, to discuss their line-up and how they are dealing with the Covid-19 pandemic

"I'm fascinated by photography, I studied as a photographer before I was a filmmaker"

Paolo Sorrentino and Ruben Östlund are two of the masters of cinema invited this year by Emir Kusturica to his village to teach classes, in amongst screenings and concerts 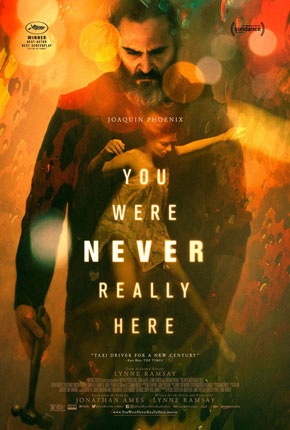 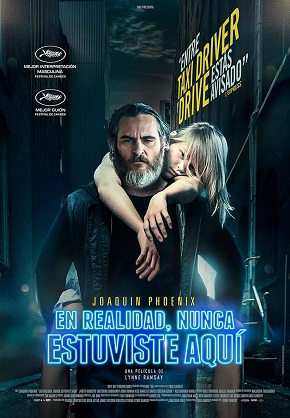 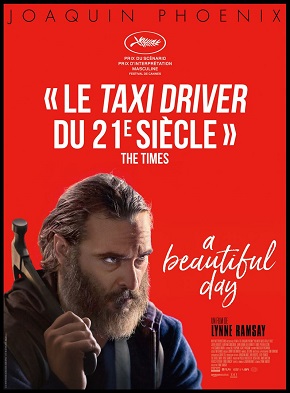 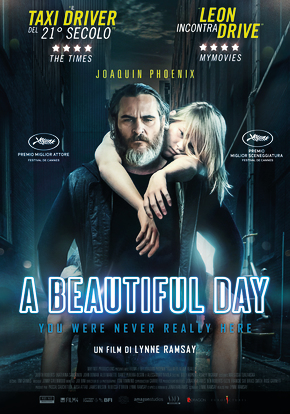 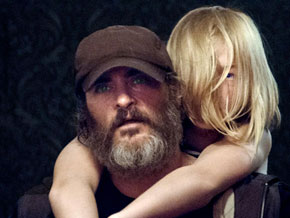