The Fabulous Patars: An ode to family and individuality

Sophie Reine’s The Fabulous Patars [+see also:
trailer
film profile], which explores the challenges of being a single parent in a social system that regulates “appropriate” lives for children, is being shown in the EducaTIFF platform at the 16th Transylvania International Film Festival (2-11 June, Cluj-Napoca). With a selection of eight films, the festival’s educational platform is meant for children and teenagers from six to 15 years, with screenings followed by discussions on various family-related issues explored by the selected films.

Starring French actor-director Gustave Kervern (without his customary creative partner Benoît Delépine), The Fabulous Patars is an excellent choice for an educational programme like EducaTIFF because it explores not only family difficulties, but also the biggest challenge in the life of a child: how to fit in at school.

The film focuses on Denis Patar (Kervern), a single parent who struggles to give his two daughters, Janine (Héloïse Dugas) and Mercredi (Fanie Zanini), a good life. But juggling two jobs and two hyperactive daughters is too much for Denis, who is still mourning the recent death of his beloved wife. When he forgets (again) to pick Mercredi up from school, the girl is sent to the police station, where she has great fun, but the chief has to file a complaint. Social worker Séverine (Camille Cottin) enters the scene.

The audience can guess early on where the story will go, but the screenplay written by Reine and Gladys Marciano compensates for the predictability of the romantic subplot with a well-thought-out story about the uniqueness of every family, and how families can be solid and close-knit even if they do not observe the carefully considered rules devised by professionals as state policies. It is unbelievable that, when Janine and Mercredi practically drown in Denis’ sea of love, the family faces the possibility of separation.

For adults, this may be the most interesting aspect of the Patars’ story: how the system can claim to know better, regardless of the specificity of every family, and how it can conclude, following a rather shallow and short interview, that it is best to separate a father from his two children and send them to two different foster families. The system certainly works in serious and dangerous cases, but what about the families who get lost among the regulations? Parenting requires creativity, but can the cold reckoner of social services adequately capture this creativity?

Sophie Reine knows how to raise this very serious question in a way that makes The Fabulous Patars endearing, captivating and, more often than not, very funny. The fact that Janine suffers from a neurologic disorder that makes her life at school quite difficult is an excellent way to show young cinemagoers how to accept that, regardless of our differences and peculiarities, we all strive for acceptance and integration. With hearty laughs and an emotional and life-affirming denouement, the film is a great choice for a trip to the cinema with all generations of the family.

The Fabulous Patars was produced by Mandarin Production. The film is being internationally represented by MK2 Films International.

more about: The Fabulous Patars

More indie gems to stream on our pages: this time, a selection of memorable coming-of-age stories

Isabelle Carré, Eric Elmosnino, Thomas Guy and Benjamin Voisin are among the cast of this feature debut being staged by Delante Productions and set to be sold by Indie Sales

The Fabulous Patars: An ode to family and individuality

11 César nominations for Elle and Frantz

Paul Verhoeven’s and François Ozon’s films outpace Slack Bay, From the Land of the Moon and Divines in the Césars race

Three awards for Glory at the Gijón Film Festival

The Bulgarian film by Kristina Grozeva and Petar Valchanov has gone home from the well-established Asturian gathering clutching the Best Film, Best Screenplay and Critics’ Awards

Today sees the start of the 17th edition of the increasingly attractive and popular event, which brings together European arthouse film and more mainstream titles 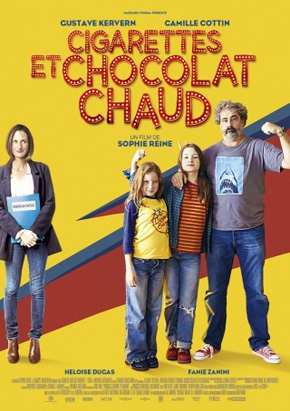 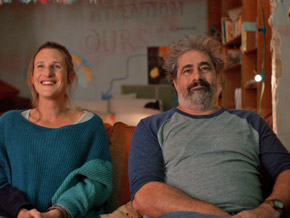