02/07/2017 - KARLOVY VARY 2017: Bosnian director Alen Drljević uses psychodrama as a cinematic tool to question the troubling war-torn past of the former Yugoslavia

Bosnian filmmaker Alen Drljević has brought his first fiction feature, Men Don't Cry [+see also:
trailer
interview: Alen Drljević
film profile], to the Karlovy Vary Official Competition. Essentially a chamber piece set in one hotel, the film depicts a therapeutic workshop for war veterans from the former Yugoslavia who face up to their traumatic pasts in the form of a psychodrama. In the director's use of the method as a cinematic tool, the crucial contribution comes from the Balkan all-star acting team, with Leon Lučev and Boris Isaković stealing the show, along with powerful contributions from Emir Hadžihafizbegović, Boris Ler, Ermin Bravo, Ivo Gregurević and Sebastian Cavazza.

The film opens with a simple exercise that, soon enough, turns into a brawl. The veterans from Bosnia, Serbia and Croatia have just gathered at the isolated mountain hotel, and passions are running high. Soon afterwards, the Croat Andrija (Slovenian actor Primož Petkovšek) leaves fuming, as he cannot understand why his compatriot Valentin (Lucev) does not want to stick to the dominant nationalistic narrative in their country - or in any of the three countries, for that matter. Only the nationality changes; the system of thinking, developed through indocrination, is identical.

The next day, the workshop leader from Slovenia, Ivan (Cavazza), urges the participants to start facing their traumas. The first to tell his devastating story of guilt, and then act it out through a psychodrama model together with his workshop colleagues, is Valentin.

Meanwhile, two of the Bosniaks in the group, the middle-aged Merim (Hadžihafizbegović) and the twenty-something, wheelchair-bound Jasmin (Ler), run into a conflict. While Merim is not only a devout Muslim, but also superstitious, Jasmin is, understandably, completely nihilistic, having ended up half-mobile at such a young age.

At some point during the day, Miki (Isakovic) buys some homemade brandy from the receptionist (Izudin Bajrović), and the overall drunkenness starts with the singing of a classic Yugoslav pop song, a favourite in all parts of the former country, and ends in the demolishing of the hotel restaurant, with a sort of a war game in between. Be they victims, criminals or heroes of war, Balkan men stay the same.

Before the poignant last act, we will witness re-enactments of Merim's torture in a concentration camp, Miki's experience of being forced to kill civilians, as well as finding out the real reason for Jasmin's anger. All of these sequences taken separately are immensely cathartic; they showcase the brilliant acting talent of all of the actors, and the overall result is indeed devastating.

Lučev's and Isaković's characters are alpha-male types, and the two thesps dominate the film as well. But Hadžihafizbegović's nervousness and Ler's quiet anger, and especially the vulnerability of the whole cast, are what keep the proceedings balanced and far removed from over-the-top sentimentality, even with all the shouting, singing, fire, tears and even blood that the film contains.

Drljević's use of limited, closed quarters is masterful, and psychodrama as a cinematic tool proves to be as cathartic for the audience as it is for the characters - as it must be for all veterans who manage to let go and decide to accept and face their ugly pasts in reality.

"Questioning our own truths is what cinema is for"

Review: The Diary of Diana B. 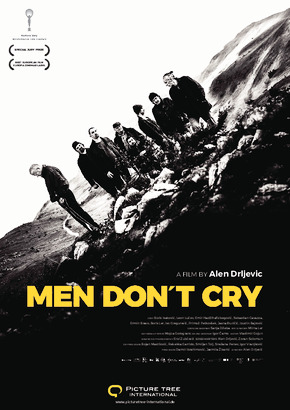 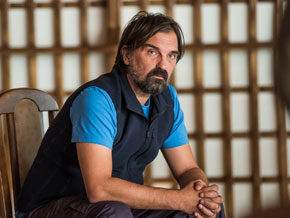 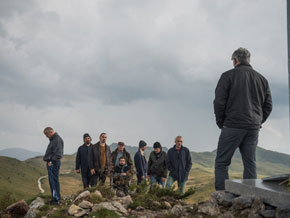