The Best of All Worlds: Mothers and monsters

04/07/2017 - Adrian Goiginger’s first feature, which won the Best Actress Award at Moscow, is an emotional story of family love and redemption

One of the most powerful family stories to be released this year, Austrian director Adrian Goiginger’s first feature, The Best of All Worlds [+see also:
trailer
film profile], won a well-deserved Best Actress Award for Verena Altenberger at the 39th Moscow International Film Festival (22-29 June). Powerfully written and impeccably acted, this film inspired by true events succeeds in drawing its audience into a convincing world ready to prove its motto: “There are no hopeless cases, only hopeless people.”

Set in Salzburg at the end of the 1990s, the story follows seven-year-old Adrian (a very watchable and talented Jeremy Miliker), who lives with his mother, Helga (Altenberger), and her lover Günter (Lukas Miko). We first see Adrian near a river, where his mother and her friends seem ready to enjoy a night near a camp fire. The boy discovers an arrowhead, which seems to fire up his rich imagination prone to weaving adventurous stories. But what looks like it could be a happy night spent under the stars becomes much darker and more menacing as the audience soon realises that Adrian’s parents and their friends are drug addicts waiting for their next fix.

Exploring events that happened in his childhood, the 26-year-old director and screenwriter efficiently weaves together two worlds that should never meet. One of these worlds is that of Adrian, who seems blissfully happy in the family’s apartment, not understanding Helga’s and her friends’ drug habits. It is obvious that the mother desperately loves her son, and is always willing to accommodate the boy’s wild imagination through compelling stories, but it’s extremely hard not to cringe in horror when Helga is just as willing to accommodate her need for heroin and other drugs. One sequence, for example, in which Helga and Adrian prepare a “magic potion” (ie, an opiate concoction) with incantations and magic words, is the perfect example of Helga’s very flexible perspective on healthy family life.

There is something immensely disquieting in watching Adrian’s playful antics take place among adults slowly drifting into their drug-induced stupor, but The Best of All Worlds convincingly manages to prove that the two worlds can coexist naturally. For the audience, however, the juxtaposition feels like an abomination, a feeling augmented by efficient, highly visual methods used by the director to show that it is only chance that stops those habits from causing life-threatening situations.

Aided by Yoshi Heimrath and Paul Sprinz’s inviting camerawork, the director finds imaginative ways to show that Helga and her son live in the same world, but this world is observed and understood through very different lenses. Helga and her friends see the world through their addiction, which makes putting a child’s life in danger permissible and forgiveable, while Adrian watches the same world using his extraordinary imagination and his penchant for fantastic stories, in which valiant knights face horrible monsters. The great triumph of Goiginger’s screenplay is that it convincingly puts the two perspectives eye to eye and offers the audience a lesson about what is important in life.

The Best of All Worlds was produced by Austrian outfit Ritzlfilm and co-produced by Lailaps Pictures (Germany).

more about: The Best of All Worlds

The writer-director of The Best of All Worlds is filming with Austrian cult singer Voodoo Jürgens, who is also providing the songs

Review: Above the World

The 25th edition of Graz’s Diagonale unveils its programme

Besides picking up recent festival hits such as Sonne, Rimini and Great Freedom, the Austrian gathering is also showcasing new titles focusing on society and longing

The institution has backed the new films by Benjamin Heisenberg, Adrian Goiginger and Kurdwin Ayub 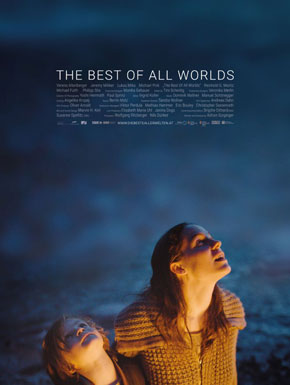 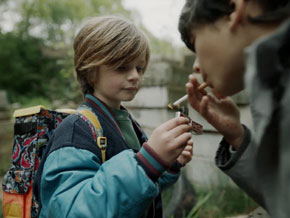 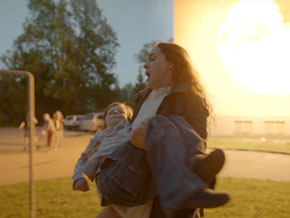 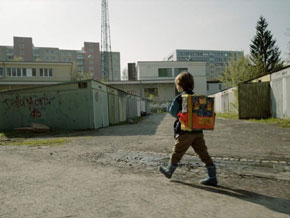 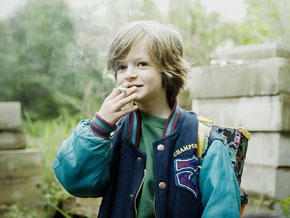