Arrhythmia: A couple out of sync

04/07/2017 - KARLOVY VARY 2017: Boris Khlebnikov's sixth feature is a comedy-drama that contrasts an intimate relationship with the intense professional lives of its characters

Russian filmmaker Boris Khlebnikov broke out internationally in 2003 with the now classic Roads to Koktebel (co-directed with Alexei Popogrebsky), which was awarded at the Karlovy Vary Film Festival. Five films later, he returns to the festival's competition with Arrhythmia [+see also:
trailer
interview: Boris Khlebnikov
film profile], a vibrant, engaging and realistic exploration of a married couple's relationship, both counterpointed and intertwined with their occupations in the medical profession.

Oleg (Khlebnikov regular Alexander Yatsenko) is an ambulance paramedic in his early 30s, talented and dedicated to his work, but who drinks way too much. His wife, Katya (Irina Gorbacheva, a revelation in a precise and nuanced performance), is a nurse in the hospital emergency room. As the film begins with the birthday party of Irina's father, where Oleg gets totally smashed, Katya texts him that she wants a divorce.

In parallel with their relationship, we follow a development related to the health-care reform in Russia. Oleg's new boss adopts new, absurd rules, which prioritise efficiency over the care of urgent patients, and our protagonist's creativity in bending the regulations for the sake of the ill and the hurt does not sit well with the bureaucrat. Throughout the film, we witness several exciting and humorous scenes of Oleg's and his team's interventions – rarely executed by the book, sometimes stemming from wrong decisions, but always with the patient's well-being as a priority.

Khlebnikov and co-writer Natalya Meshchaninova craft an inspiring, uplifting and completely believable story. While it is not exactly clear why Katya wants to divorce Oleg – as she does not shy away from drinking either and is not a disciplined prude who would nag her husband for every little thing – the place they find themselves in is recognisable for anyone who has ever had a long-term relationship. And they do not even get to really discuss their issues, owing to their work and lifestyles, sometimes just throwing accusations at each other. But it is very clear that their love is there – perhaps damaged, but alive.

The story is set in an unspecified mid-size city (it was shot in Yaroslavl, 250 km from Moscow), featuring a variety of modern and historic locations, and of course – as this is Russia – inevitable traffic jams for Oleg's ambulance to get stuck in. The setting lends a dynamic that goes deliciously hand in hand with the fast (but not music video-style fast) cutting by editors Ivan Lebedev and Yulia Batalova, and the sometimes hilariously deadpan and often dark humour. Khlebnikov keeps up an intense atmosphere throughout the film; it feels almost like a thriller in this respect, except that it is not gloomy or suspenseful, despite the motif of saving lives. We root for our heroes, and we see that they are actually a great couple – we want them to stay together. As the director makes it easy for us to accept their flaws, we want them to accept each other's, too.

Arrhythmia is a co-production by Russia's Mars Media Entertainment and CTB Film Company, Finland's Don Films and Germany's Color of May. Paris-based Indie Sales has the international rights.

KARLOVY VARY 2017: We caught up with Russian director Boris Khlebnikov, who is in the Official Competition with his new film, Arrhythmia

With a special focus on Russia and inviting mainly first-time feature directors, the initiative presented its line-up entirely online

Cineuropa caught up with Don Films’ Aleksi Hyvärinen, selected for EFP’s 2020 Producers on the Move, now working on the upcoming horror The Twin

"One of the biggest challenges is finding a TV station"

German producer Eva Blondiau, working for Color Of May, talks about her previous and future projects in the lead-up to the 2019 Producers on the Move

Les Valseurs is growing at an impressive pace

The young production and distribution company from Paris stands out with A Dog’s Death, Sole, Smuggling Hendrix and After Your Revolt, Your Vote!

The “Finnish Weird Wave” continues with Taneli Mustonen’s The Twin

After a triumphant foray into horror with 2016’s Lake Bodom, Mustonen and producer Aleksi Hyvärinen hope to repeat the success with the 1980s-infused The Twin

Review: Core of the World

The Brussels International Film Festival intends to offer a sizeable, popular cinema gathering in the heart of the European capital 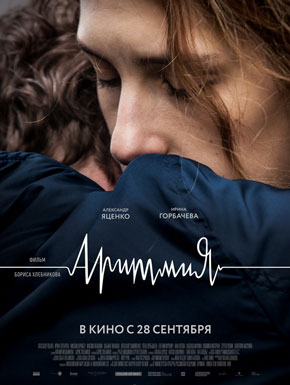 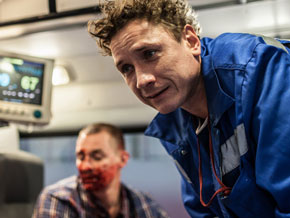 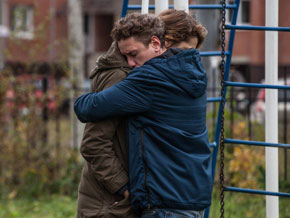 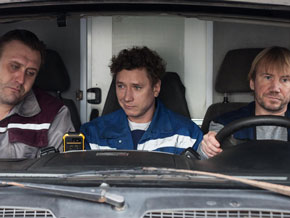 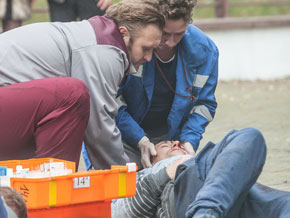 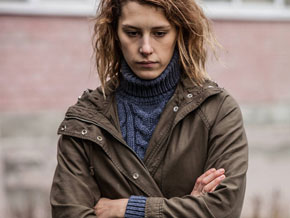