Birds Are Singing in Kigali: The ornithologist and the wounded birds

04/07/2017 - KARLOVY VARY 2017: The film by Polish directors Joanna Kos-Krauze and Krzysztof Krauze (who recently passed away) takes a brave and experimental approach to the consequences of the Rwandan genocide

Eliane Umuhire and Jowita Budnik in Birds Are Singing in Kigali

The brutal Rwandan genocide is one of the most inhuman and recalled tragedies of recent times on the African continent, and after being the subject of a number of films (including Hotel Rwanda [+see also:
film review
trailer
interview: Don Cheadle
interview: Terry George
film profile] by Terry George, which had the biggest impact on the general public), it is once again the focal point in Birds Are Singing in Kigali [+see also:
trailer
interview: Joanna Kos-Krauze
film profile]. The latest film by Polish directors Joanna Kos-Krauze and Krzysztof Krauze, which was presented in the official competition of the 52th Karlovy Vary international Film Festival, was born as a passion project of both directors, who were deeply interested in life on the African continent after living there for a time in their lives. Krzysztof unfortunately lost his battle with cancer when filming started at the end of 2014, and it was left up to Joanna to finish the film.

In the film, the genocide of the Tutsi by the Hutu government in 1994 is told through the story of Claudine (Eliane Umuhire), a Tutsi refugee who manages to escape the country and the horror it has been plunged into with the help of Anna (Jowita Budnik, who previously played the role of the protagonist in Papusza [+see also:
film review
trailer
interview: Joanna Kos Krauze
film profile], the filmmaking duo’s previous film), an ornithologist tasked with studying the region’s vultures with her colleague, Claudine’s father. Nonetheless, the essence of the story is not the characters’ experience of the genocide as it happens, but the consequences it has on those who endured (and survived) it.

Hidden between the cages of the dead vultures that Anna removes from the area under Hutu control for research purposes, Claudine manages to escape the atrocities and follows Anna to her homeland, Poland. But once they get there, the pain dogging the two women is too great to let them get on with their lives in peace. Fighting the Polish asylum rules for refugees, the protagonists find themselves trapped in an excruciating situation that exhausts both the characters and the audience. The film portrays this situation using impossible frames, often full of visual obstacles, and jarring editing, which demonstrates uncompromising visual creativity worthy of the bravest of experimental film. Of particular importance in the film are the shots in which the camera captures nature at its most insatiable and grotesque (vultures eating carrion, the full-functioning intestine of an animal, the still-beating heart of a fish that has been ripped from its body).

The film becomes particularly meaningful when it broaches its theme in a distant and uncompromising way, especially when the protagonists return to Rwanda to face up to the wounds of the past. "This land will not be at peace for hundreds of years", says one character, while Claudine says, distressed and inconsolable, "here there are no birds, just dead silence".

Birds Are Singing in Kigali is a Kosfilm production made in partnership with Telewizja Polska, Odra-Film, Narodowe Centrum Kultury, Studio A, and the Polish Film Institute.

more about: Birds Are Singing in Kigali

KARLOVY VARY 2017: We caught up with Polish director Joanna Kos-Krauze, who is in the Official Competition with her new film, Birds Are Singing in Kigali

The tenth-anniversary edition of CinÉast kicks off in Luxembourg City

Seventeen titles are duking it out for the festival’s top prize, the Golden Lions 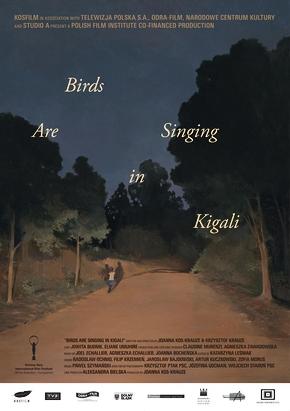 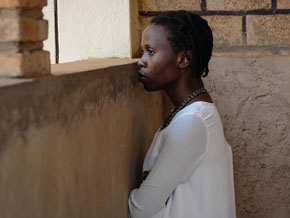 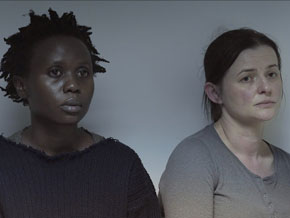