Dede: The tough traditions of the Georgian region of Svaneti

05/07/2017 - KARLOVY VARY 2017: Georgian director Mariam Khatchvani examines the customs that still persist today in the region where she was born

Young Georgian director Mariam Khatchvani's short film Dinola, made as a sort of a test for a feature film, scored an EFA nomination in 2013. The film dealt with the specific traditions of the mountainous region of Svaneti, where the director herself hails from. Now, her fully fledged feature on the same subject, Dede [+see also:
trailer
film profile], has world-premiered in Karlovy Vary's East of the West section.

The film opens in 1992, as David (Nukri Khatchvani) and Gegi (George Babluani) return to the former's home village from the war. Gegi saved David's life, and David insists that he spend some days as his guest, and stay for his wedding with Dina (Natia Vibliani). But Dina and Gegi have seen each other before, and there was a spark of romance, so the girl tells her family that she wants out of the arranged marriage. Her grandfather does not want to hear of it, as copping out would bring shame to their name.

Of course, this puts Gegi and David in a conflicted position, and when David invites him (angrily) to go hunting, together with Dina's neighbour and childhood friend Girseli (Girshel Tchelidze), it results in an unexpected, off-screen death: David has committed suicide. So Gegi takes Dina to his village, and the story continues five years later, when we see them with a son.

After Gegi dies, Girseli wants to take Dina as his wife – he has been in love with her since they were children. Despite the local priest telling him that some traditions and customs should be forgotten, he persists, and kidnaps her. But Gegi's father does not want to let his grandson leave the family.

There are many other strands to the story, which primarily deals with these old-fashioned, often cruel customs, but Khatchvani handles them as telling examples, rather than a united narrative. The film is completely dedicated to the gorgeous region of Svaneti, its magnificent mountains and its traditions, with plenty of folk music and lullabies, superstitions, handicrafts and hunting. Most of the scenes with strong dramatic potential are left off-screen, which is partly the result of a low budget and complicated production circumstances: in addition to shooting on such a harsh terrain without any infrastructure, part of the cast got arrested by corrupt police and jailed for six months. On the other hand, all of the actors, with the exception of Babluani, are non-professionals, and while Khatchvani opted for them because she insisted that the film be in the local Svanesh dialect, spoken only by some 10,000 people, she may have also judged that they could not take on strong dramatic material.

The roughness and beauty of the setting and the rawness of the aesthetics and the directing approach should secure Dede (which in the Svanesh dialect means "mum") further festival slots, and as an anthropological study, it is very attractive and intriguing. The obsolete customs that still persist today, where everything is about a family's honour and where a woman has no say in anything, including her own children's fate, can be enraging, but Khatchvani's perspective ensures that the audience sees both the best and the worst from her home region.

Italy’s Dario Albertini has won the Golden Antigone at the 39th Mediterranean Film Festival; the Audience Award went to Dede by Mariam Khatchvani

Dede: The tough traditions of the Georgian region of Svaneti

KARLOVY VARY 2017: Georgian director Mariam Khatchvani examines the customs that still persist today in the region where she was born 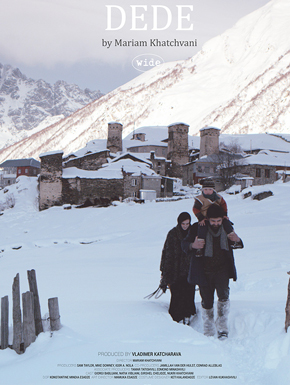 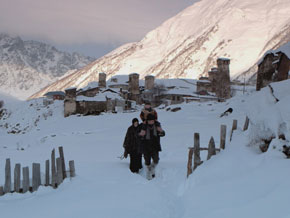 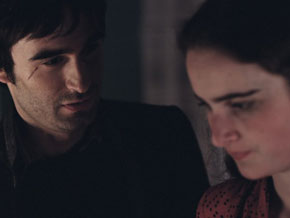